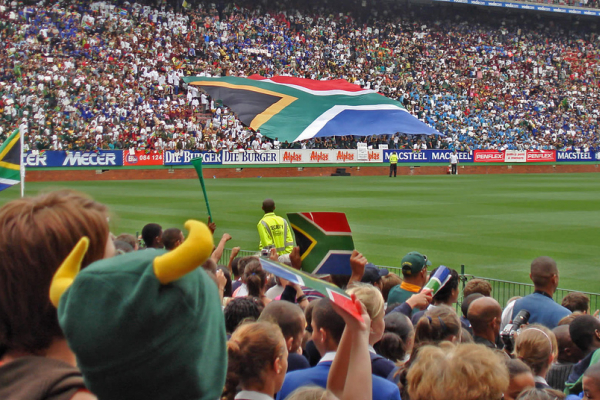 Photo: warrenski
Get ready for the 2010 World Cup as Matador Sports profiles the tournament’s teams. This week: South Africa.

Following their defeat in the 2002 tournament, South Africa made a string of coaching changes, six in total, in hopes of restructuring their fledgling organization. The team’s current coach, Joel Santana, has a reputation for rescuing teams on the brink of disaster. 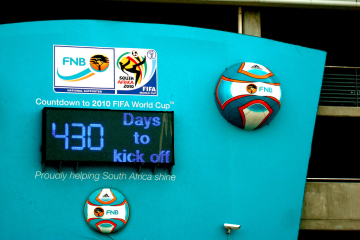 Known for his focus on scoring prevention, Santana has surrounded himself with some exceptional talent in the defensive area. The cornerstone of Santana’s squad is team captain Aaron “The Axe” Mokoena. Touted as the youngest South African to play on the world stage, Mokoena made more than 25 international appearances before the age of 24, with a total of 90 appearances to date.

Santana has recently gone on the record to state that he’s still looking at both Morris and McCarthy to fill the squad for 2010, but remains open to picking others.

If previous years’ performances are any indication, the South Africans have a hard road ahead of them. At the very least, South Africa could expect to surpass the records set by previous teams, providing they improve their experience and record in upcoming friendlies.

Record in international friendlies for 2009: 1-3

Can’t wait for the Cup to start? Read up on South Africa with Matador Travel’s South Africa destination blog.

Be sure to check in soon for our next World Cup team profile: North Korea.