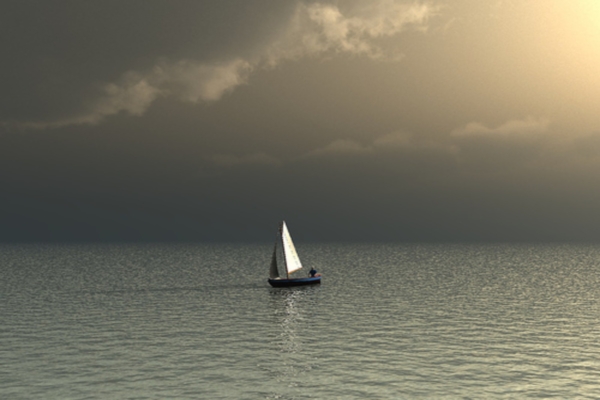 Even the most experienced athletes have little say when the forces of nature step in.

LAST WEEK, I wrote about 16-year-old Abby Sunderland’s failure to circumnavigate the planet by sailboat, which is causing a stir online.

Opinions vary. Some people expressed relief and messages of support for Sunderland when she turned up last week after going missing in a storm. Others believe that Sunderland was too unprepared for the journey, and her parents were irresponsible.

While irresponsibility and lack of preparation may have been factors, and the Sunderland name has been further tarnished with the alleged signing of a reality television show contract, the truth is that anyone can get lost at sea.

Take Mike Collins, for example. He’s an experienced sailor who has made several ocean crossings, and yet he still nearly had a fatal accident. Collins bought a restored sailboat from a cabinetmaker in Key West and was sailing the boat back to Fort Lauderdale, when he was caught in a sudden storm. 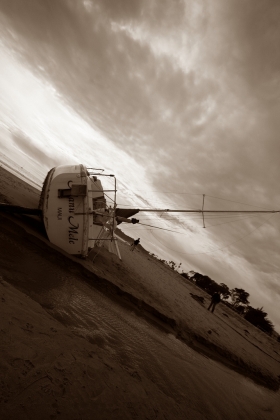 The mast cracked in half, causing Collins to break his arm and the boat to stop moving. The previous owner had apparently patched the mast with paint and caulk, which Collins describes is “not unlike wearing black socks to fix the hole in your boots.”

Where did they go wrong? It’s hard to pinpoint just one thing. Cooper, who owned the boat, was an experienced sailor and often took his buddies out on fishing trips. On that day there was some problems with the anchor, which caused the boat to overturn. The men were stranded in the middle of the ocean for a few days, during which time all but Schuyler succumbed to hypothermia.

A quick Google search for “experienced boater dies” will bring up dozens of results, including a number of accidents in the past few months.

A married couple, Jeffrey and Beth Easterling, were knocked overboard in the waters around San Francisco. Despite Jeffrey’s experience sailing the boat for more than 25 years, with a reputation for even conducting safety drills on deck, even they could not be prepared for every danger.

While it’s true that more years of experience generally means a better understanding of how everything works, some factors simply can’t be predicted. Most of it comes down to Mother Nature and how she throws her punches.

A freak storm sneaks up, or some gear malfunctions. We get left to your own devices. So what are we supposed to do, sit around and fear failure? Do we live a life without risks?

With so many people completing journeys around the globe, disaster seems bound to happen at some point. What do you think, is it all a game of chance?