HOW DO YOU PUT TOGETHER a single collection of photos to represent a nation? It would be a tall order for any country, but particularly one as expansive and diverse as Canada.

We’re talking 4,300 miles from the beaches and skyscrapers of Vancouver in the west to the colorful rowhouses of St. John’s on the Atlantic. The territory between encompasses every natural landscape you can think of — towering mountains, badlands, bucolic prairie, sprawling forests, and mighty lakes and rivers — as well as dozens of vibrant cities. And the people who inhabit those cities are just as varied as the land, from the 600+ First Nations of indigenous Canadians, to the Francophone Québécois, to the Scottish heritage of Nova Scotia, to the rich cultural milieu of more recent immigrants.

All this to say, there is no single gallery of images that can truly capture the essence of Canada. What follows is our best attempt — if we’ve done our job, it’ll inspire you to hop across the border and get your own look at one of the world’s most exciting countries. 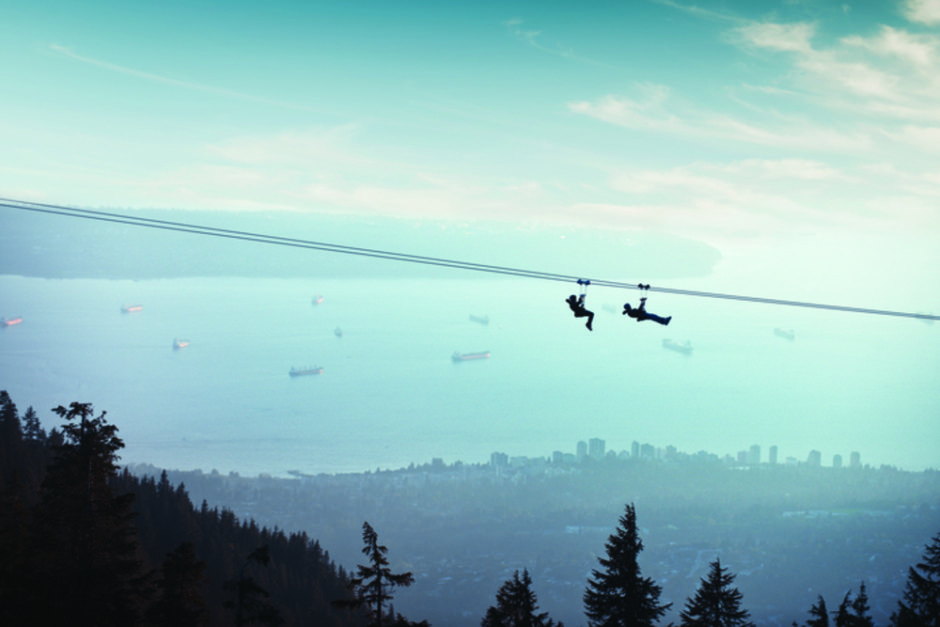 There are several options to get your adrenaline pumping in and around Vancouver, and one of them is ziplining over ancient forest, across peaks, and through canyons at Grouse Mountain. This zipline center is less than a 30-minute drive from Downtown Vancouver; shuttle and public transport options will get you there easily if you don't have a car.
Photo: Grouse Mountain 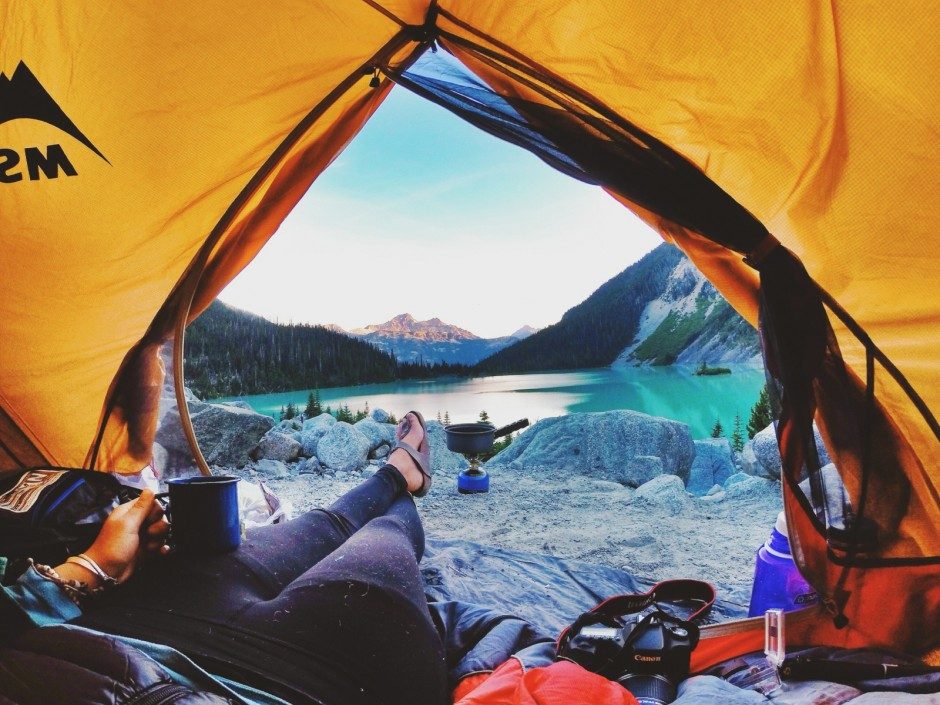 An hour north of Whistler, BC, Joffre Lakes Provincial Park is less than three hours from Vancouver. The park is famous for its three ridiculously blue alpine lakes. The farthest from the trailhead is a 6-mile (steep, uphill!) hike with views that make the trek totally worth it.
Photo: Mirae Campbell 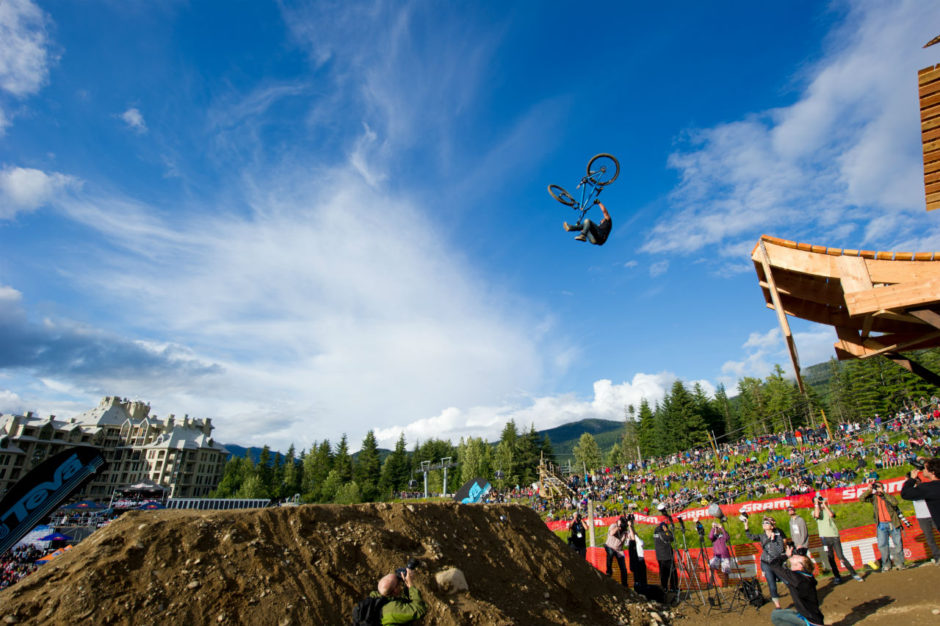 Whistler isn’t just one of the world's top skiing destinations; it’s the final stop of the Crankworx World Tour, featuring the globe's top downhill, slopestyle, and enduro stars as part of a 10-day festival each August.
Photo: Mike Crane for Tourism Whistler

Travel12 Incredible Experiences You Need To Have in Canada 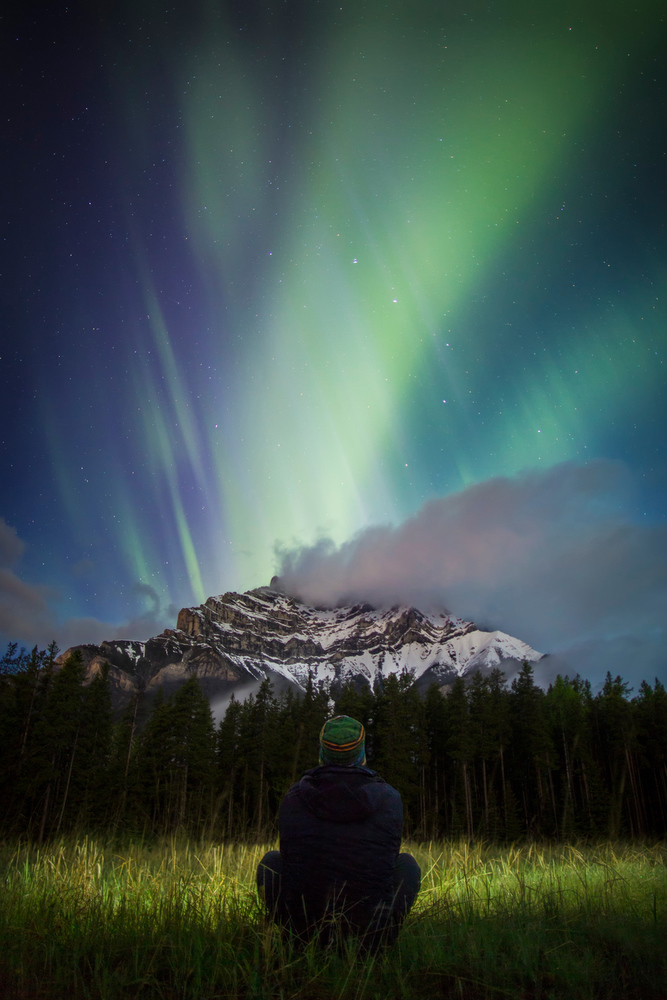 Seeing the aurora borealis is on many travelers’ bucket lists, and in Canada you don't have to go too far to do so. This shot of Cascade Mountain was taken right next to the town of Banff, about an hour-and-a-half drive from Calgary International Airport.
Photo: Paul Zizka for Banff & Lake Louise 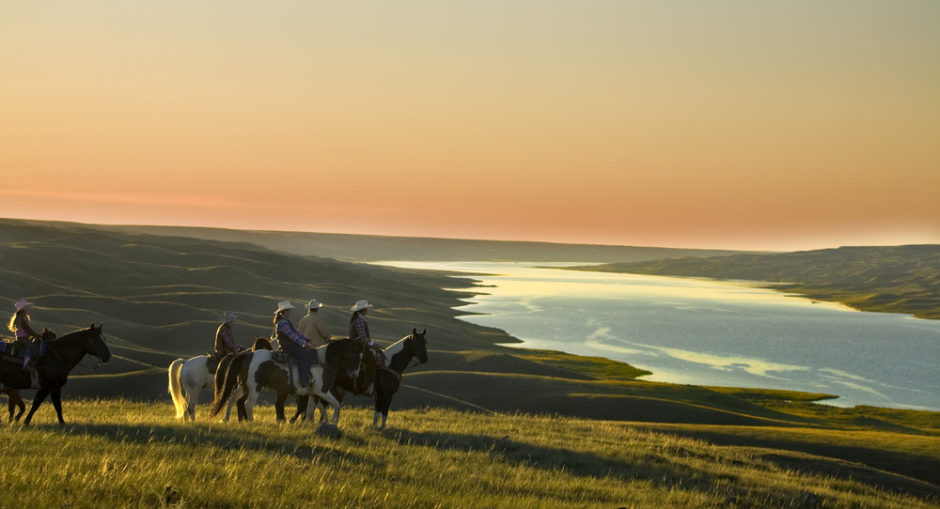 Ranch life is alive and well in the Saskatchewan prairies. Try your hand at being a cowgirl or boy for the day with a stay at a ranch like La Reata, a few hours south of Saskatoon, and expect lots of horseback riding, steak dinners, and cowboy tales.
Photo: Greg Huszar Photography for Tourism Saskatchewan 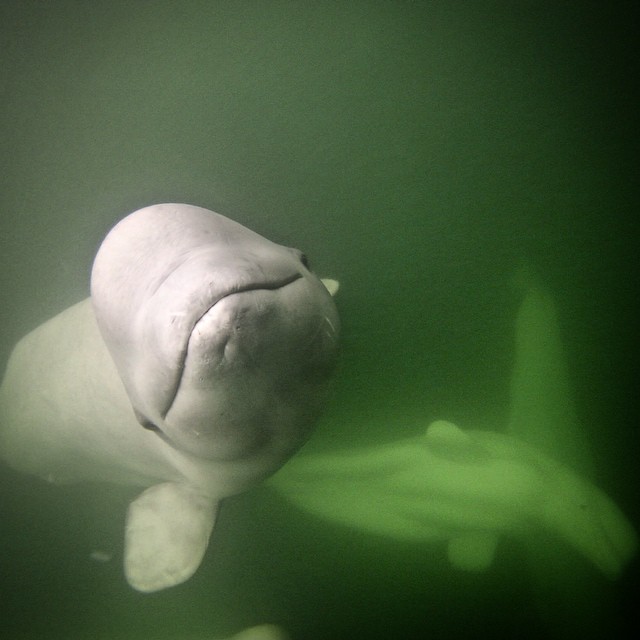 Churchill, Manitoba, is probably best known for its polar bears, but the Hudson Bay coastline is also home to the world’s largest population of beluga whales—more than 57,000 hang out in these waters from mid-June to mid-September. And you can snorkel with them!
Photo: @discover_churchill 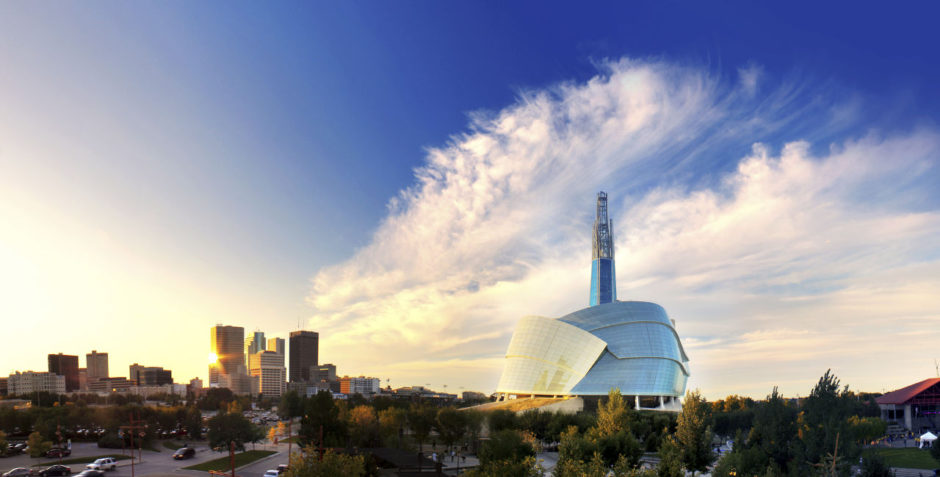 Opened in 2014, the Canadian Museum for Human Rights is the first national museum to be built in Canada for half a century. It's also the first museum wholly dedicated to the evolution, celebration, and future progression of human rights. Its design comes courtesy of American architect Antoine Predock, and permanent galleries at the Winnipeg museum include Turning points for humanity, Rights today, and Inspiring change.
Photo: iStock.com/OlgaRadzikh 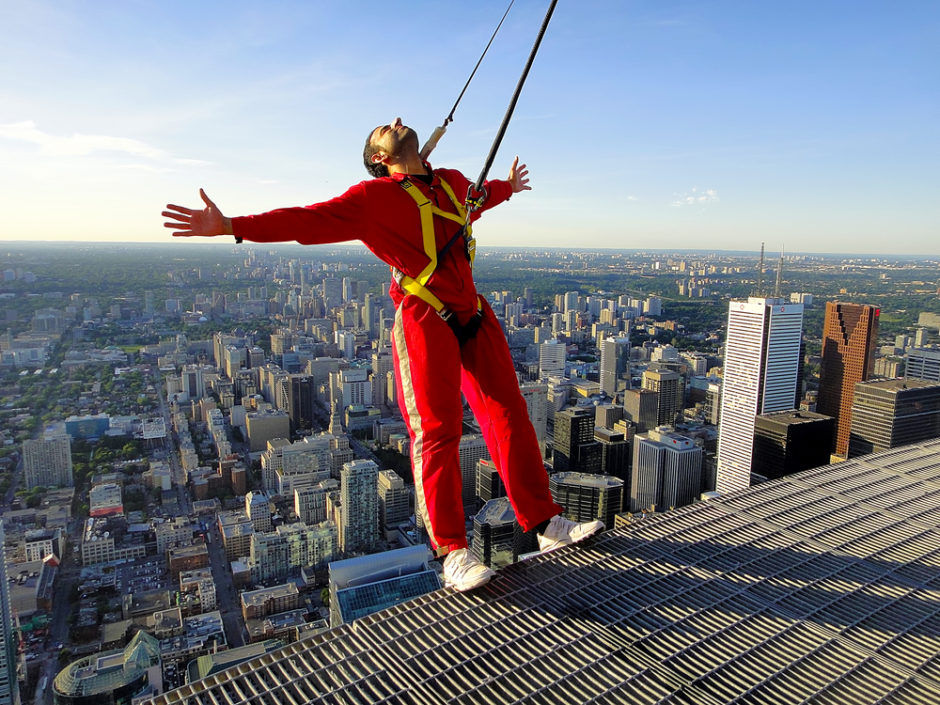 At more than 1,800 feet tall, the CN Tower held the record for world's tallest freestanding structure and tallest tower until Dubai’s Burj Khalifa eclipsed it in 2010. For the ultimate views of Toronto, take on the EdgeWalk and you’ll be heading outside for a (safely harnessed) walk around the roof of 360 Restaurant.
Photo: Destination Canada 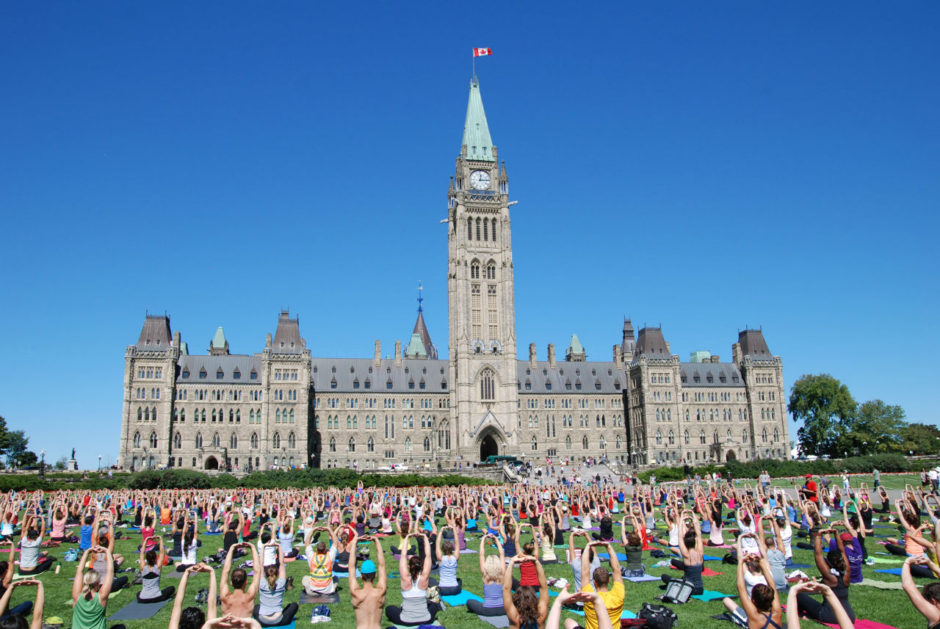 Yoga on Parliament Hill in Ottawa

Home to Canada's Parliament (and yogi Prime Minister Justin Trudeau), “The Hill” attracts around 3 million visitors annually. Midday on Wednesdays throughout summer, there’s also free yoga on the lawn. Bring your own mat, and the teacher will help you with the rest.
Photo: Ottawa Tourism 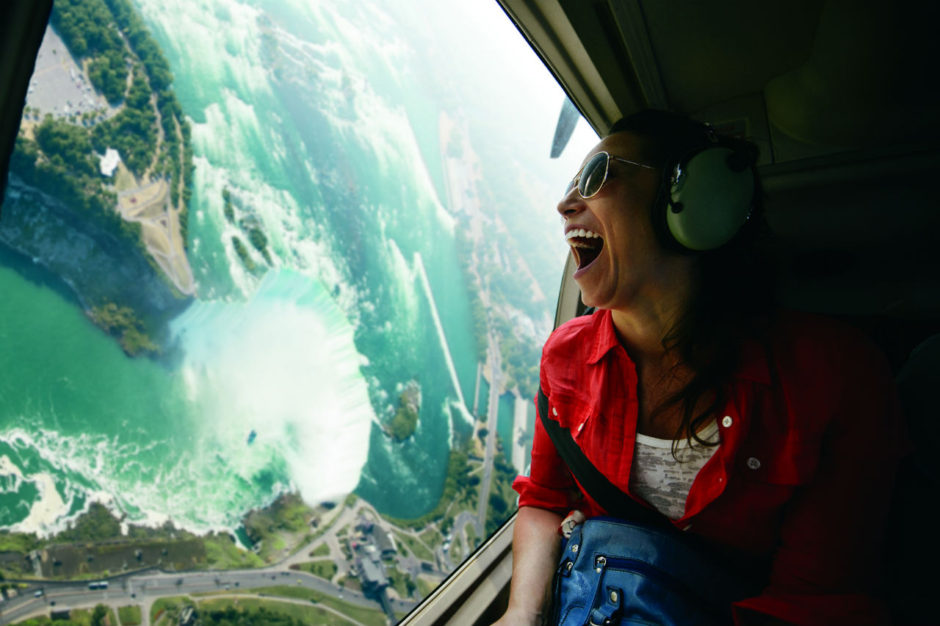 One of the world’s most voluminous waterfalls, Niagara Falls sees more than a million bathtubs' worth of water plummet over the edge every second. Pictured is the Horseshoe Falls section of Niagara, as seen on an aerial tour; it lies almost entirely on the Canadian side of the US-Canada border.
Photo: Destination Canada 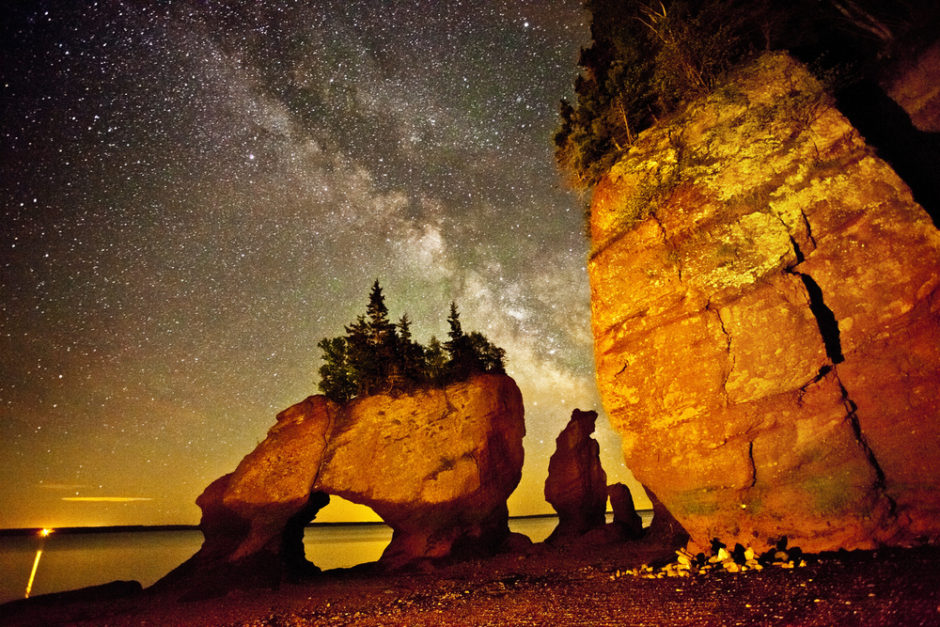 Atlantic Canada’s Bay of Fundy is home to the highest tides on Earth—100 billion tons of seawater flow in and out of the bay twice a day. There are many ways to explore the area and experience the tides, including hiking in the parks, sea kayaking, and rafting on one of its tidal rivers. Pictured above is Hopewell Rocks at low tide, when you can walk among the towering formations. When the tide is high, explore the pinnacles by kayaking in, around, and through them.
Photo: Destination Canada 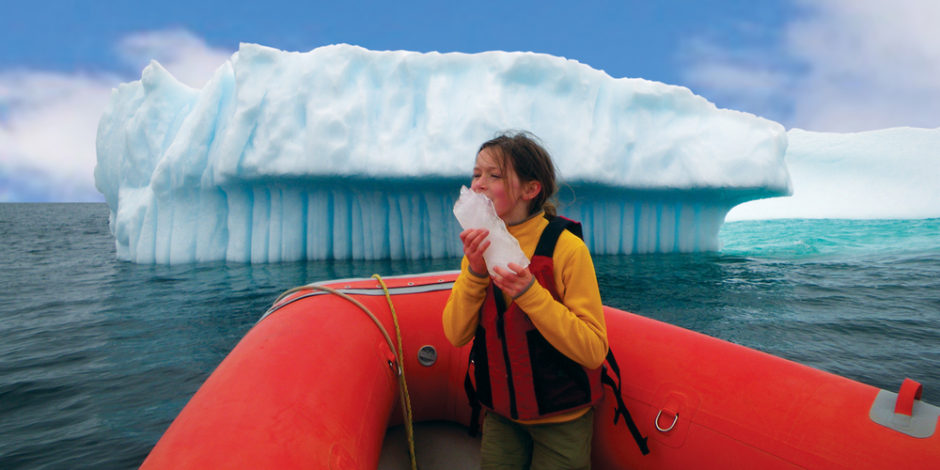 Icebergs off the coast of Newfoundland and Labrador

Spring and early summer is the best time to see icebergs in Newfoundland and Labrador. From Twillingate to St. John’s, options for viewing the blue-white blocks of ice include hiking along the shore, taking a boat tour, and heading out on a sea kayak. Look for humpback whales and puffins while you’re by the water. And to keep track of the movement of 10,000-year-old icebergs, check out this website.
Photo: Linkum Tours 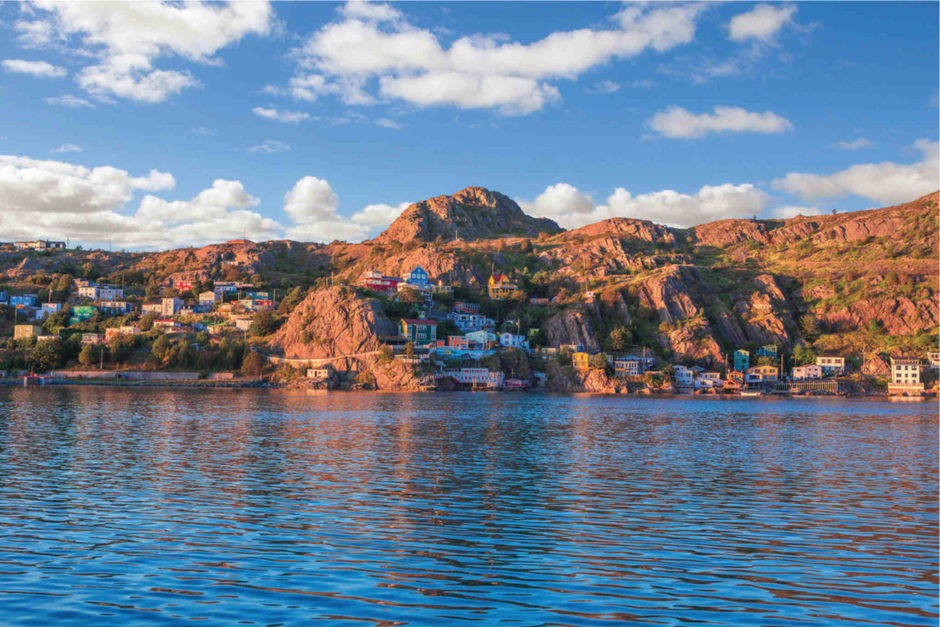 The Battery, a colorful neighborhood on Slope Hill, St. John’s, protected the city harbor during both World Wars. It’s a particularly photogenic spot, though that’s something that could be said for practically every nook of the Newfoundland capital.
Photo: © Copyright Barrett & MacKay Photo for Newfoundland and Labrador Tourism 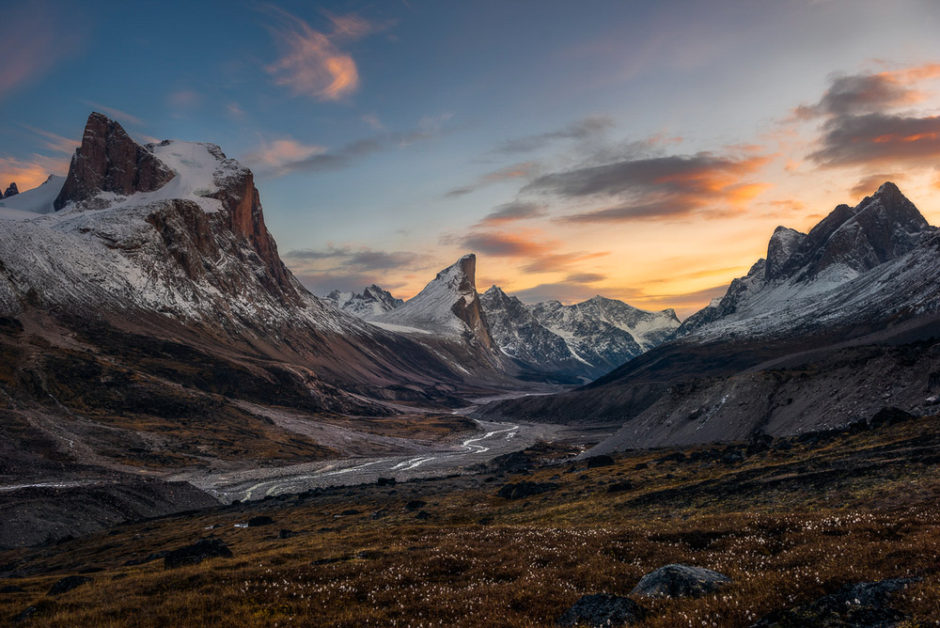 Mount Thor—the dramatic peak in the middle of this image—lies in Nunavut's Auyuittuq National Park. At 4,100 feet, it has the largest vertical drop of any mountain on the planet, making it a world-class challenge for hardy rock climbers. And one amazing photo subject.
Photo: Artur Stanisz for Nunavut Tourism

This post is proudly produced in partnership with Destination Canada.
Tagged
Galleries Insider Guides Canada Canada: Keep Exploring
What did you think of this story?
Meh
Good
Awesome
✖
travelstoke
Download the mobile app
stoked by