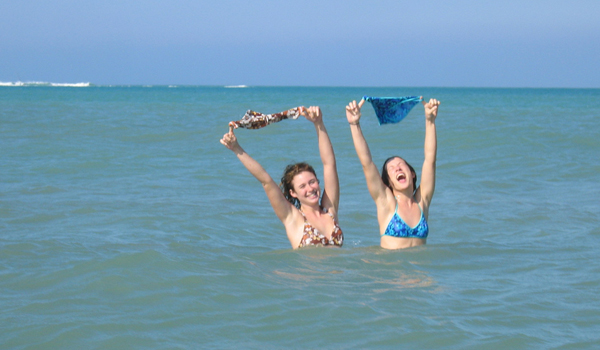 More centrally located in the Sunshine State than Haulover, Apollo Beach is at the north end of Canaveral National Seashore, an undeveloped area (i.e., few amenities) shared by hardy beach enthusiasts and a number of endangered species under the protection of the U.S. National Park Service.

“What’s not to love about a nude beach in Florida?” says Steve Vickers, 28, who works for AANR (the American Association for Nude Recreation). “It’s a great place where my friends and I escape for a ‘detox weekend.’”

Available parking (in lot number 5) has not kept up with the demand, so plan to arrive early. And don’t come expecting a bird’s eye view of a shuttle launch: Apollo is closed the week of a planned space shot.

Hanlan’s Point Beach was an experiment that succeeded: nude sunbathers who had been frequenting the place for years persuaded local authorities to declare it officially clothing optional on a trial basis, and it soon became more popular than the “textile” (i.e., swimsuit) area.

Access to Hanlan’s Point is via a 15-minute ferry ride from downtown Toronto, followed by a 10-minute walk to the clothing optional area of the beach. The Hanlan’s Beach Naturists have equipped the beach with courts for playing volleyball, European “lengoteke” and French petanque. www.pathcom.com/~frebeach 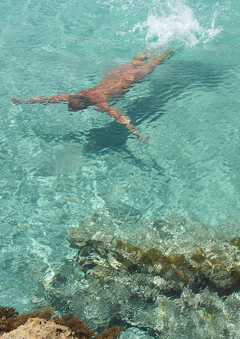 Gunnison Beach, the largest clothing optional beach on the Atlantic coast of the United States, is one of several beaches in northern New Jersey’s Gateway National Recreation Area. Located on the Sandy Hook peninsula, Gunnison affords a panoramic view of New York Harbor and the famous skyline of lower Manhattan.

Legally recognized as clothing optional, with official signs, a lifeguard and police protection, Gunnison’s proximity to metropolitan New York means it can draw in excess of 5,000 visitors a day on a sunny summer weekend. gunnisonbeach.org

The Beijing Olympics are over, but there’s no need to wait another four years to watch – or even participate in – riveting Olympic games of a totally different sort: the annual Nude Olympics held every November at Samurai Beach on Australia’s east coast.

Located within the bounds of Tomaree National Park, about 120 miles north of Sydney, ruggedly unspoiled Samurai Beach was one of the first legal nude beaches Down Under. Even when not hosting events like the Nude Torch Relay, the fun-loving Samurai Beach crowd gets to frolic in the Pacific Ocean in gorgeous weather all year round. 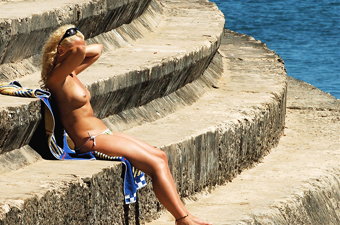 All of the beaches on tiny St. Barts are topless (that good old French influence), and two of them are topless and bottomless, Anse de Grand Saline and Anse du Gouverneur. Lesser known than the clothing optional Orient Bay Beach on St. Martin, these fairly long beaches are consequently less crowded.

On the other hand, neither Anse de Grand Saline nor Anse du Gouverneur have any facilities whatsoever — no food or drink for sale, changing facilities or even public restrooms – so come prepared.

Watch the legendary video of Matador editor Tim Patterson getting naked in Patagonia and flapping his arms like a condor: http://ca.youtube.com/watch?v=jFnOhCNBmBg

Prev Page
Tagged
Trip Planning
What did you think of this story?
Meh
Good
Awesome

39 of the most breathtaking natural wonders in the world
Flights to nowhere are growing, and they’re an insult to the planet
6 of the most remote wineries in the world
Volunteering on national public lands is easy and very gratifying. Here’s how to do it.
David Attenborough joins Instagram and gains millions of followers in just one day