The most convenient way to bail on early morning airport commutes and drab roadside chain motels is to stay nearly adjacent to your departure gate. Airport terminal hotels are increasingly common around the world, and many of them are full-on luxury experiences despite the fact that the main reason for staying in them — late-night arrivals and early-morning departures — generally means you won’t have time to appreciate all of the amenities. But if you end up with a super long layover or a dreaded flight cancellation, you could do worse than staying at these airport terminal hotels. Just try not to sleep in and miss your flight, considering you’re right next door.

We hope you love the airport hotels we recommend! Just so you know, Matador may collect a small commission from the links on this page if you decide to book a stay. Listed prices are accurate as of the time of publication.

The Fairmont Vancouver Airport has the brand’s standard trimmings. An upscale restaurant in the lobby hosts live music and a bustling bar scene. The rooms are hyper-modern and kind of feel like corner-office suites. What makes this hotel worth the stay, beyond its 30-second walk to the ticketing check-in counters, though, is the view. From your room’s massive bay windows, you can spot the differences between a 737 and an Airbus A320 with the help of a complementary “plane spotting guide.”

Here, travelers can experience the city’s hospitality without ever leaving the airport. Fairmont operates another pristine property in Vancouver, one high on the list of the world’s best airport hotels. The Fairmont Vancouver Airport is located inside the international terminal, though once inside one of its soundproofed rooms you’d hardly know you were there. Until, of course, you look out the window over the tarmac and with the help of a provided “plane spotting guide” begin identifying each type of aircraft parked below.

Airport hotels exist to serve a primary function of convenience. The Fairmont Vancouver Airport accomplishes this with a walk of fewer than five minutes to both baggage claim and the check-in counters of all major carriers serving the airport. What makes this hotel unique, though, is that it’s as much of an escape from the hectic nature of air travel as it is a play on convenience. On the backend of my recent trip to British Columbia, I stayed here the night before a 9 am flight back to Colorado. The Globe@YVR restaurant serves fresh, upscale fare. I chose a table by the fireplace and opted for what proved to be an excellent Vongole Pasta with manila clams, paired with an Amber Ale from the city’s Stanley Park Brewing.

The lounge frequently hosts live acoustic music. There’s a pool and hot tub, along with a large fitness center, for those staying long enough to dig their swimsuit or workout clothes out of their pack. All rooms feature a large en-suite and work desk. In a nod to the frequent comings and goings of its guests at odd hours, the hotel accommodates room service orders to fit travelers’ schedules, reservable in advance or whenever hunger strikes. I rested easily on the pillowtop bed and enjoyed watching the early-morning flights depart from their gates as I sipped coffee in the morning. In what was a busy trip to the north of British Columbia, my nights in Vancouver proved a tranquil escape from the madness. 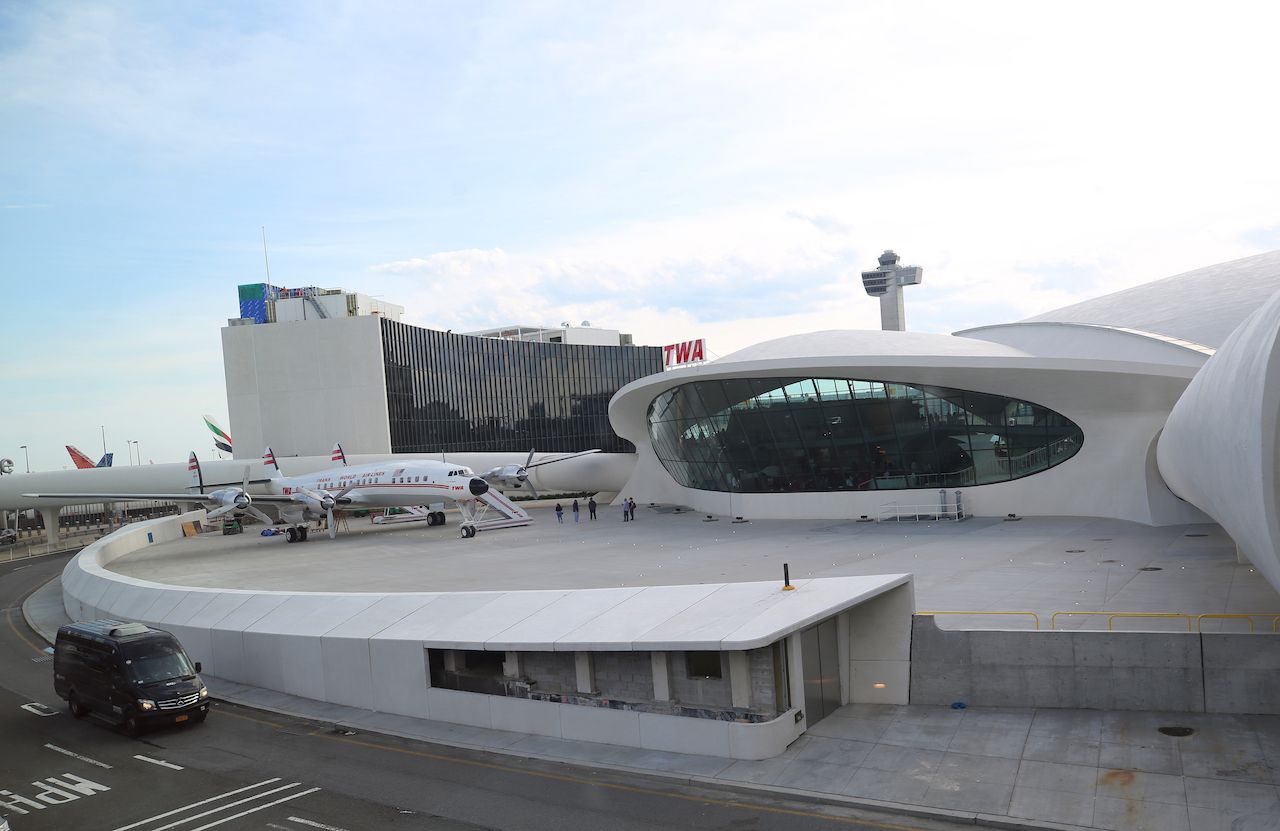 Gone are the days of actually having to head into Brooklyn to experience New York’s epic food hall scene. The new TWA Hotel, which opened this year at JFK, throws the airport experience back to when flying wasn’t just enjoyable — it was classy. A cocktail lounge occupies an old TWA airplane, and runway-side rooms offer front-row seats to planes lifting off. There’s also an infinity pool overlooking the runway, which we suppose gives departing passengers something to look at instead of that seatback magazine.

You’re likely going to be drinking a good amount of beer while in Munich, so make your departure as responsibility-free as possible by staying at the Hilton Munich Airport. It’s walking distance from both Terminals 1 and 2 and is designed to feel like you’re in a luxury lodge high in the Alps. Charles Lindbergh, the hotel’s upscale buffet restaurant, switches up its themed buffets each week, taking inspiration from other countries — which should make a nice break from the schnitzel and pretzels you’ve gorged on throughout your time in Munich.

Denver’s airport is 27 miles from downtown in a setting that looks more like the open plains of the Midwest than the jagged mountain landscape that Colorado is known for. If you’re staying anywhere west of Aurora, an early morning flight means leaving the hotel before sunrise and slogging across I-70 towards the plains. Or you could book a room at the Westin Denver International Airport, an addition to the Jeppesen Terminal that opened in 2015. The hotel was built to look like those little airplane wing pins that airlines used to give out to kids back when legroom and free checked bags were a normal thing. It features an in-house art gallery and an outdoor plaza that hosts everything from business meetings to an annual beer festival, and when the time comes to actually head to the gate, the security checkpoint is just downstairs.

Check out Matador’s guides to the best airport hotels in US cities: 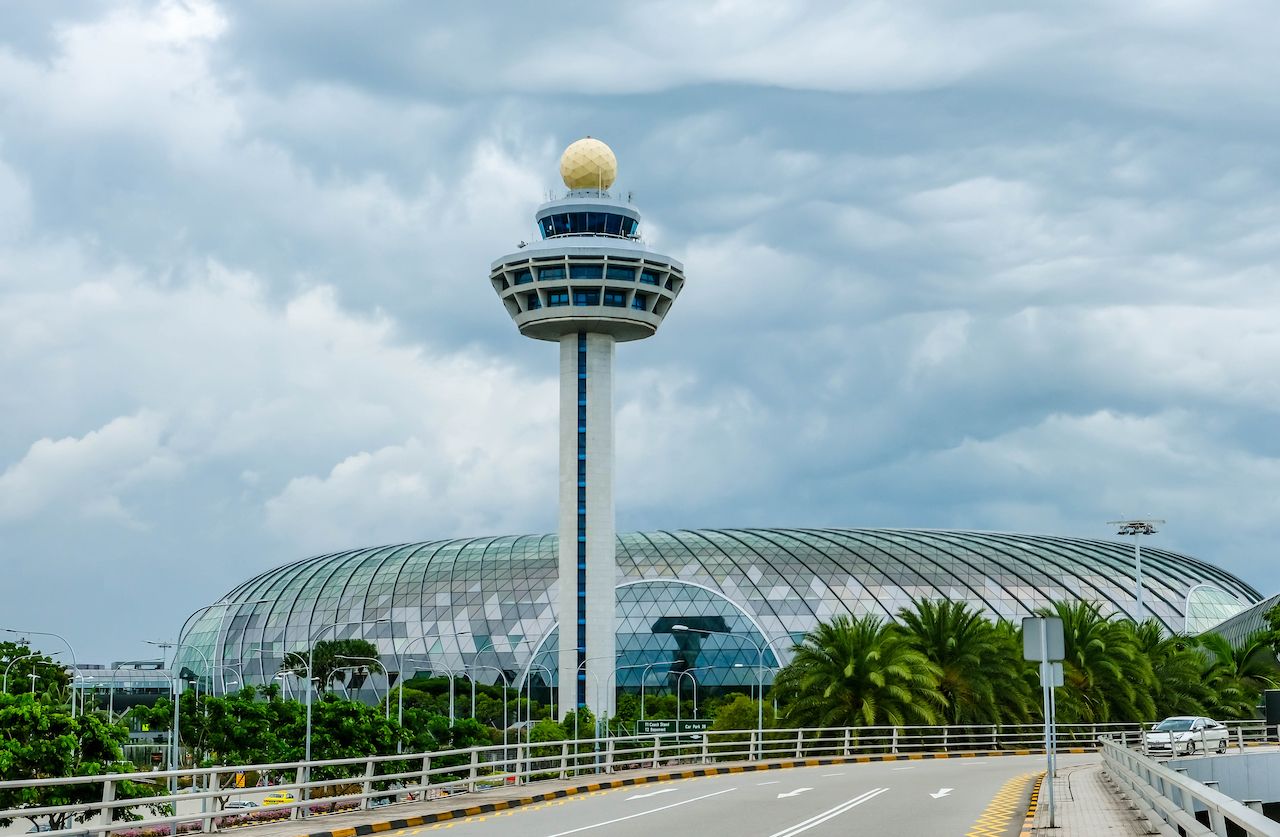 As far as modernity and architecture are concerned, Singapore is the best-looking city in the world. The Crowne Plaza Changi keeps up the image within the already ridiculously attractive Changi International Airport. It’s located within Terminal 3’s Skytrain reach and comes with access to Jewel, the self-described “rain vortex” inside the terminal that is actually the world’s largest indoor waterfall, inside the hotel’s Forest Valley. This sounds like something out of Fern Gulley, and that’s pretty much what it is. It can go toe to toe with the Gardens by the Bay as the coolest thing you saw in Singapore. 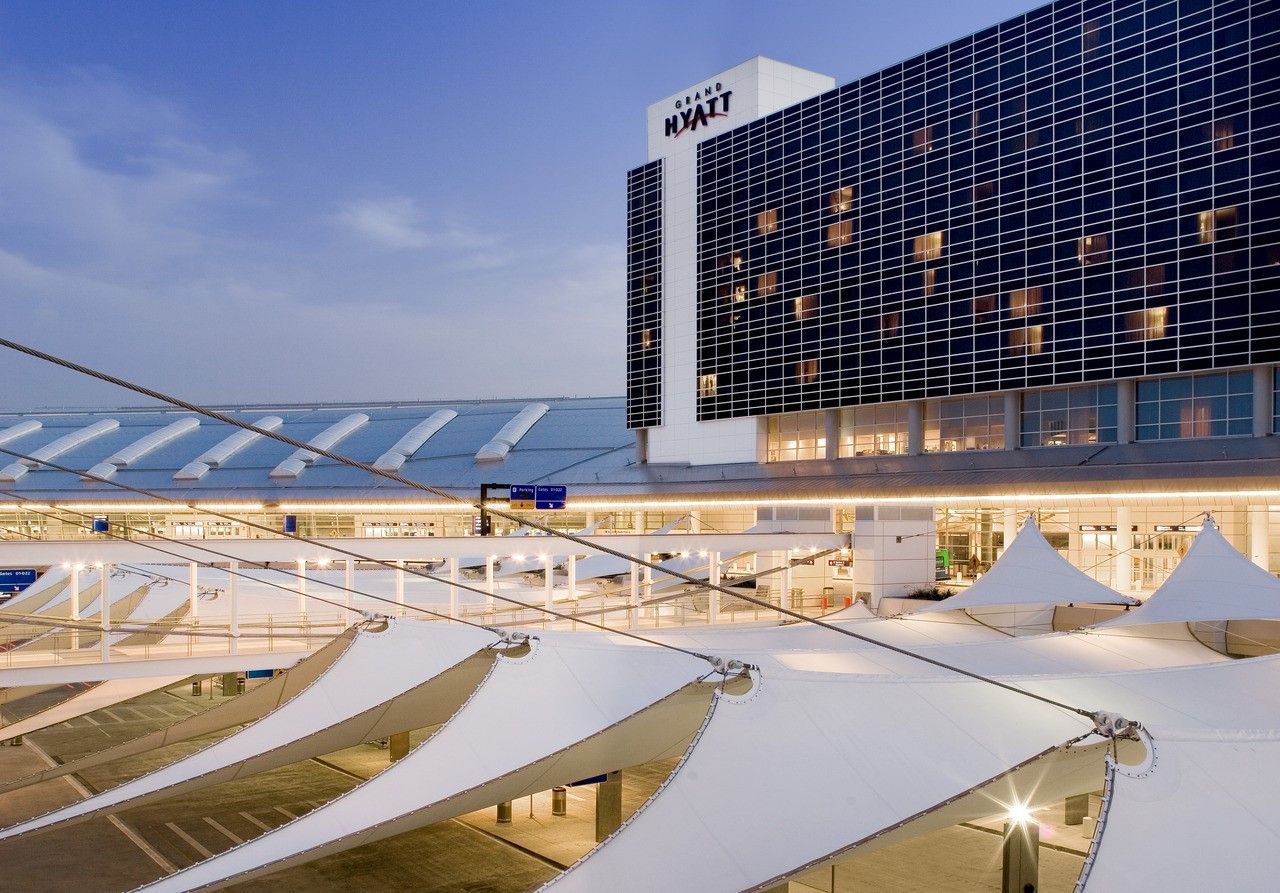 You don’t have to dive into the Gulf of Mexico to do some saltwater swimming in Dallas if you pay a visit to the rooftop saltwater pool at the Grand Hyatt DFW. Another cool thing about staying inside the Dallas airport is that you can actually walk to the airport’s best food court and some great shops pre-security, which is ideal for acting like you totally didn’t forget to buy your significant other a gift on your trip. If a bit of privacy is in order, order room service from the McCoy’s Bar & Grill inside the hotel. 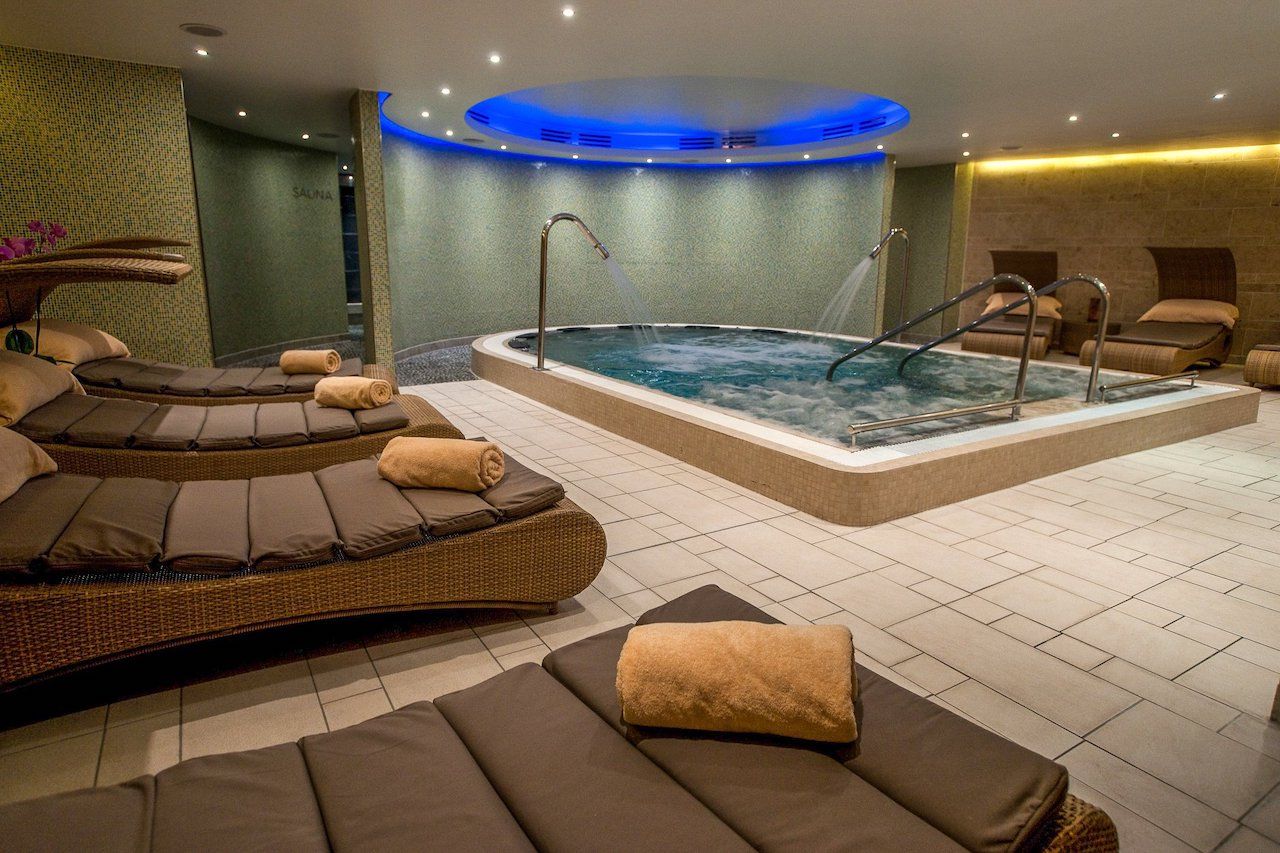 Sofitel apparently set out to build London’s best spa inside Terminal 5 at Heathrow Airport. Whether or not you were overwhelmed by the massive urban jungle that is London, the Sofitel London Heathrow is worthy of your final night in town, if only because of the spa. There’s also a Champagne bar for those who have had their fill of gin. Either option is the perfect way to celebrate the fact that you don’t have to worry about missing your tube time in the morning.