Argentina has many campgrounds but the beauty is that you don’t need to depend on them. Boondocking is allowed and very common indeed. The most extraordinary camping spots are in the back of beyond, only reachable by car or motorcycle (or the very persistent cyclist). That’s why Argentina is such a perfect country to go overlanding: travel it with your own (motorized) vehicle.

Argentina is high on the list of overlanders who ship their vehicle to South America and explore its its remote landscapes for months at the time. If you don’t have a lot of time or your own vehicle, you can rent cars everywhere in Argentina, as well as camper-style vans in cities such as Buenos Aires.

Here are some of Argentina’s mind-blowing places you can’t reach by public transport.

(All photos by Coen Wubbels) 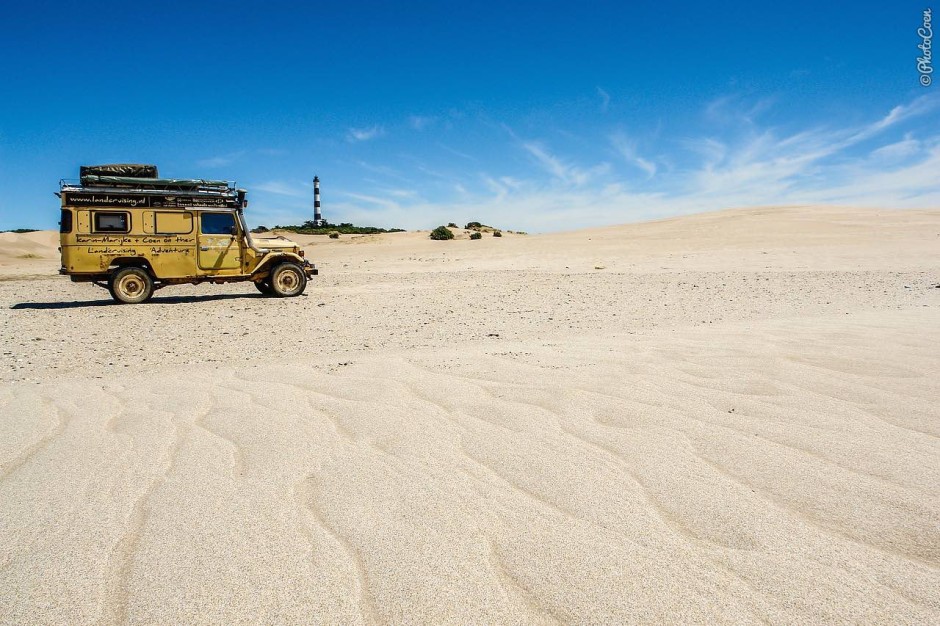 All along the Atlantic Coast are vast, pristine beaches where there is not a soul to be seen. My partner Coen and I were overwhelmed by a sense of freedom when beach driving for 60 kilometers from Mar Azul, just north of Mar del Plata, to a lighthouse. Practical tip: Deflate the tires some so you won't get stuck in the sand. 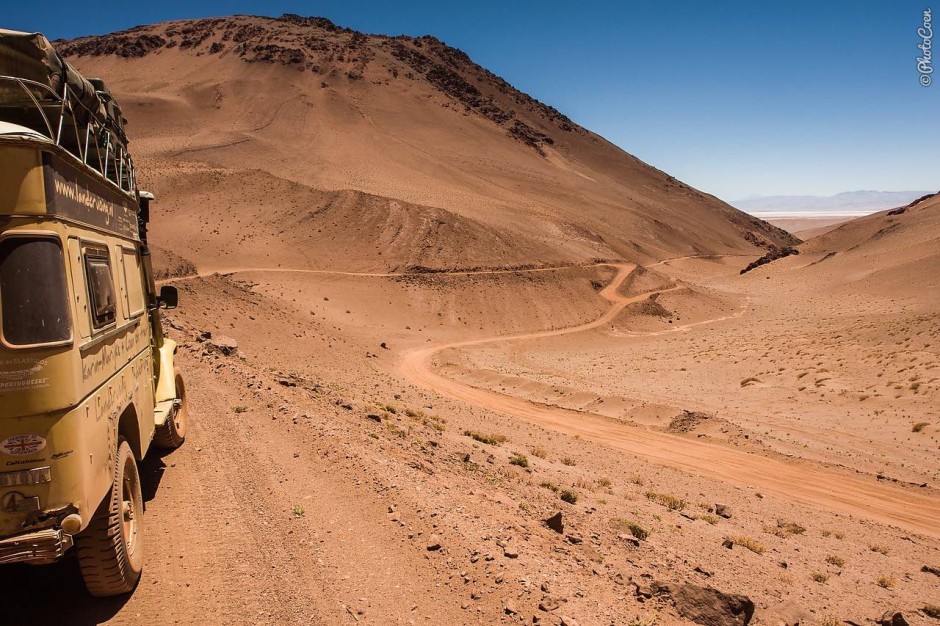 The altiplano, locally called La Puna, stretches all the way into Bolivia and Chile. It is so remote, so barren, and so majestic that you feel a seemingly never-ending sense of awe. Surroundings constantly change in color: red, russet and terracotta mountains, blue or transparent sparkling streams lined with green or grayish moss or grass, white expanses of salt. Herds of grazing vicuñas complete the scene. Among our favorite stretches: the dirt roads around Cachi and the road to Tolar Grande. To get to the latter you'll cross the Desierto del Diablo when coming from Salta, one of South America's places to feel dwarfed by nature. 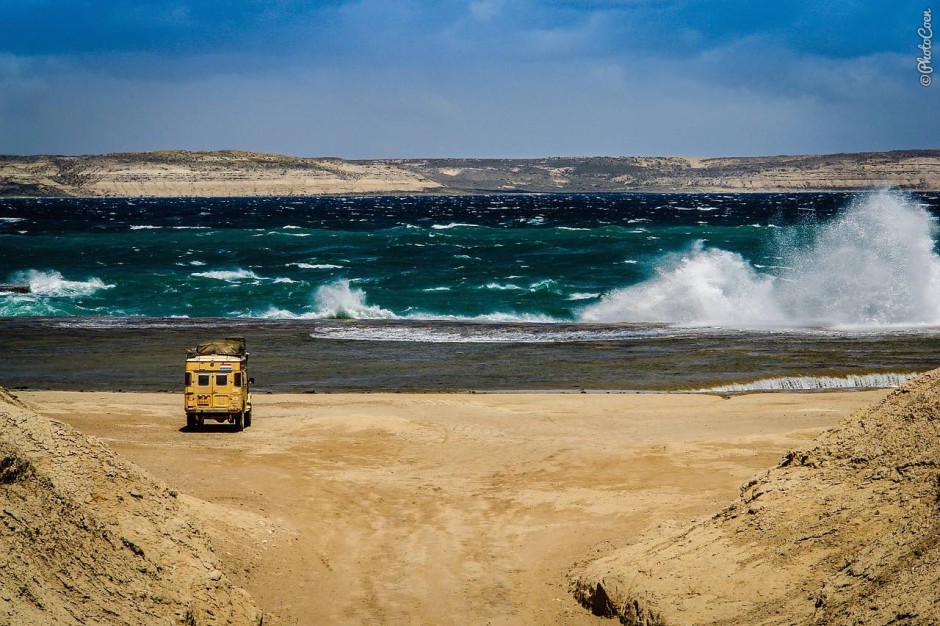 Peninsula Valdes is a national park on the Atlantic Coast where camping is not allowed. There are no accommodations either; at night everybody has to return to the mainland. The exception is Punta Pardelas, a remote corner on the bay of Golfo Nuevo (note that this exception may be rescinded at any time). There are no facilities—including no access to drinking water—so you have to bring everything you need. Each year between June and December some 2,000 southern right whales come here to breed and calve. The best chance to spot them is August-October. Breaching of whales occurs throughout the day, but especially around sunset and sunrise many appear in this bay, some of which almost at touching distance right along the shore. 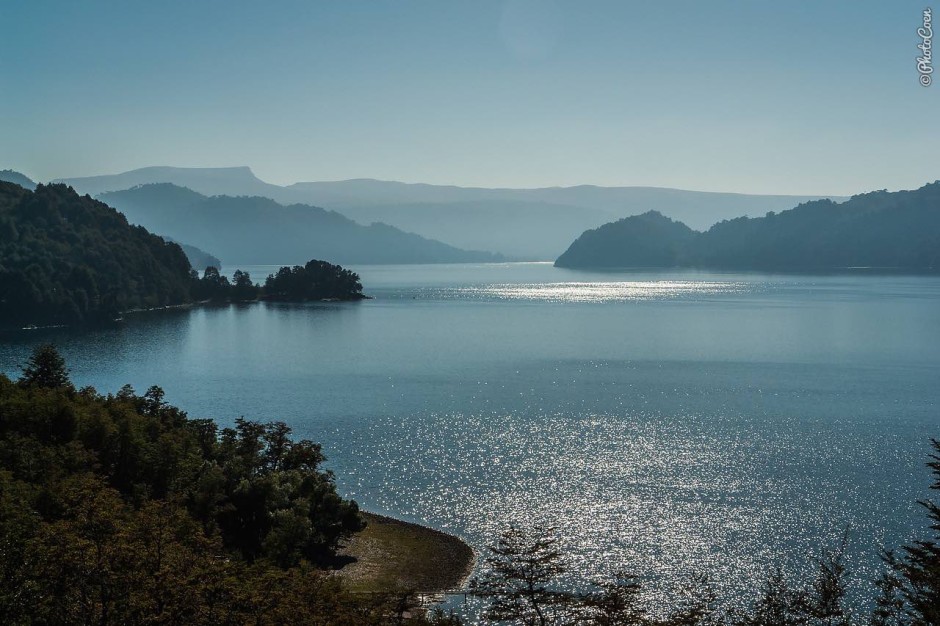 The Lake District comprises an abundance of lakes, rivers, volcanoes, and mountains . It is only because of human interference that this area was split into two, one part belonging to Argentina and the other to Chile, when the boundary line was drawn on the map about 200 years ago. While towns like Bariloche, along Lake Nahuel Huapi, are easily accessible, many lakes are not. Around the border we came across the most tranquil and scenic spots. We'd therefore zigzag back and forth between the countries: a few days in Chile, a few days in Argentina. Among our favorite spots: Lago Quillén and Lago Aluminé. 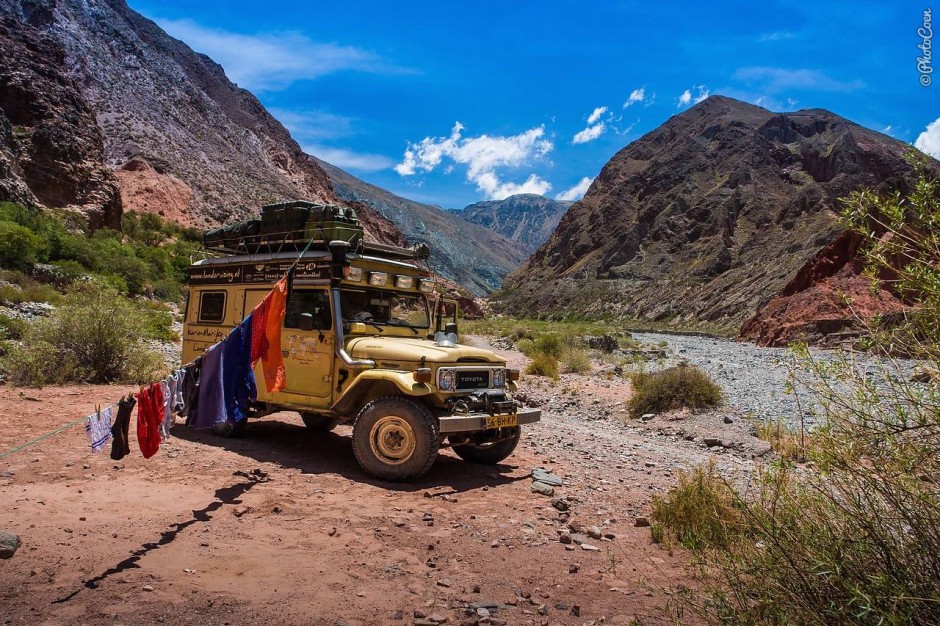 On the north side of the Quebrada a winding road curves up to 4,000 meters. Hidden in a gorge behind the pass lies the friendly and picturesque village of Iruya. Outside the village we camped in the dry riverbed and set out to explore the area on foot and by car. In four-wheel drive we drove to the hamlet of Las Higueras, the river bedding being the 'road' primarily consisting of dry pebbles or a knee-deep stream. Obviously this 'road' has no public transport and should be driven only by those with experience in off-roading. 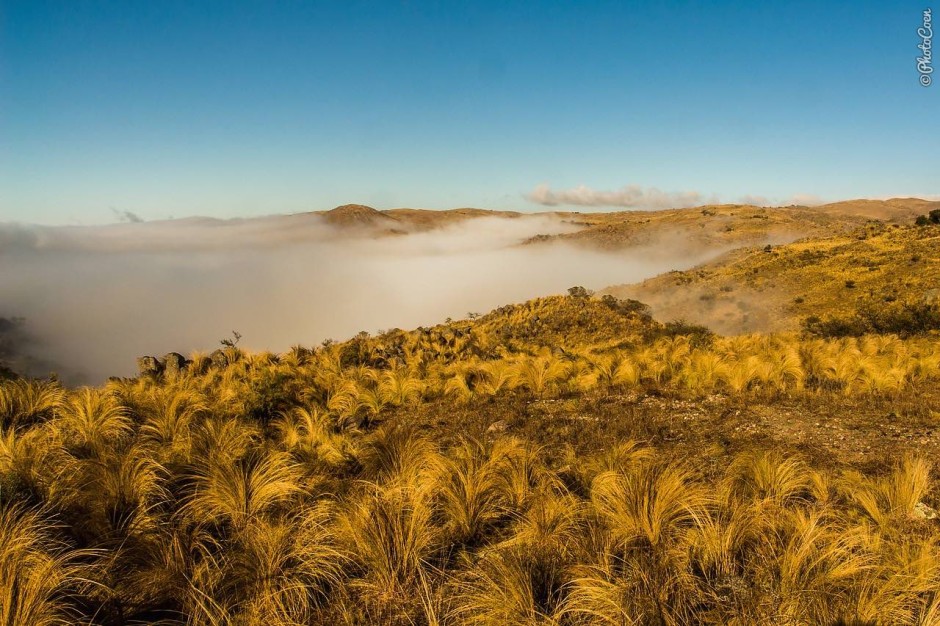 The Sierras Chicas lie between Jesús María and La Cumbre, in central Argentina. Here, unpaved roads called ripio snake along the hillsides. Locals refuse to have these roads paved so they can annually enjoy spectacular off-road challenges. The Dakar Rally is among the ones that regularly traverse this area. Apart from off-roaders, the region attracts the more spiritually inclined as well. Cerro Uritorco, at 1949 meters, is known for its many sightings of UFOs and strong energy fields. Some people believe that at Capilla del Monte, UFOs have an entrance to a subterranean city called Ciudad ERKS. For whatever reason you go here, there are plenty of campsites as well as rough camp opportunities throughout the Sierras Chicas. 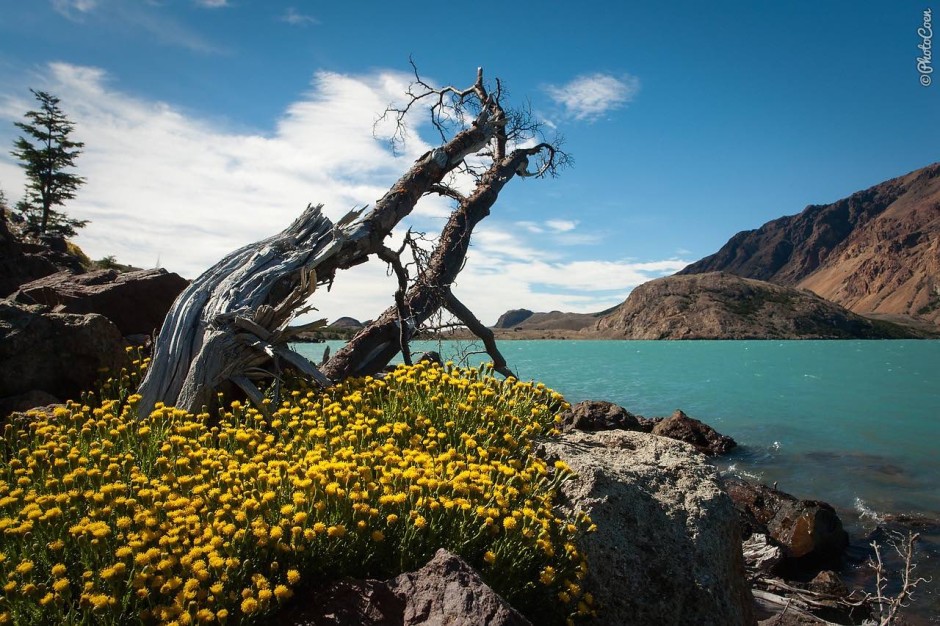 Perito Moreno National Park: the back of beyond

I am not talking about the Perito Moreno Glacier, but the national park that lies farther north. It is one of the least accessible areas in Argentina. From Ruta 40 it is another 90 kilometers westbound. The park is a transition zone between the dry steppe and the lush forests of Chile, where precipitation increases and nature suddenly is green again. The park, with pristine lakes, sparkling rivers, and snow-capped mountains where guanacos and many birds have their home, was one of our favorite places for day hikes. 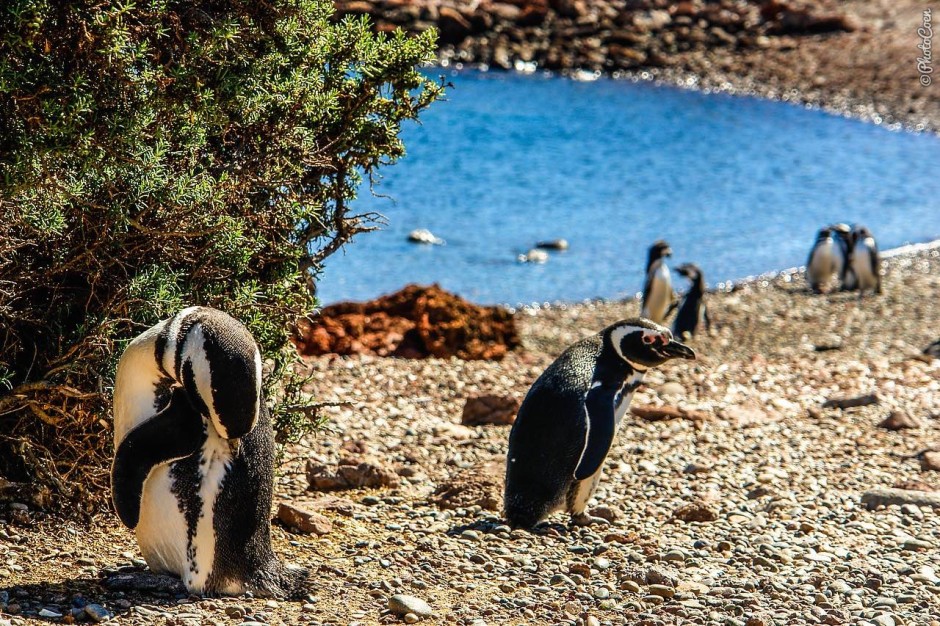 Peninsula Valdes is not the only place to spot wildlife. All along the Atlantic Coast are places where you can encounter beautiful creatures such as sea lions, sea elephants, and penguins. Punto Tombo is a popular natural park that is daily visited by thousands of tourists to watch about half a million Magellan penguins. The main advantage of camping around the corner in our car? We could visit the place between 8 and 10 am, before the hordes in buses arrived. 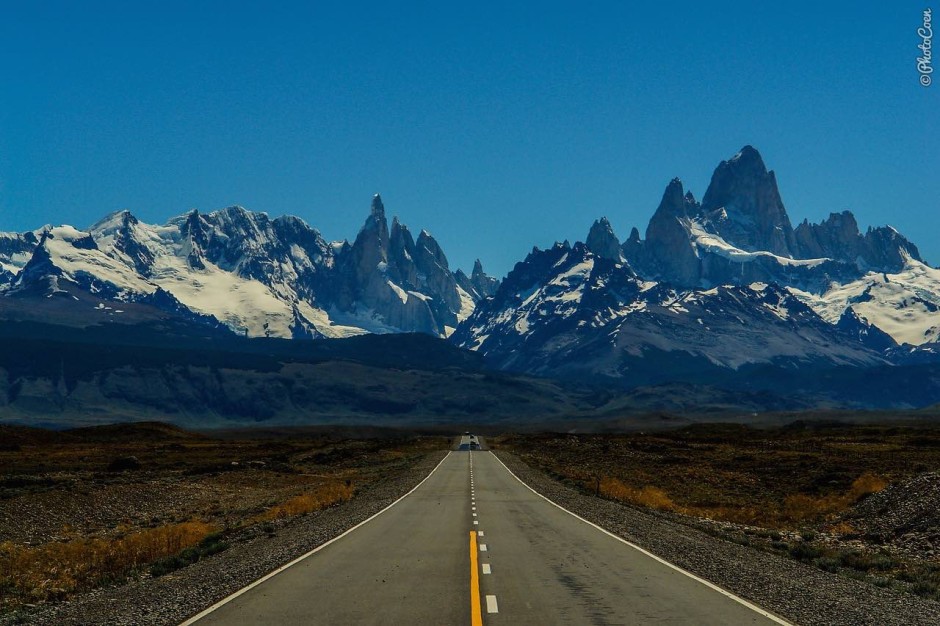 In Patagonia, animal life is ubiquitous. Flocks of sheep scamper across the roads, their young lambs by their sides. Small herds of guanaco and nandu, ostrich-like rheas, browse on scrub along the road, loping off as we drove past. Birds of prey scan the fields for their meal of the day and rabbits dart off in a sudden rush. Exactly the absence of civilization is what makes overlanding in this particular area of the country so overwhelming. Traveling with your vehicle gives you the privilege to stop and pitch your tent wherever you want. 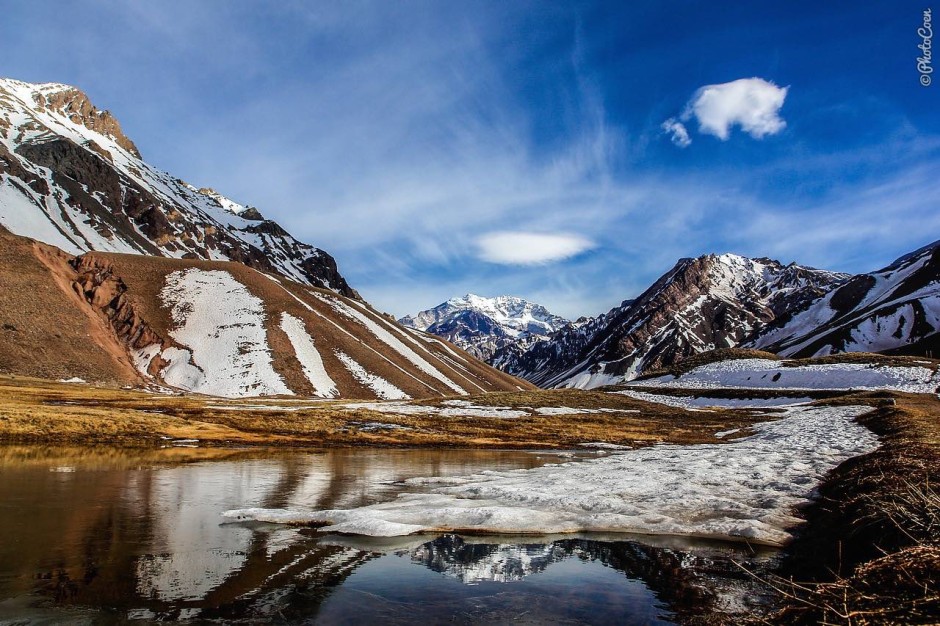 Deep in the Andes Mountains: snow

The Quebrada de la Troya, an impressive canyon with layered rocks that glow deep red in the late afternoon sun, is the entrance to a little visited area in Argentina's Andes Mountains. Barren landscape follows until the unpaved road slowly ascends into the mountains, twisting and turning while the elevation gradually increases to over 4000 meters. The region is home to vicuñas, a smaller type of lama, and the most gracious and elegant of the camel family. Sometimes we spotted two, more often they appeared in large herds. At 4500 meters lies Laguna Brava, a turquoise lake partly covered with ice and surrounded by mountaintops that remain partly covered in snow even in summer. 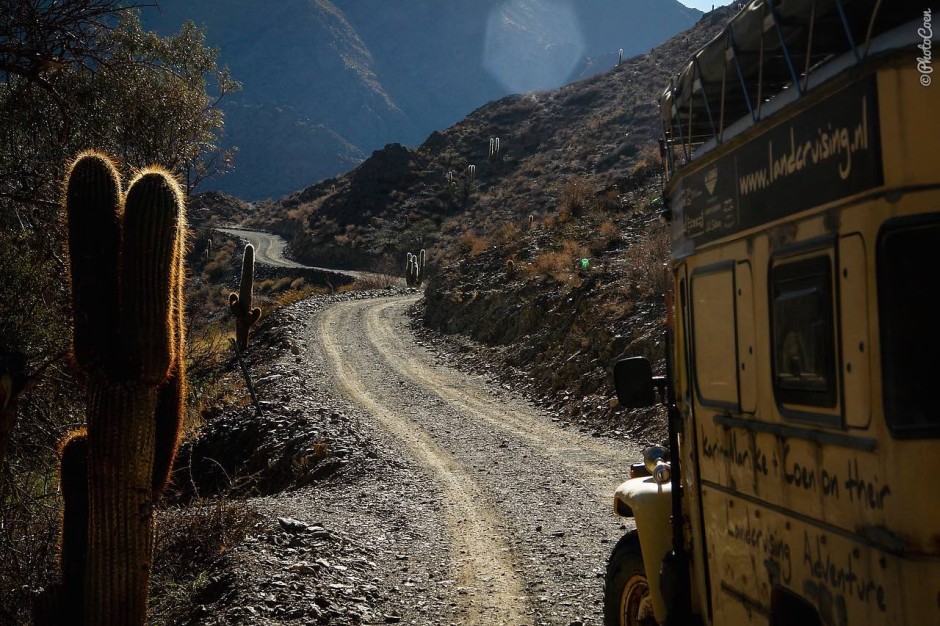 Ruta 40: for the sake of driving

Traveling through Argentina by car not only gives you the freedom to camp wherever you want; overlanding is also about the driving itself. Driving Ruta 40, one of South America's legit road trip, is about being all by yourself, sometimes for days, in remote and dramatic landscapes that vary from altiplano to mountains, to desert-like plains. Overlanding here is about being able to stop wherever you want, whenever you want. To stop to take a photo or to take in the silence that can be so overpowering on some Ruta 40 stretches.

Tagged
Camping Student Work Argentina
What did you think of this story?
Meh
Good
Awesome

Israel's Incredible Campsites Offer Nature, History, and Culture All in One