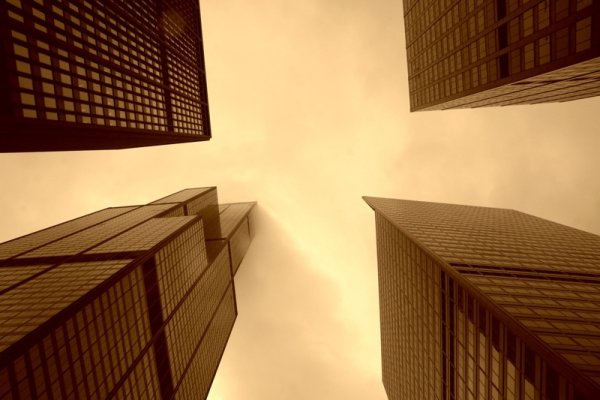 In a city famous for its buildings, these are some of the best.

Down, but not out.

After the Great Fire of 1871 leveled it, Chicago took the opportunity to reinvent itself, setting off a campaign of reconstruction that saw the city welcome some of the biggest names in architecture to the Midwest. Over the decades that followed, Chicago became a proving ground for innovative new designs and techniques.

Today, downtown Chicago is one of the world’s great open-air museums, showcasing masterworks by luminaries like Frank Lloyd Wright and Mies van der Rohe. In a city famous for its buildings, these are some of the best: 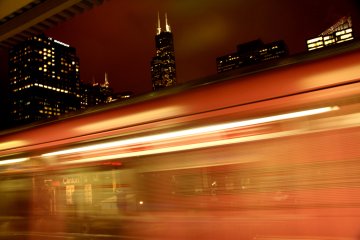 Despite the controversy over its upcoming name change, the Western Hemisphere’s tallest building remains as impressive as ever.

When it was completed in 1973, the 1,450-foot Sears Tower was the world’s tallest building, a title it would hold until the Petronas Towers surpassed it in 1998. With its blocky, glass-and-steel aesthetic, the office building continues to be one of Chicago’s most recognizable symbols.

The main attractions for visitors are the 99th- and 103rd-floor skydecks, which look out over Lake Michigan and four different states; visibility tops 50 miles on clear days. Admission is $12.95 for a full-price adult ticket. 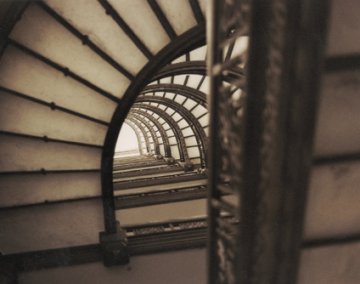 Named for the giant flocks of pigeons that once roosted onsite, the Rookery is really two buildings in one.

Viewed from the street, the red marble and Romanesque adornments of the Rookery’s facade are echoes of the grandeur of the 19th century.

Inside, the vaulted ceiling and bold geometric metalwork of the Frank Lloyd Wright-designed lobby are pure Prairie School.

While the Rookery is privately owned, the lobby is open to the public during business hours.

3. Chicago Board of Trade

Looming over the LaSalle St. “canyon,” this Art Deco-era skyscraper has a way with the imagination. The tower is a favorite destination of moviemakers, most recently gracing screens as the backdrop for a high-speed showdown between Batman and the Joker in The Dark Knight.

When it’s not hosting superheroes, the building is home to the less thrilling but equally important Chicago Mercantile Exchange. The visitor’s center, located in the lobby, offers information and exhibits on the history of the building and its tenants. 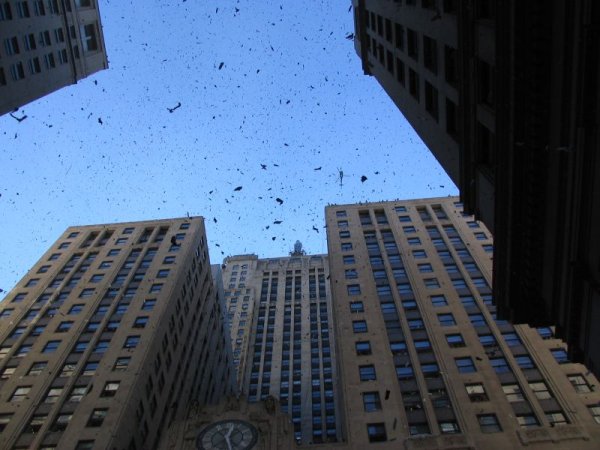 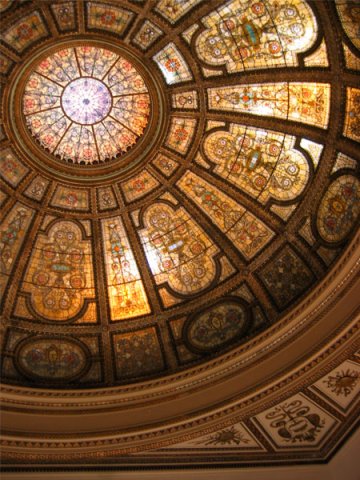 Dedicated in 1897 as Chicago’s first public library, the Chicago Cultural Center’s scholarly opulence more than fits in on Michigan Avenue.

On an architectural level, the Beaux Arts-influenced design is as ornate as they come, complete with grand, red-carpeted staircases, Romanesque arches, and the largest Tiffany glass dome in the world, measuring 38 feet across.

In addition to its intrinsic attraction, the center is one of Chicago’s most visited museums and features an eclectic array of art exhibits, live music, and dance performances.

More recent additions include the Rem Koolhaas-designed McCormick Tribune Campus Center, a slinky, futuristic structure built under and around the elevated train tracks. The campus is easily accessible by public transportation via the Green Line’s Bronzeville stop.

Intrigued? Admit it — architecture’s interesting. To further your knowledge, why not visit these Top 10 Places to Study Architecture?

Want to network with some Chicagoans? jshugs and jrblues are just two members of the Matador community that currently call the Windy City home.

What did you think of this article?
Meh
Good
Awesome
Bookmark
Posted In
Architecture

How to spend 24 mind-blowing hours in Samarkand, Uzbekistan

Baku, Azerbaijan, has the most cutting-edge architecture in the world