On June 30, the Jiaozhou Bay Bridge was officially opened, becoming the world’s longest bridge to run over water. It connects the Huangdao District of Qingdao with the city proper and is 139,400 feet in length. That’s 26.4 miles (46.5km).

(I just googled “Jiaozhou Bay Bridge marathon” and yes, someone has already had the idea: New Bridge Marathon Opportunity in China) 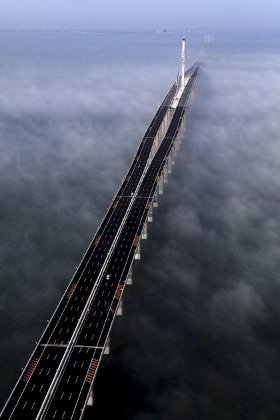 I hear infrastructure investment is a great way to boost long-term economic growth.

For bridge stats (they’re more fun to check out than they sound), hit up Wikipedia’s List of longest bridges in the world.

* Story and photos via: Yahoo/Reuters

Notes From a Cargo Ship Deckhand

May 9, 2008 David DeFranza
✖
travelstoke
Download the mobile app
stoked by