THERE WAS ONE THING I couldn’t get over while on my road trip around Fjord Norway: the feeling I got every time I was about to exit a highway tunnel. I’d be weaving through these modern-day engineering marvels, tunnels that drop below the ocean and cut through massive mountains, sometimes spanning miles, but once I saw the faint light at the end, the excitement would start to grow. It was the mystery of what I’d see next — a fairy-tale village sitting at the base of a mountain? A glacier clinging to the edge of a cliff? A thread of turquoise water leading into a fjord?

Each time it was different, which made for one hell of a scenic road trip. These images are the visual diary of my time driving though the one-of-a-kind countryside of Fjord Norway. Hope you enjoy. 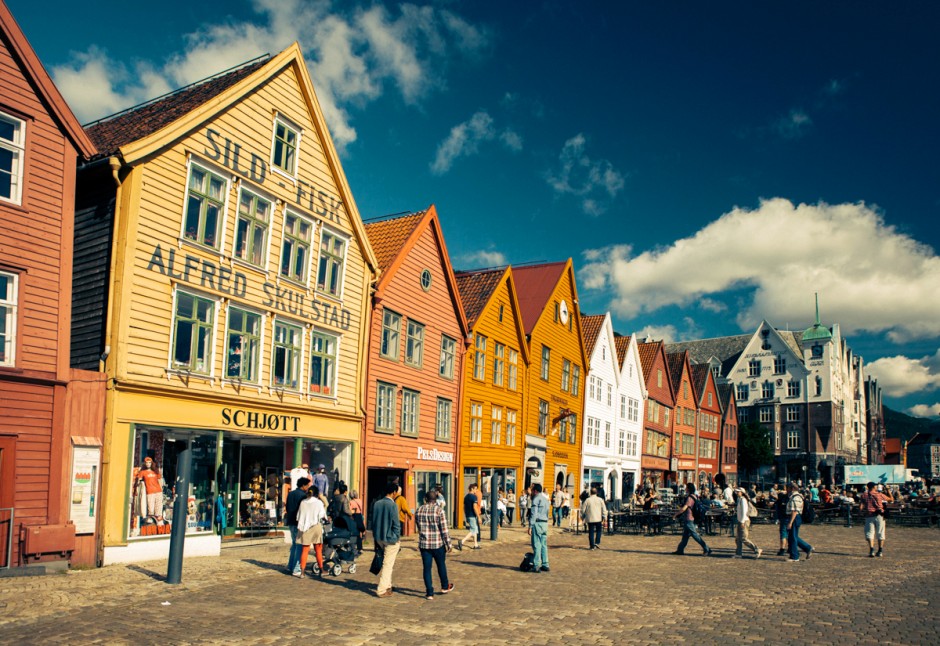 “Bryggen” means wharf in Norwegian, and this area of Bergen makes up the oldest area of the city. 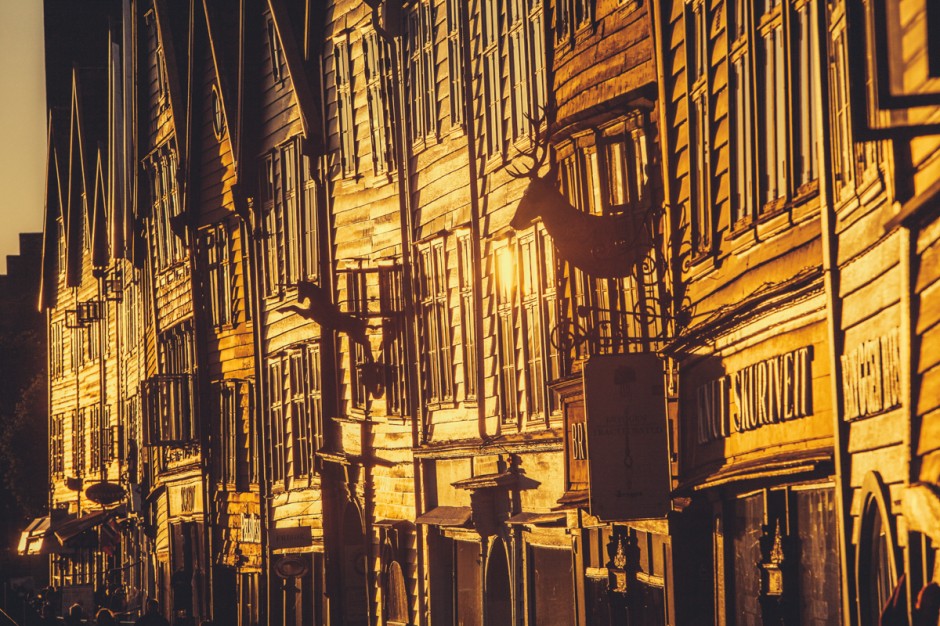 In the middle of summer the sun doesn’t set until well past midnight, making for some incredibly long and beautiful days.

Another angle of the Bryggen and a glimpse into city life in Bergen. 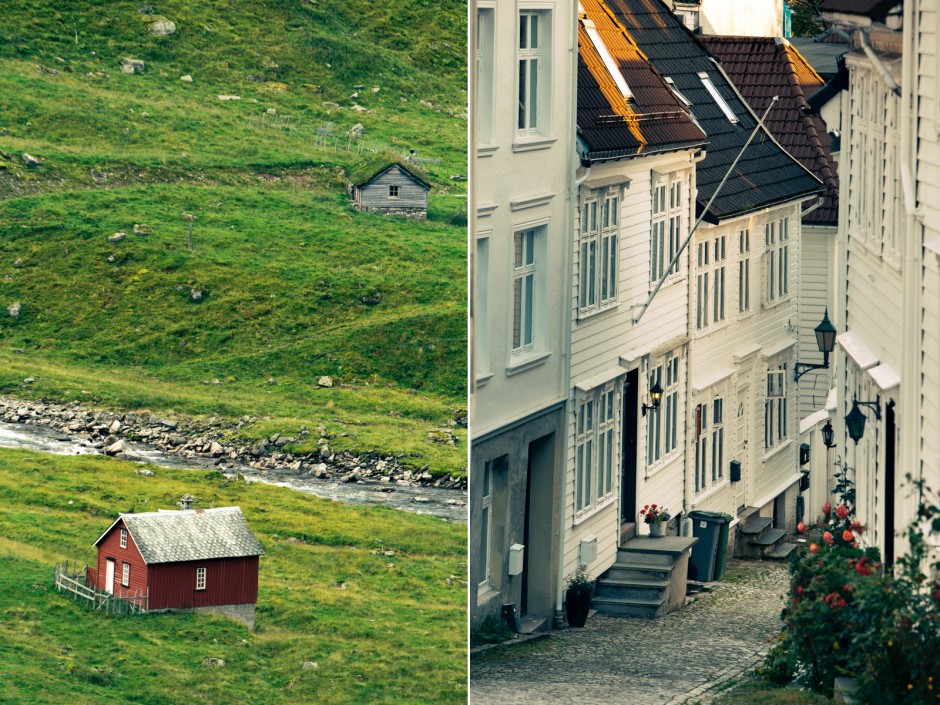 Out of the city, I began seeing images like this. I've tried to capture the magical feeling I experienced out in the countryside of Western Norway. 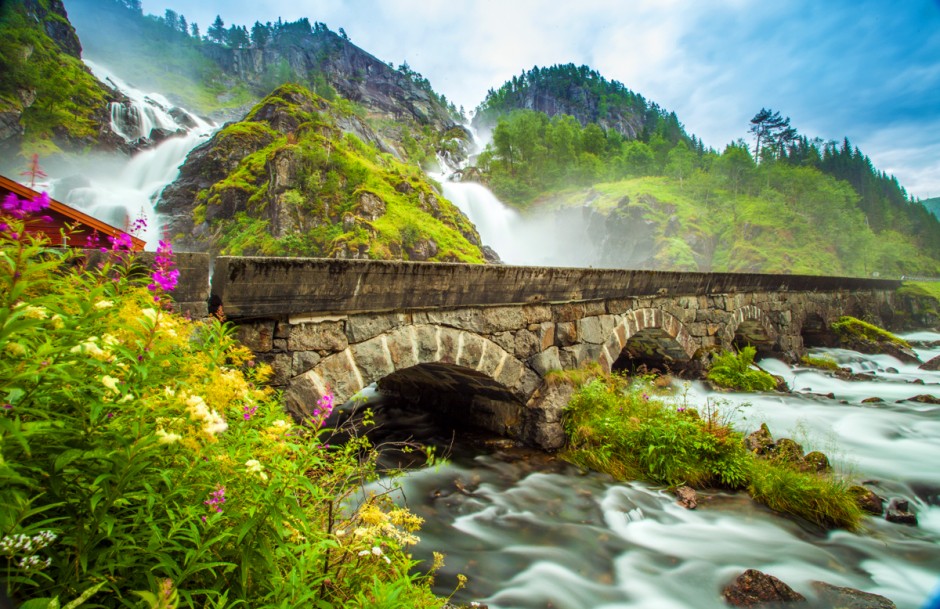 This 165-meter falls is located in the municipality of Odda, southeast of Bergen. 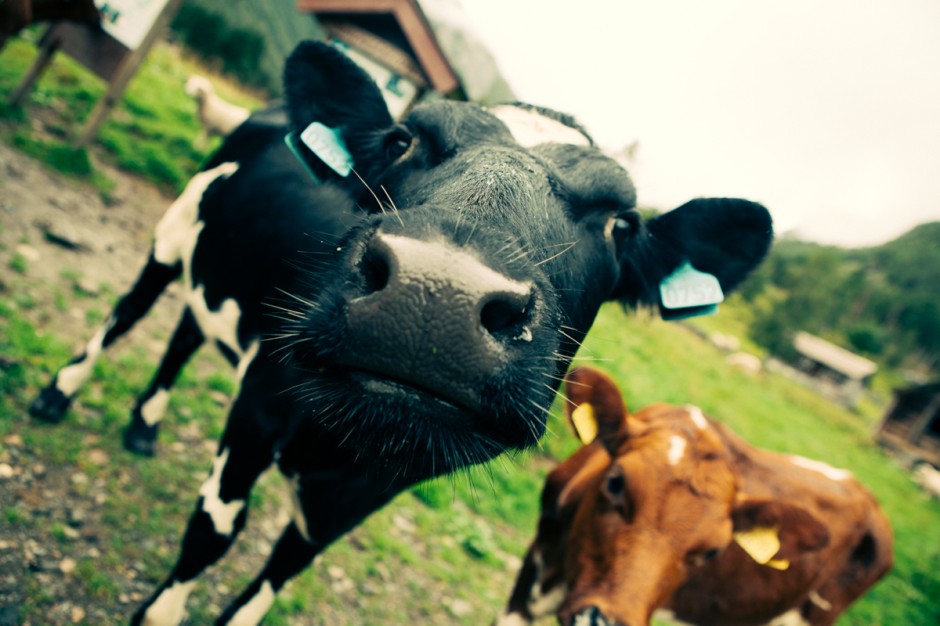 A couple of locals I met along the way.

This triptych sums up the hospitality you'll encounter on the drive.

At Avaldsnes you can see replica houses from Norwegian days gone by, along with people who will teach you everything you want to know about the traditional life of the Vikings.

Røvær Island plays host to one concert a year in their small church. The concert is a part of the Silda Jazz Festival and an event that none of the islands' 110 inhabitants miss out on.

At this roadside stand on Røvær Island, some local kids were selling homemade pancakes and jam. 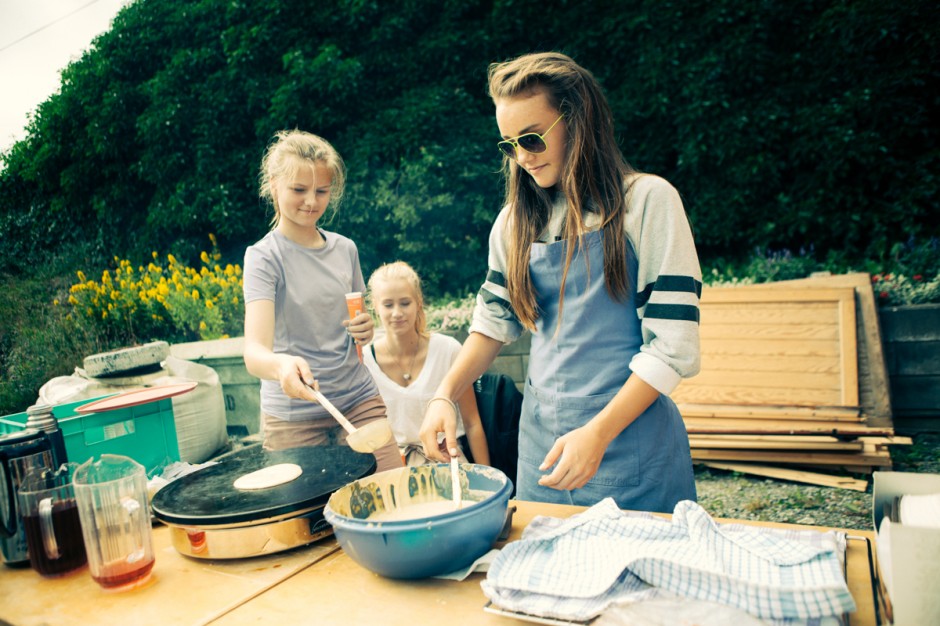 The pancake chefs themselves 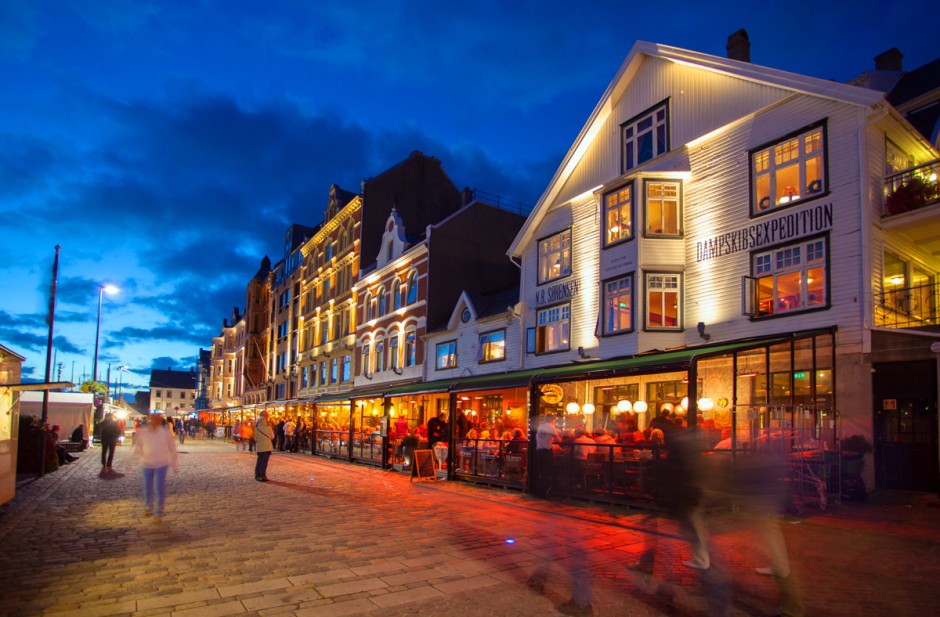 This coastal town comes to life with live music every year during the week that it hosts the Silda Jazz Festival. 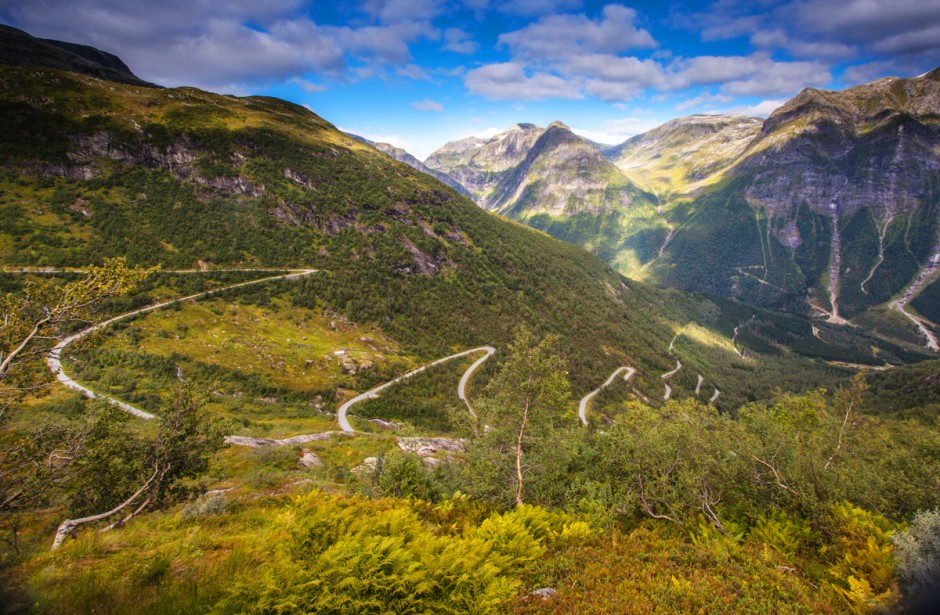 Roads like this one in the mountainous region of Gaularfjellet are what I'm referring to when I say Fjord Norway was made for road trips. 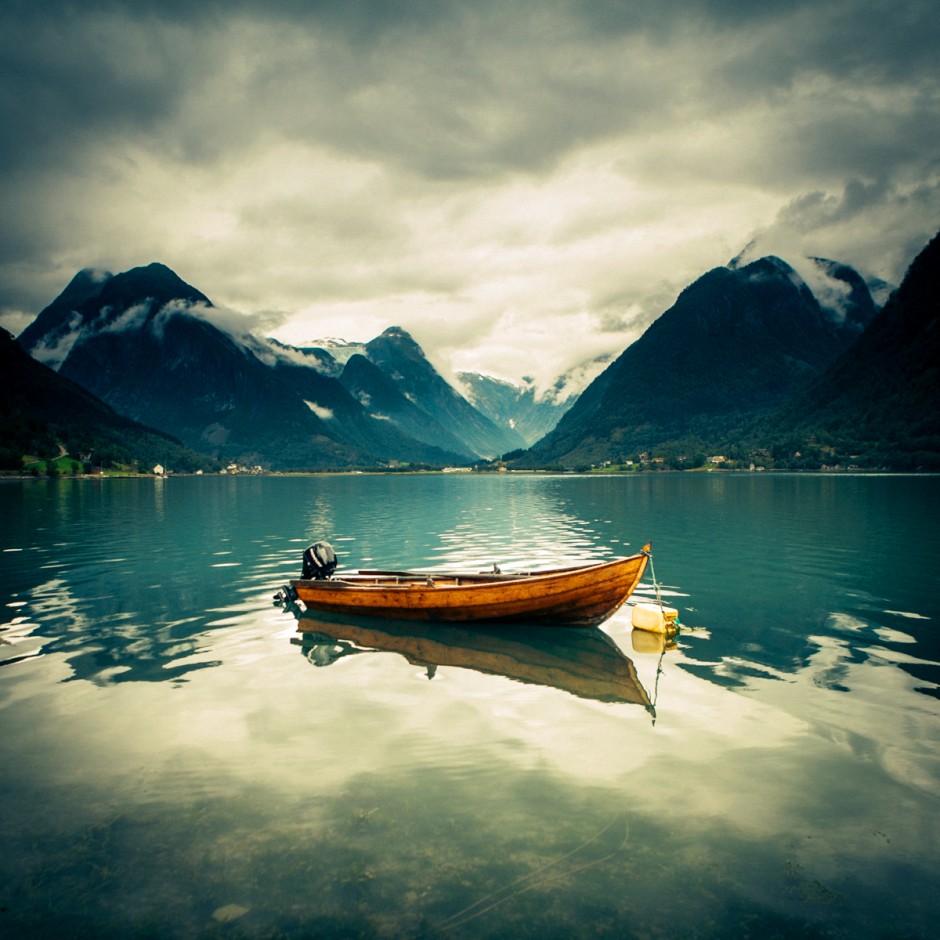 A small fishing boat rests in the calm waters of Fjærland. 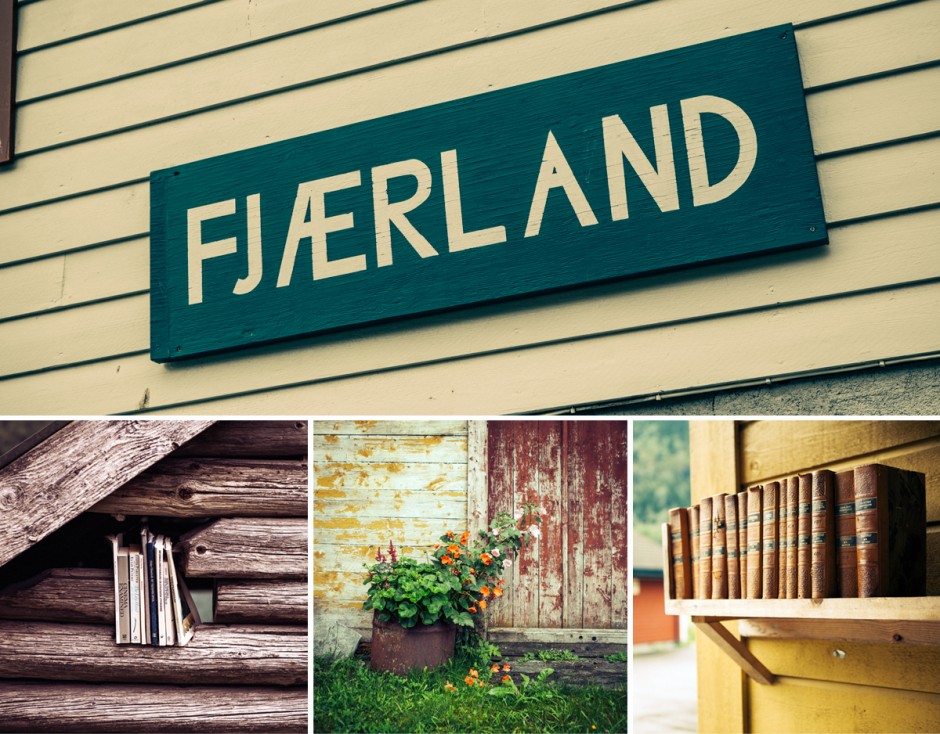 Fjærland is Norway’s first International Book Town. There are small bookshops and outlets everywhere you look, including tucked into the sides of barns. 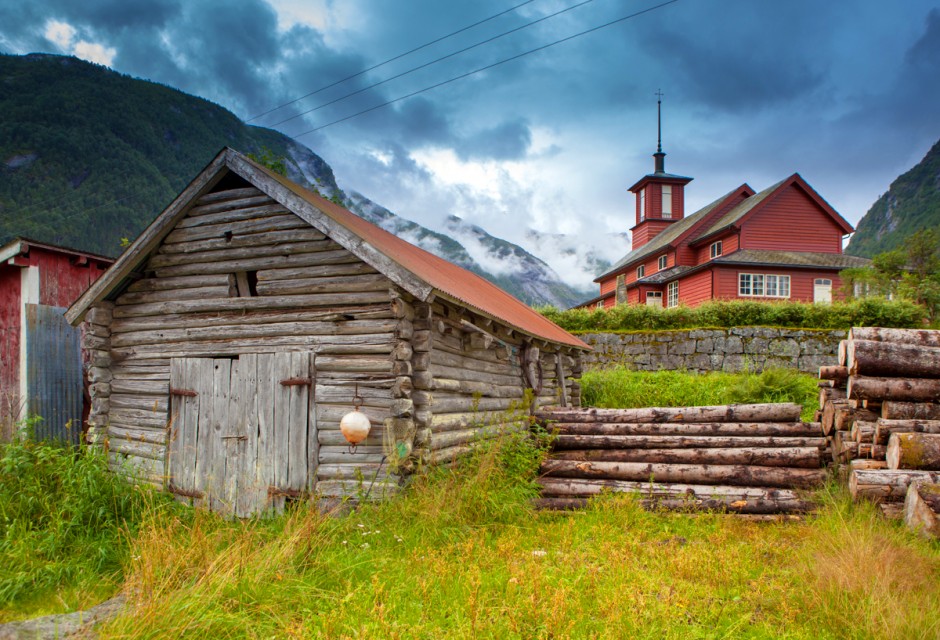 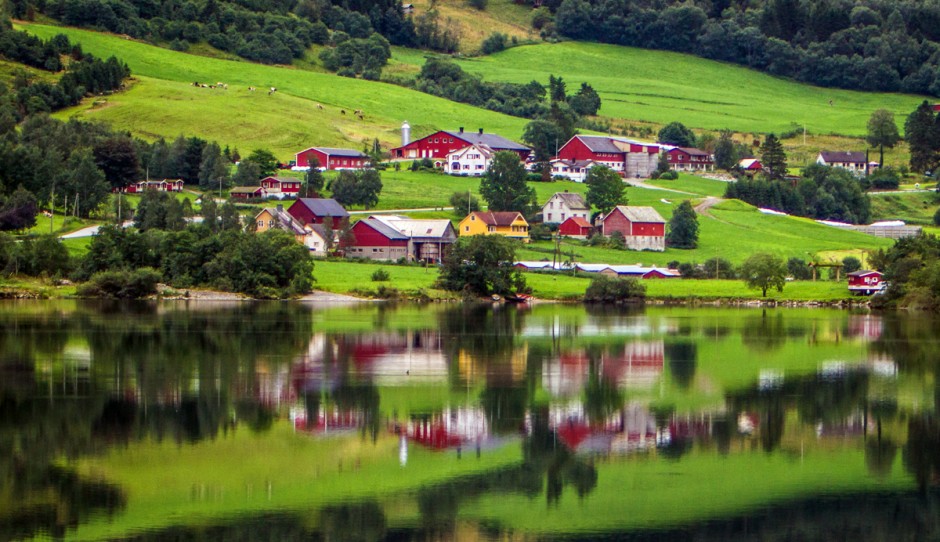 This is a good example of the villages you'll come across when you exit the long tunnels that wind through the mountains.

If you stop everywhere that looks cool, your road trip will last months.

Norwegians are big hikers. They know they have some of the world's most beautiful mountains in their backyard, and they like to take advantage. 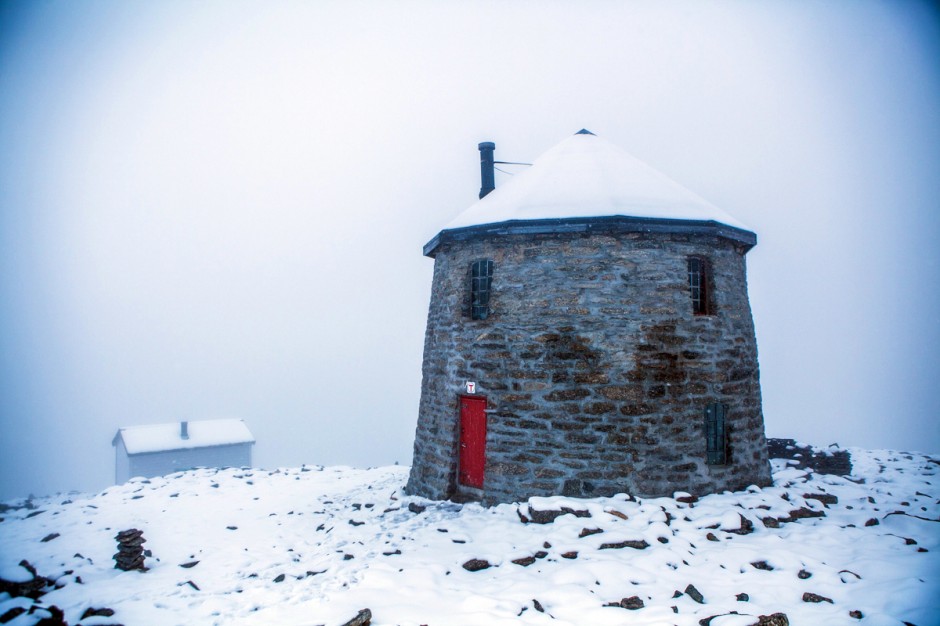 Some of Fjord Norway's peaks top 5,000 feet, meaning all types of weather can happen here anytime of the year. I learned this the hard way when I took on the 6-hour hike to the Skåla tower in my boardshorts and quickly found out that is not ideal attire when it starts snowing in August.

The hikers I met along the way could only laugh—they were properly prepared and couldn’t believe this idiot from California did the hike in shorts. They were extremely nice, though, and even offered up an extra pair of pants for me to wear for the journey back down, which saved my butt!

This lake sits next to the town of Loen, southeast of Alesund.

Depending on the time of year you visit, you may be lucky enough to come across these little stands selling “moreller,” or locally grown cherries. They operate on the honor system…just drop in your payment, grab a tub, and off you go. 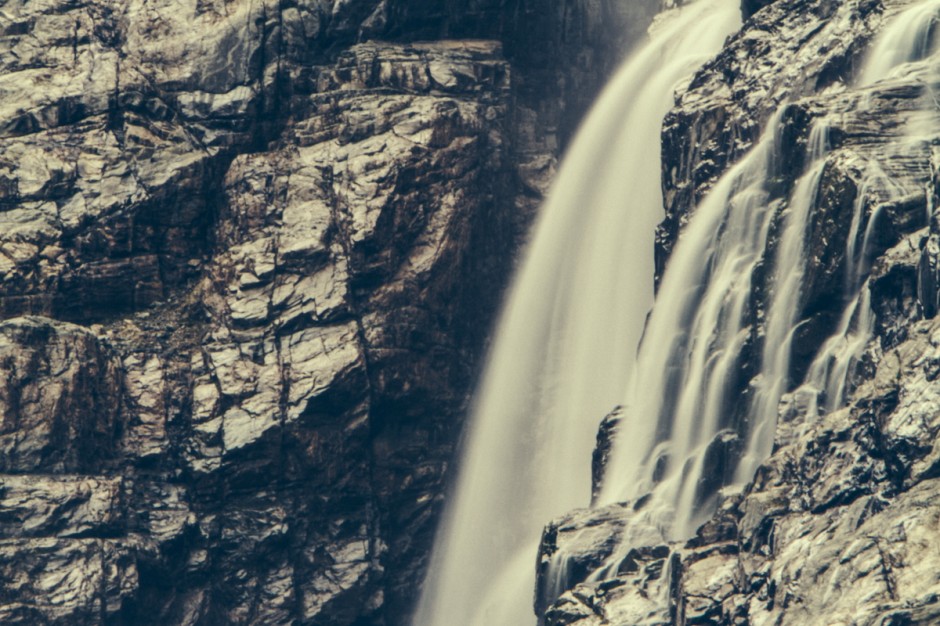 One of the countless waterfalls I came across driving through Fjord Norway. 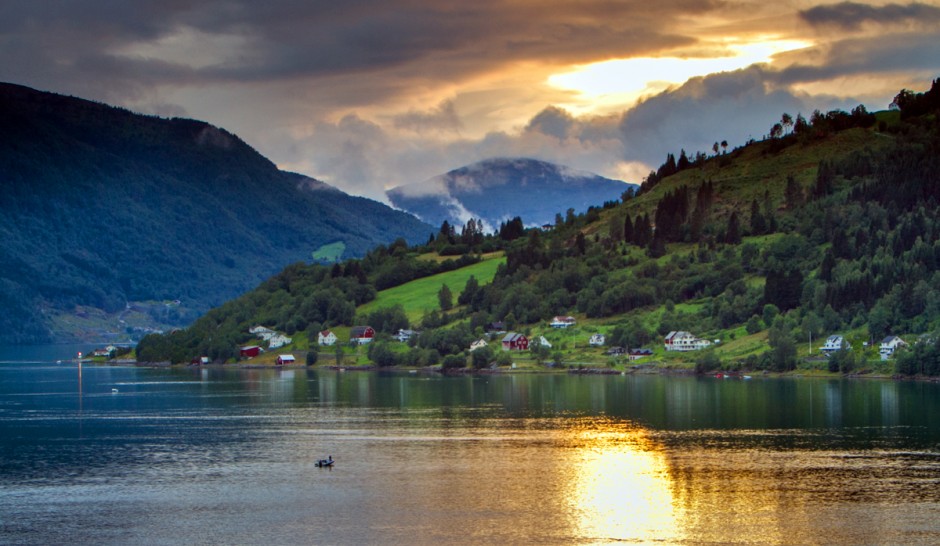 Another post-midnight sunset in Fjord Norway. 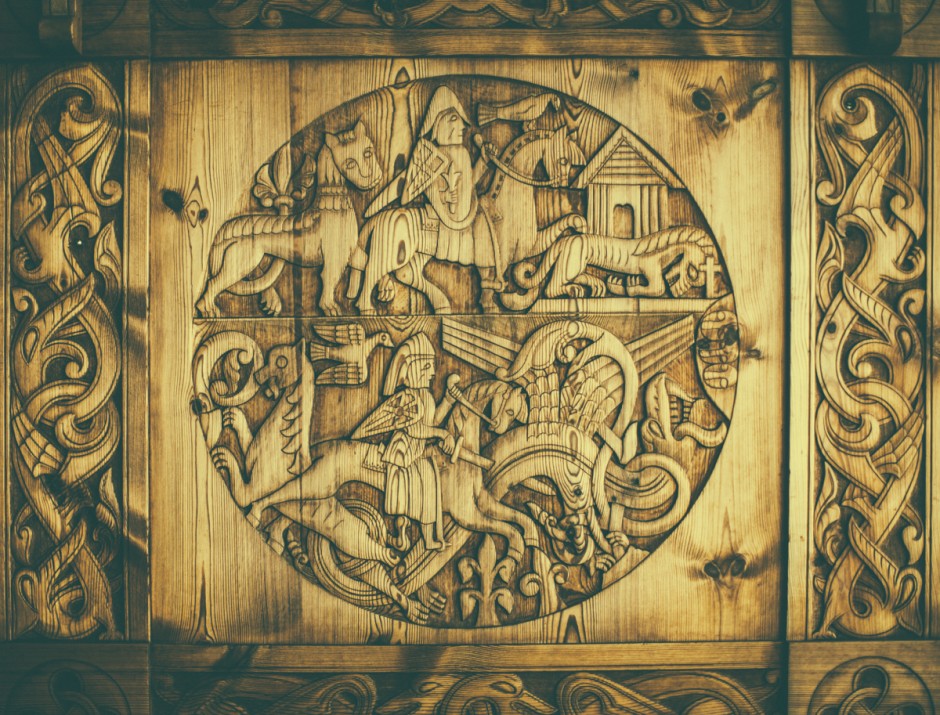 The woodcarvings inside the Kviknes Hotel are stunning pieces of work depicting the traditional Norwegian way of life.

The interior of the Hopperstad Stave Church in the town of Vik. The church was built in the mid-12th century. 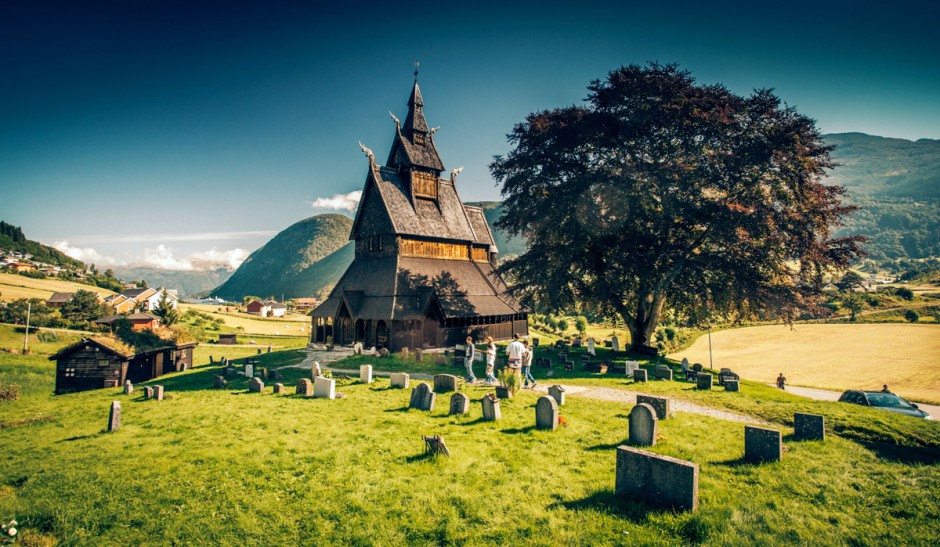 Like many things I saw on my drive, the exterior of the church looked like a scene out of a nursery rhyme.

This post is proudly produced in partnership with Fjord Norway.
Tagged
Travel Norway Fjord Norway: In Motion
What did you think of this story?
Meh
Good
Awesome
✖
travelstoke
Download the mobile app
stoked by