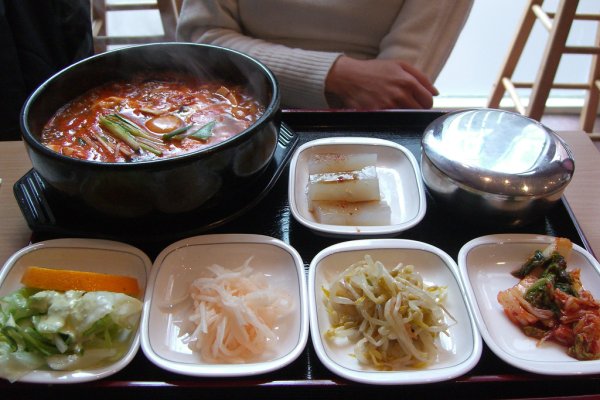 Every day, everywhere, cultures collide in combinations that go unnoticed. Stumbling on the results can be one of travel’s greatest rewards.

The close, dark store smells of garlic, chilies, maybe a little ginger. Racks overflow with instant noodle cups and bags of shrimp chips. In my hands a six-pack of kimchi ramen and a tray of freshly made tteok (Korean glutinous rice cakes).

I walk up to the counter, fumble in my pocket, and pluck out a wad of worn peso bills, still mesmerized by my discovery of this genuine, expansive Korean community lodged in the center of Mexico City’s tourist district—the Zona Rosa.

Koreans first came to Mexico in the early 1900s, fleeing the Japanese occupation of their homeland. Many found tough, low-paying work on farms in the country’s northern regions, where pockets of Mexicanized Korean communities still exist.

But Mexico City’s Koreans are more recently arrived, the result of South Korea’s economic boom of the ‘60s and ‘70s. In the D.F., traditions intertwine.

You’re almost as likely to find your mouth watering at the scent of bulgogi as tacos al pastor in the Zona Rosa.

While no immediately observable synthesis has taken place (you can’t get kimchi tacos here like those served up by Los Angeles’ Kogi truck), strolling down Calle Florencia between Reforma and Chapultepec makes for a culturally disorienting experience.

For more on Mexico City’s Korean community, check out the Matador Travel blog “Los Coreanos.” Curious what else you don’t know about the largest metropolis in the world? Give our “Green Guide to Mexico City” a read.

What did you think of this article?
Meh
Good
Awesome
Bookmark
Posted In
Culture Guides