Most New England tourists hit the region’s trend-setting cities or plentiful beaches, bypassing what many locals hold onto as a regular part of their summer lives: the islands that wait just off the coast.

The brief northern summer is when these islands, shuttered up tight three seasons of the year, open their doors, set out the lawn furniture, and throw a rope to the ferries bringing in visitors by the hundreds.

Here are six New England island locales you’ll want to hop a ferry and see, whether you’re day tripping or settling in for a longer stay.

Not far off the southern coast of Cape Cod, the Vineyard is 100 square miles of intriguing towns, forested countryside, and postcard beaches. 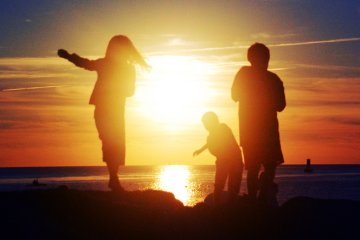 From bustling Oak Bluffs to upscale Edgartown, from the crashing waves of the Atlantic at Katama Beach to the lapping waters on the shores of the tiny fishing village Menemsha, you’ll find each of the island’s six towns has a different personality, and every beach a different atmosphere.

A campground and a hostel stand in the woods in the middle of the island, if you don’t feel like staying at one of the many B&Bs or inns. Bike and moped rentals, as well as the extensive shuttle bus system, make exploration of the island super convenient.

Don’t forget to take the two-minute ferry trip to the Vineyard’s neighboring island of Chappaquiddick. This quiet, purely residential speck of land is perfect for a day’s bike ride.

With exclusive galleries, upscale shops, and fine dining, Nantucket is an island with a standing invitation to the wealthy. It keeps its accommodations pricey…but the beaches are free! A shuttle bus system will chauffeur you around if you don’t want to ride a bike. 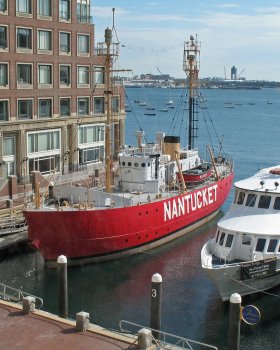 In between beach basking and checking out the towns of Nantucket and ‘Sconset (short for Siasconset), you’ll find in addition to high-end attractions there are plenty of casual restaurants and shops to patronize.

They often party even during daylight hours on Block Island. Walk off the ferry and you’ll be in the middle of the action, as the majority of the clubs, restaurants, and shops are found nearby.

Although it’s loaded with B&Bs, inns, and hotels, you don’t have to stay the night to get a good feel for this 10-square-mile island. Biking or moped-ing around will let you see all the sights and soak up the atmosphere on a day trip.

Cuttyhunk is one of only two of the private Elizabeth Islands — owned by the Forbes family — that’s open to the public.

Home to about 50 year-round residents, its population “swells” to 400 in the summertime. Small, peaceful, and isolated, this is a place to escape to if you’re craving solitude.

There’s a B&B, inn, and, for those traveling in a group, cottage and house rentals.

Utilized during the Spanish American War to protect New York City, Fishers Island has a year-round population today that’s not much different than it was back in 1898: 300. 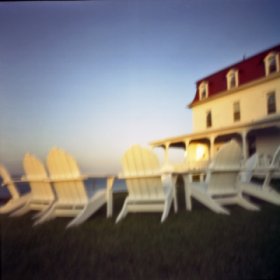 This is one nearly deserted island, with long country roads, the occasional public beach, and a just few places to eat.

The Pequot Inn, the only accommodation on the island, is a big part of summer life, throwing parties that stretch into the morning hours.

Explore during the day and you’ll find this island has one of the friendliest attitudes of any on the East Coast, with locals waving out their car windows to you as they drive by.

Visitors are welcome to ferry their cars ashore from Connecticut, or you can rent a bicycle once you arrive.

This archipelago in the Long Island Sound just off the shore of Connecticut consists of 100 to 365 tiny islands — depending on the tide and on how big a rock has to be before you can call it an island. 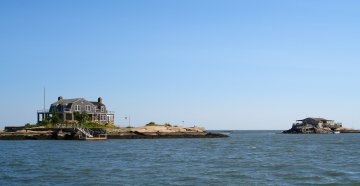 Many are so tiny they hold just one home, and on one there’s nothing more than a gazebo. The most populated, Money Island, hosts 32 houses.

These dots of land are private, which means you can only go ashore if you know a local. However, there’s nothing stopping you from enjoying the islands on a kayak or boat tour.

Once back in the adjacent mainland town of Stony Creek, hang out for a while on the beach, walk around the relaxed residential streets, grab a bite to eat, and you’ve got yourself a unique day trip.

Sabina also happens to be Matador’s destination expert for Martha’s Vineyard — she’s the one to turn to if you have any questions at all on this iconic New England island. To get in touch, click over to her Matador profile, where she goes by the name Travellohr.

Have a favorite New England island that didn’t make the list? Sound off in the comments!

The perfect day trip to Hudson, the jewel of upstate New York