I’d flown this same route two years prior en route to Austin. At the time I remarked that my flight from Orange County to Salt Lake City was easily the most conservative flight path in the Western United States. The airport newsstand censored provocative magazines, and pamphlets for tours of the Church of Latter Day Saints were everywhere.

I had to wait an hour for my group so I walked around the recently remodeled concourse. The Salt Lake City Airport has a different demographic of clientele that you don’t see at other international hubs. Namely teenage “Elders” en route to missionary trips, and regal old men in King Cobra Malt Liquor caps.

I stopped for some food. The cashier asked said, “AND HOW ARE WE DOING TODAY?” I was taken aback; how could someone so sarcastic not immediately get fired from their job? “AND DONT FORGET TO TAKE YOUR TREAT RECEIPT.” She was just enthusiastic about her job without any trace of cynicism.

A friend once suggested that as you head east of the Sierra, a coastal sense of irony dissipates — you enter the land of the earnest, heartfelt, sincere, fervent, the devout. 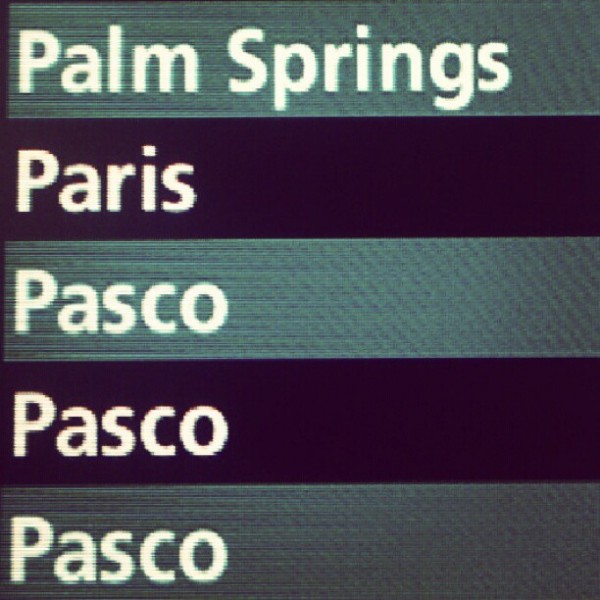 Salt Lake City International can connect you to the world or to Pasco.

It’s hard to find people that you’ve never met. Technology makes it a little easier. I called the trip’s coordinator from the baggage claim, she told me she was wearing pink. I kept making eye contact with a woman in a pink top, and she smiled at me, but even though we’d just spoken I didn’t go over to say hi until she’d picked up her bags.

As I walked over to introduce myself I got a call from the coordinator, who was on the opposite side of the building, and not the woman I was walking towards. Now that we were in the same room I flapped my hands in the air. Some people think that’s a crazy strategy, but it’s a really effective way to find people in crowded places, because most people aren’t crazily flapping their hands in the air. 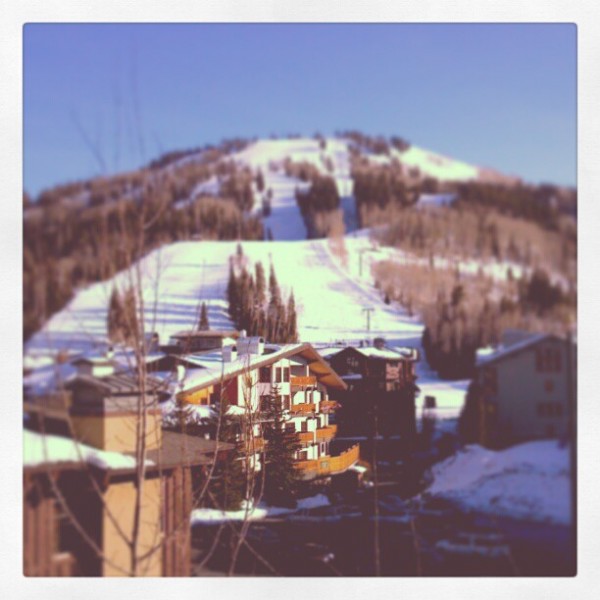 Wyndham Vacation Rentals had flown me out to Park City to teach me how to snowboard, eat gourmet food, and to check out their vacation rentals. I met the four other people in my group and we traveled forty minutes by shuttle to the Black Bear Lodge in Deer Valley.

Since there was an odd number of writers, the coordinator made us draw straws to see who would get their own room. They weren’t really straws, they were pieces of paper, but this still worked to my advantage because I got my own 3-bedroom, 2-bathroom condo with a kitchen, hot-tub, entertainment center, and view of the mountain.

After dinner I came back and stayed up late taking advantage of my own personal villa. I watched a Cheech and Chong period piece, and then a Spanish-language infomercial for a Salt Lake City witchdoctor named Chaman Habacuc who gave advice to people on their stomach problems and immigration issues. I eventually fell asleep in the huge bed that was so large I couldn’t help but sleep diagonally. 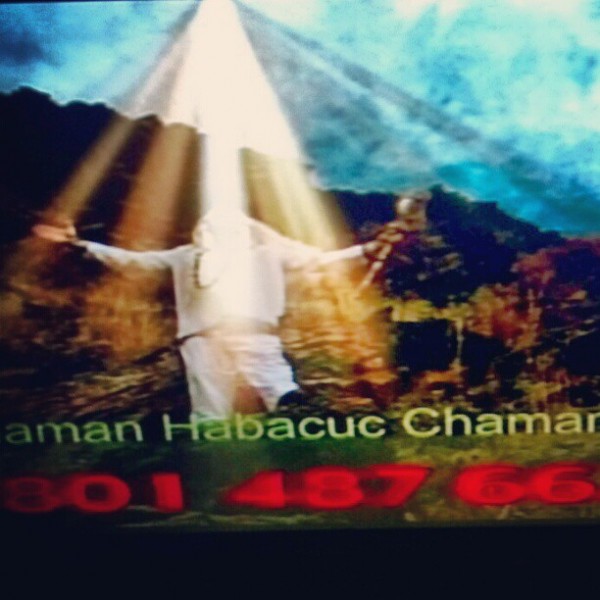 The next morning I took a snowboarding lesson at The Canyons. The instructor was excited about jam bands and teaching people how not to crash their snowboards. This was the first time I’d ever done snow sports, and was expecting to crash my snowboard. I kept crashing until the instructor explained that you can stop crashing if you pretend to move your body like The Fonz from Happy Days. This sort of worked and I stopped crashing as frequently.

A high school sophomore in our lesson got the hang of snowboarding quicker than we did, but she didn’t act like all conceited you know? She even complimented us by asking if we were scholars.

“Are you guys history majors or something?”
“No, and I graduated from college almost a decade ago.”
“Do you know anything about submarines during the 18th century?”
“No.”
“Like during World War I, or the early 1900s?”
“That’s the 20th century.”

Though I was far from becoming a military history expert, I was on my way to becoming an expert snowboarder. After another hour of practice I was shredding Olympic-caliber gnar. 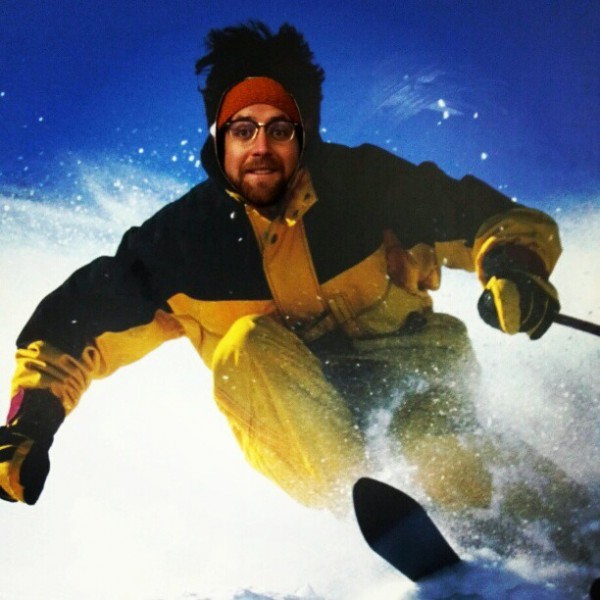 Throughout the trip we ate excellent meals that I could never have afforded at Deer Valley Fireside Dining, The Canyons’ The Farm, Chimayo, Zoom, Park City Resort Legends Bar & Grill, and High West Distillery. Every menu was a high-end offering of western cuisine, with various takes on macaroni & cheese appetizers and s’more desserts. Which technically puts Park City into “Elk Steak Country” (not to be confused with “Huckleberry Shake Country” to the northwest and “Bison Burger Country” to the northeast).

After two days in the condo we switched digs to a Wyndham Vacation Rentals’ cabin. It’s only called a cabin because we were in mountain country. It’d be known as a mansion anywhere else. It had a hot tub, a huge kitchen, a game room, and more bedrooms than I remembered to count.

At night our group had the option of returning to the No Name Saloon to hang out with wealthy ski-bros and cowboys who hadn’t left the end of the bar in over a decade. But we stayed in to drink wine and to play in the game room. We shot pool, played foosball, and had a rousing a game of Taboo. We ended the night with competitive hot-tubbing. Points were determined by how often you were willing to jump in-and-out of the snow. We had a great time. You couldn’t get this fun communal vibe from staying at a hotel. 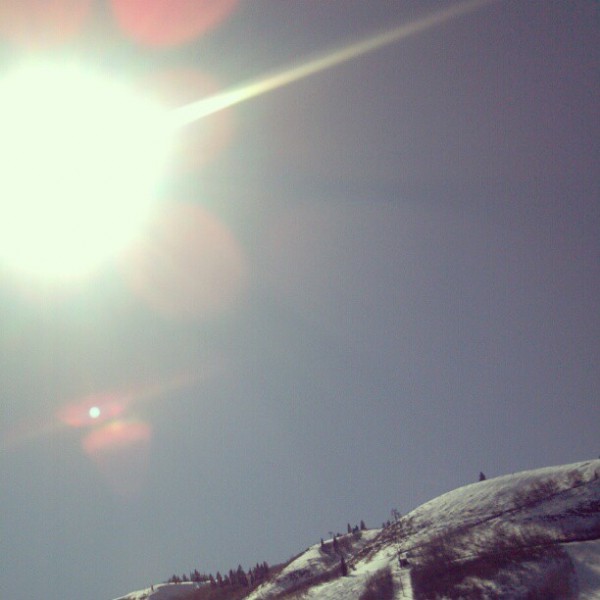 I’m always going on trips by myself. Making my own plans, figuring out my own routes, and being alone. And that’s mostly the way I prefer to travel. But every once in a while your trip is totally programmed, and you’re at the whims of a schedule. And sometimes that’s really fun, especially if they’re letting you order the appetizers and letting you sleep in luxurious king-sized beds. Because tomorrow you’ll be eating lentils and sharing a twin bed in your low-rent apartment.

[Josh was a guest of Wyndham Vacation Rentals, who are currently running some late season deals]

Park City, Utah, Is the Best Ski Vacation for Non-Skiers