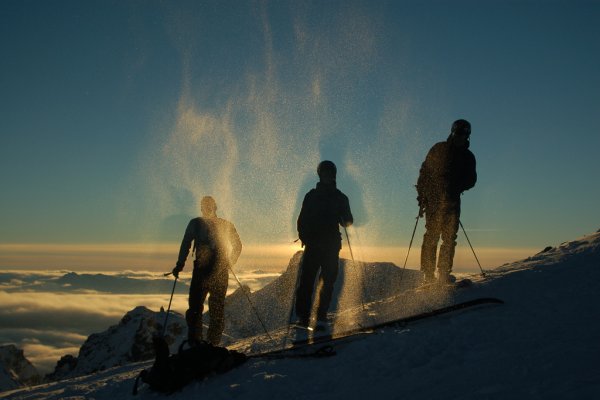 Whether big or small, each of these mountains has something special waiting for this season’s carvers.

It’s going to be a huge year for Whistler Blackcomb, the hosts of the alpine skiing venue for the 2010 Winter Olympics. A good choice, seeing as the resort consists of two mountains, three glaciers, and over 8,000 skiable acres.

The base village is equally impressive, whether you’re carbing up before hitting the lifts or knocking back a few après. My recommendations: breakfast at the Longhorn Saloon (order the B.E.L.T.C.H – bacon, egg, lettuce, tomato, cheese, and ham), lunch/dinner at the Whistler Brewhouse (the parmesan chicken pasta is where it’s at).

The largest North American resort, currently under the last stages of development, just missed the cut for Trips’ Top 10 North American Resorts for Your 2008-2009 Ski Trip.

Though still mostly unknown to non-diehards, Revelstoke should continue to pick up press this year. Big investment news includes the purchase of Selkirk Tangiers Helicopter Skiing and the opening of more than 900 acres of new terrain.

The town of Revelstoke is pretty distant from major transportation hubs (took me about 4 hours from Calgary International), so the chances of long lift lines and chewed up powder are slim. 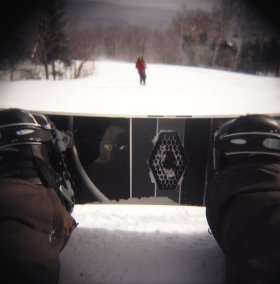 This small mountain is entering its sophomore year after refacing the Carinthia peak and successfully hosting the second stop of the 2008-2009 Winter Dew Tour.

If you’re not into the jib scene, don’t worry. The terrain parks are separated from the main mountain, leaving some of the finest East Coast groomed trails free of run rubbish.

The limelight continues for Mt. Snow this season, as they’ve been selected to host the final stop of the 2009-2010 Winter Dew Tour.

Sorry snowboarders — I’ve got to include skier-only Deer Valley because year after year their strong focus on customer service manages to impress me.

Some might argue against ‘glitz and glam’, but how can you complain when the mountain only sells a limited number of lift tickets per day to control overcrowding?

Add onto that over 2,000 acres of skiing and 3,000ft of vertical, all with a nice mix of terrain from beginner to experienced. 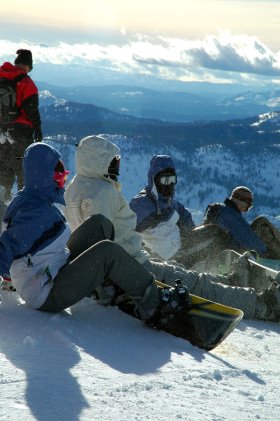 At 11,503 feet, Mammoth Mountain is the tallest Californian resort.

Slide off the Panorama Gondola and gear up to hit faces that get over 400 inches of annual snowfall. Heuvos Grande, Hangman’s Hollow, Cornice Bowl, and Climax await the daring.

There’s plenty of gnarly goodness over at the Unbound Main Park — massive tabletops and kickers. Riding up Chair 6, you can catch some sick local professionals ripping through the park.

An alternative to the big terrain parks is the Disco Park, with some smaller jumps and rails for the kids as well as those learning the ropes.

This southwestern Colorado resort is geared more towards intermediate and expert skiers as only 23% trails are listed for beginners.

New for this season: with the opening of Revelation Bowl, you can now easily access the terrain that was previously only daydreamed about by those standing glaze-eyed atop Gold Hill. Revelation’s in prime position to capitalize on the frequent storms approaching from the west.

Telluride is relatively uncrowded due to its remoteness, leaving you to enjoy the 4,400 feet of vertical and over 300 inches of annual snowfall unmolested. 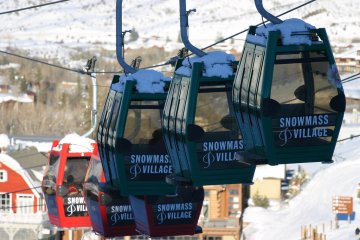 A new base village ringing it at over $1 billion puts Snowmass on this list. In addition, Aspen/Snowmass is hosting the Winter X Games in January 2010.

By only watching these events on TV you miss out on the concerts, the event village, and the chance to meet a few professional extreme athletes.

The gnarly terrain of Jackson Hole tests even the hardcore. With only 10% of 116 trails being marked for beginners, the crowds it draws are of a high caliber.

The mountain has over 2,500 acres of inbound skiing and 3,000+ of backcountry goodness, where it’s easy to find some terrifying lines and a few steep drops into pillow-like powder. A local hike-in favorite is Teton’s Pass.

The KT-22 Chairlift — best in the U.S. view-wise, in my opinion — serves some of the most diverse skiing you’ll find at Squaw Valley…maybe in North America. It takes you from base to summit, making it easy to access favorites like East Face, Red Dog Ridge, 75 Chute, and Jonny Moseley’s Run. 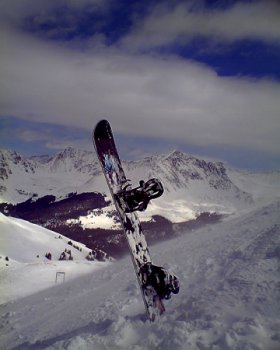 Sandwiched on I-70 between celebrity siblings Vail, Keystone, and Breckenridge, Copper Mountain doesn’t get much attention. But it should, considering it recently changed hands from real estate developer Intrawest to resort operator Powdr (who also owns Park City and Killington).

Judging from similar ownership swaps of Heavenly in 2000 and Mount Snow in 2007, the sale should put a stronger focus on the mountain instead of the already well-developed base village.

A highlight for me was riding the Storm King T-Bar Lift up to the summit — that’d be 12,313 feet — and then carving sweet powder all 2,600 feet to the bottom.

Have a difference of opinion about this season’s top 10 mountains? Do tell in the comments.

Colorado’s new Palisade Plunge is the ultimate mountain bike mega-trail
For the perfect day of hiking and Colombian coffee, head to Jardín
The 11 World Surf Reserves have the most iconic waves on the planet
How to hunt for mushrooms in Oregon’s coastal rainforest
Witness the stunning beauty of thousands of nesting sea turtles on Oaxaca’s Escobilla Beach

From lift reservations to face masks, skiing will be different this year