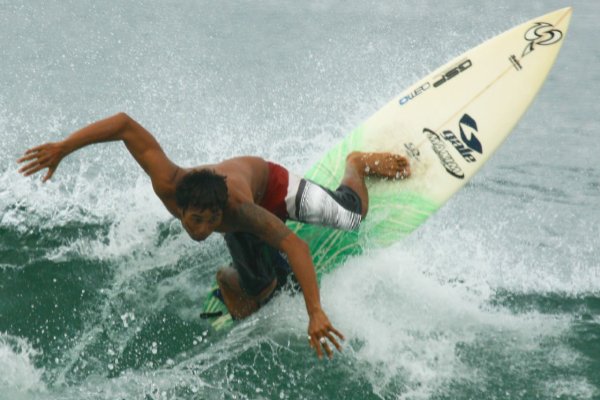 After casting an eye over the current surfing landscape, Rhys Stacker lays out the best waves of 2010 and when to find them.

IT’S HARD TO BE a serious surfer without also being a serious traveler. As fun as it is to surf your local beach, it’s the chance that perfect waves are just around the next corner — or around the world — that keeps us on the road.

[Editor’s note: Once you’re finished checking out the spots below, make sure to visit Matador’s surfing resources page].

Each year Rip Curl holds its premier WCT surf contest, The Search, at a different break around the world. Past locations have included Bali, Mexico, and Chile. In 2009 it was Peniche, a quaint fishing town about 1.5 hours north of Lisbon.

If the experience of past destinations are anything to go by, Peniche is likely to see an influx of traveling surfers keen to score the same waves they watched the world’s best compete in.

Peniche once had the distinction of being one of the smelliest surfing spots in the world due to local fish processing plants. Thankfully the factories have been cleaned up, but the world-class waves remain, the result of an undersea ledge that consistently produces hollow waves in clean swells.

Best time to go: Anytime. Portugal is temperate year round and has non-stop waves. 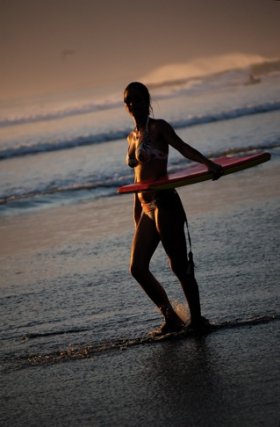 Expect the rediscovery of Bali as a surf destination to continue in 2010.

It’s been almost mandatory for the surf magazines to run Bali features for the past couple of years, filled with photos of the likes of Jamie O’Brien and Makila Jones, who camp out there for months during the Hawaiian off-season. Big names like Rob Machado and Taj Burrow have even relocated there permanently.

And what’s not to like? Bali still offers long, tubing lefts (Uluwatu), fun river mouth rights (Keramas), and a variety of beach breaks (Dreamland, Canggu) against a backdrop of cheap and delicious food, warm weather, and some of the friendliest people in the world.

Best time to go: January to March to avoid the crowds, May to September for the best swells.

For years, the fighting between the Tamil rebels and the Sri Lankan army made visiting parts of Sri Lanka a risky proposition. But the end of hostilities in early 2009 has, at the time of writing, improved the security situation.

The coastal areas are also getting back on their feet after the 2004 Boxing Day tsunami, meaning there’s no better time to experience the range of fun waves Sri Lanka‘s southern region has to offer.

Unfortunately, lots of people have the same idea, so don’t expect to have it to yourself. Arugam Bay and Hikkaduwa are the main surf zones; avoid these hot spots to find some solitude. 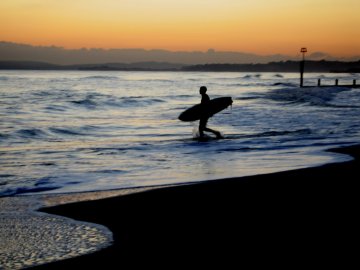 The UK’s first artificial reef opened in November 2009 at Boscombe (just upshore from Bournemouth), on England’s south coast. Early reports describe it as a short, intense peak that suits surfers ranging from intermediate to experienced.

The $4.8 million reef has spurred on the redevelopment of the once-run-down Boscombe seafront, which now has new bars, a boutique hotel, and colourful beach pods — a modern take on the quaint English bathing box.

Best time to go: October for a combination of warmer water and a better chance of getting a good swell.

Could 2010 be the year Kirra finally regains its former glory?

This sand-bottomed point break in Queensland offered one of the longest tubes in the world through the 1970s and ’80s. But a sand replenishment scheme that created perfect waves at the Superbank around the corner turned Kirra into a close out.

Many believe a big storm — and this stretch of coastline sees several cyclones each year — will be enough to clear out the excess sand and bring Kirra back.

Mind you, even if Kirra doesn’t turn on, there are still half a dozen world-class waves in the area, including Burleigh Point, Duranbah Beach, and Snapper Rocks.

And the nightlife? Very healthy. Surfers Paradise to the north offers everything from beach bars to upmarket nightclubs.

Best time to go: February to April to have the best chance of scoring a big cyclone swell. 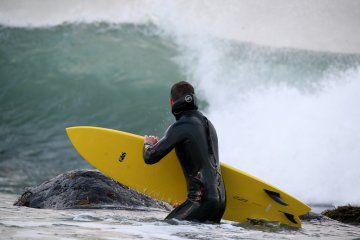 Iceland’s a bit cheaper these days, so more folks are braving the icy conditions to find uncrowded surf. Most of the waves are concentrated around the Reykjanes Peninsula in the southwest, a 30-mile drive from Reykjavik.

On offer is a variety of reefs, point breaks, and a couple of beachbreaks. It’s also uncrowded — just a few dozen regulars call Iceland home.

The downside is that it’s cold. Very cold. A 5mm wetsuit with thick gloves, booties, and hood is mandatory.

Best time to go: October and November, after the busy summer high season but before it gets frigid!

India could be the next big thing if a proposed artificial reef comes about. The company behind the Boscombe reef has announced plans to construct a similar one at Kovalam, on India’s southwest coast.

Costing around $1.5 million and due to be finished in the first half of 2010 (although these reefs are notorious for demolishing timetables), the design should create left and right breaking waves, as well as supposedly protect the beach from erosion during monsoon season.

Best time to go: May through September, although be prepared to get wet during monsoon from June.

Surfers and travelers alike should enjoy the Matador team’s GETSOME List: Our Wishlist Destinations for 2010.

Bali’s beach pollution is getting out of hand. Here’s what you can do.

Going Om: Shrines, shamans, and the lack of sarcasm in Bali