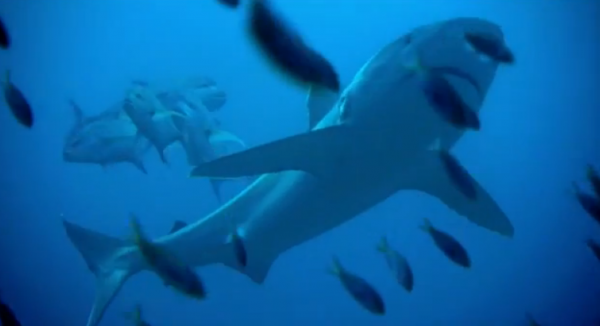 I tell Werner Herzog jokes at parties. David Attenborough makes me swoon. I’m such a documentary nerd, I’ve gone places because of them. These 10 travel docs may compel you to do the same.

Inspiring because: From the opening scene in which you can almost touch the steamed, matted fur on Japanese snow monkeys in their alpine bath, Baraka gives you a front-row seat to our planet’s diverse happenings. The chill of Auschwitz’s rusted chambers is palpable, as is the warmth of breaking dawn on a lone street sweeper in Durbar Square, Nepal.

There’s no narrative, only a swelling, reverent score, leaving the viewer to add her own commentary. If you’re anything like me, it may go something like… “Damnit, there are too many places I haven’t been and if I die without seeing them, I’m gonna be pissed. That’s it, I’m quitting my job.”

Inspiring because: The story of six blind Tibetan kids climbing Everest is a unique entry point into the best and worst of a fascinating region. Like many, I’ve always put Tibet on a pedestal — easy to do when a country is positioned as both underdog (a victim of Chinese imperialism) and moral authority (birthplace of the Dalai Lama). But Tibet has flaws like anywhere else — for instance, its shocking treatment of blind people. Openly mocked in the streets, chained to beds in dark rooms, their predicament had me weeping in the film’s first five minutes.

In the end, though, the spirit and humor of the young mountain climbers and the beauty of the Himalayas deepened my interest in Tibet. Plus real-life travel heroes Sabriye Tenberken and Erik Weihenmayer — she founded Tibet’s first school for the blind, he’s the only blind man to climb Everest — will inspire even the most complacent of armchair travelers.

Inspiring because: Widely touted as the original “surf trip,” this 1966 classic has moved many a dude (and dudette) to drop everything for Bali or Byron Bay. The concept is simple — two surfers chase summer across the globe in search of the perfect wave. But the resulting adventure is full of touching encounters. Like the driver who’s so chuffed to have visitors, he insists on a free tour of his hometown. And the folks in Ghana who gather on the beach with packed lunches to watch them surf like they’re Cirque du Soleil.

It makes me nostalgic for a time I never knew, a time when large parts of the world were still untouched by tourism and the only way to share a new sport was not online or on DVD, but in person.

Locations: The North and South Poles

Inspiring because: BBC nature documentaries bring us the most rarest, most remote and spectacularly beautiful parts of our planet. To my knowledge, no other production outfit comes close in terms of quantity, quality, and scale.

While every series is superb, I single out Frozen Planet because as someone who had little interest in ice, I found myself completely riveted by killer marine icicles, the thunderous spectacle of ice calving, and a never-before-seen polar bear birth. Far from barren tundra, Frozen Planet shows us the poles are rock stars in their own right.

Inspiring because: It encourages us to travel with our mouths, like the film’s fruit sleuths who, in their search for rare mangoes and forgotten Renaissance-era pears, take us to remote jungles, an Italian villa, even Bill Pullman’s backyard.

While I may not be willing to go quite as far for sweet juiciness, the seductive way in which the fruit is shot — extreme closeups of a star fruit’s glistening insides or the cottony fuzz of ice cream beans — has inspired me to seek out new tastes in my own city.

6. If God Is Willing and Da Creek Don’t Rise

Inspiring because: Despite hurricanes, oil spills, poverty, corruption, gun violence, and an endless string of troubles, the “who dat ” spirit of the people in this film is infectious. I don’t even like football and the joyful hysteria of a Super Bowl victory celebration on Bourbon Street, pulsing pubwards in a whirl of metallic confetti, made me sorry I missed the game. Admittedly, this first scene is the high point of what’s really a dark expose on a failed municipality, but, if you’ve been to New Orleans, it will pull you right back to the sights, smells, and spirit of a place that’s as alive as anywhere I’ve been.

Locations: 192 countries from Australia to Angola

Inspiring because: It’s the Baraka of the YouTube era. 80,000 video submissions from all walks were whittled to an intimate 90 minutes, filled with everyday moments — sizzling eggs at breakfast, a man admiring a woman on the subway — and extraordinary ones — a Japanese boy praying to his dead mother’s shrine, a young gay man coming out to his grandma (yes, I cried). We all eat, sleep, communicate, and get around, but Life in a Day reminds us of the myriad ways in which these universalities take shape.

Inspiring because: It has the power to turn one of our greatest popularly perceived threats, the shark, into a recognized ally essential to our very existence. For many of us (AKA moi), the ocean is hostile to humans, a murky, infinite, alien abyss, but filmmaker Rob Stewart shares a different perspective.

With stunning underwater photography — a silhouetted school of hammerhead sharks, Stewart rhythmically stroking a shark on the seafloor — and a compelling narrative, the ocean is framed as the foundation of all life, our birthplace as a species, and an uncharted wonderland of Little Mermaid-style friends. Okay, so you won’t find lobsters playing steel clams. But consider this: if Stewart can spend 200 days of the year underwater with nary an incident, surely we’ll emerge from our little snorkeling trip in one piece (*crosses toes*).

Inspiring because: It presents Oceania as the most pristine, undiscovered, magical region on Earth. Far-flung isles ruled by coconut-eating crabs, a community of 300 sustainable-minded folks called Anutans, and the most awesome barrel wave ever caught on film — how could you not want to hop the next flight to…wherever one flies to reach Anuta. Point is, I’m warning you right now: the BBC’s South Pacific may be the trigger for your latent desert-island fantasy.

Inspiring because: Instead of doing the Empire State Building and Texas BBQ, British media personality Stephen Fry goes above and beyond to uncover the lesser-known and more offbeat parts of the US. From ice cream makers in Vermont to Hmong immigrants in Minnesota to hobos in St. Louis to Navajos in Monument Valley to coal miners in West Virginia to aboriginal whalers in Alaska to an Apple executive in San Francisco…so many flavors in the American melting pot get their due.

Sometimes it takes an outsider to reveal the magic in your own home; all the better if he can do so via London cab.