View all travel news
Top Countries
Top CitiesView All Destinations
Trending Regions
Trending Cities
Load More
In the last two years, there’s been a transition in action sports storytelling towards the essence of “human struggle” within an athlete. Are we entering a new movement in filmmaking? 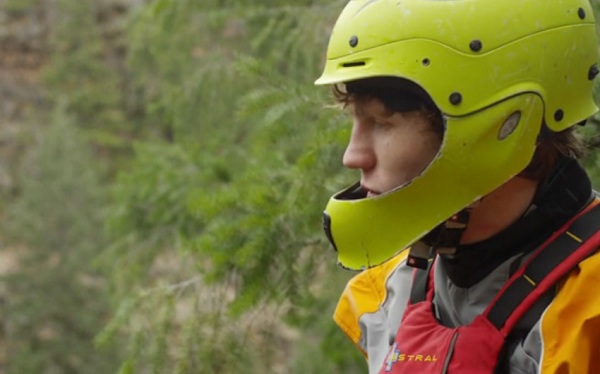 ORIGINAL ACTION SPORTS MOVIES — Old School — focused on a sport and a place, and typically presented athletes in an almost mythical or heroic way, and then used a kind of “man vs. nature” conflict to drive the plot forward.

The newest evolution — what I think of as the “Essence” or “Human Struggle” kind of film — is marked by the athlete’s demystification, his or her very personal narrative. Different from “lifestyle” pieces (like MTV “Cribs” or works showing the athlete “at home”), Human Struggle films are still very much rooted in sports, but boiled down to the essence, the question of “why” the athlete engages in a particular sport. As opposed to the mythic “hero” of Old School films or the equally abstracted “performer” in New School videos, Human Struggle filmmaking is all about the athlete’s inner conflicts, backstory, and motivations. And in this way it becomes universally relevant.

Here are 5 videos where we can see how this mode of storytelling has evolved.

Following kayaker and Matador Ambassador Evan Garcia from the time he gets up until the time he runs an 80 ft. waterfall, Huck evokes the fear, focus, and stoke, as well as the loneliness of an athlete who has dedicated himself to such a level that he can only wonder what he’s missing in the meantime. As filmmaker Andy Maser explains, this kind of paddling “is constantly glorified and frequently misunderstood by all but the small group of kayakers who make waterfalls their life.” Andy’s storytelling enables the rest of us to get into this life for a second.

Put up on Patagonia’s Cleanest Line a couple months ago, Shattered is a portrait of emptiness and fulfillment. Filmmaker Tyler Stableford explains:

Shattered holds a special place in my heart, as it is a co-creation with the legendary alpinist and writer Steve House. After achieving one of his dream summits, Steve found himself bereft, searching for deeper meaning in his life. Shattered shares a window into his inner journey.

Steve is heralded in the climbing world for his minimalist approach to climbing, and our filming style echoed this sparsity. We set our intentions on creating a visual poem, a short film sculpted to its ethereal essence.

The Season exemplifies the concept of “inner struggle.” Filmed over two seasons, and broken into some 40 episodes, each “season” follows the lives of a handful of athletes, focusing on their inner struggles, often touching on tragedies or difficulties in the past that they’re still attempting to overcome. As opposed to making snowboarding, climbing, kayaking, and other adventure sports seem “glamorous” (as they’re typically portrayed), The Season shows the hardship, frustration, and sometimes tediousness of just trying to accomplish (and film) an outdoor adventure objective.

When I asked the crew at Matador if anyone else had noticed this trend in sports filmmaking, contributing editor Eric Warren brought up The Collective, saying:

I’ve been excited about this transition in action sports storytelling, as it’s slowly unfolded. The first time I saw anything like it was in the mountain bike film The Collective, which didn’t just feature straight bike porn, but also gave a little glimpse into the lives of the riders and why they loved what they did. Race films do interviews with the racers, but this was way more informal and very focused on the narrative of being out riding and having fun with friends. It’s a small portion of the film, but it was a start. It was the first time I’d seen real substance in a bike movie that gave me a connection to the people.

Filmmaker and Matador Ambassador Nathan Myers just premiered his latest project, which follows a single day in the lives of 25 different surfers. He noted:

We set out to contrast the experiences of different surfers around the world…but what we stumbled upon was a unique level of intimacy. The filmmakers we’d asked to shoot that day were all close to the surfer they were filming. And thus, they were allowed to film them in their bedrooms, their bathrooms, chatting in their car and down to the water’s edge to paddle out with them. Some of our best chapters turned out to be about guys who got absolutely terrible conditions…and went surfing anyway.

What other examples have you found of this style of filmmaking?