THIS PAST AUGUST, Travel Yukon sent me on a 10-day, 1,300-mile journey through the heart of the territory. By 4×4, helicopter, and fixed wing, I experienced the region’s landscapes first-hand, and though I saw animals representing both the top of the food chain (like black bears and bison) and the bottom (like marmots), it was standing at the Dawson City Farmer’s Market, chatting with a man who has lived in a cave for the last 17 years that made me think that perhaps the most interesting wildlife in the area are the people. 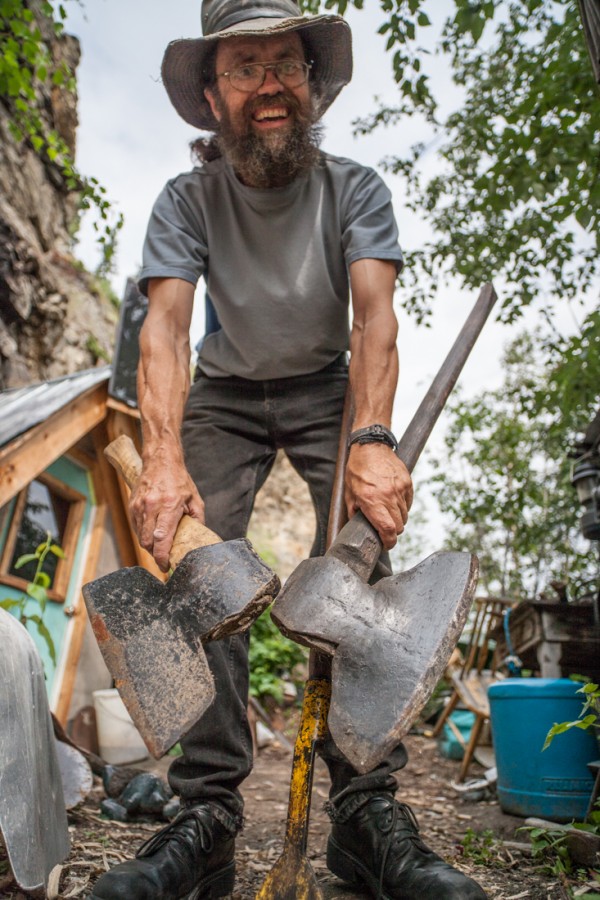 This is the first of two posts that make up a four-part video essay, the result of me following my intuition, talking with strangers, and always having my camera ready. I met each of the characters somewhat by accident, but as soon as I introduced myself and shared some of my story, they let me follow them around asking questions, snapping pictures, and rolling video. The willingness of locals to accommodate my curiosity was just one of the defining features of my Yukon journey.

Caveman Bill’s reputation preceded him: He was the guy who’d been living in a cave outside of Dawson for 17 years. When I met him at the Dawson City Farmer’s Market, my first question was whether the stories were true. “Yes indeed,” he said, and invited me to hop on his boat and see for myself.

Bill took me across the Yukon River in his aluminum skiff to show me where he lives.

Bill lives in his cave year-round, even in the winters when the temperature drops to 50C below. His is a life of containment and sustainability. Caveman Bill spends a great deal of his time making the furniture that outfits his home.

“If I take at least a modicum of care for it,” he says of the pieces he makes, “it’ll last me for all of my life… Possibly for hundreds of years if it gets taken care of.” 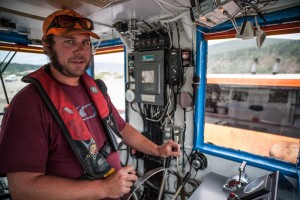 Big Brian, known as Big B, is a dog musher and operator of the George Black ferry which crosses the Yukon River, on demand, 24hrs a day to link Dawson City with the Top of the World Highway.

Big B didn’t even blink when I climbed, camera rolling, into the operator’s booth of his diesel ferry boat.

Then again, with friends like Corky and Earl, Quasar, Caveman Bill and Barnacle Bob, I’m not sure what I would have had to do to faze him.

Characters of the Yukon: Meet Sandy and Joe

A Badass Travel Guide To the Yukon

How To Hitchhike To the Yukon