IN THE SECOND installment of this four-part video essay (first installment here), I introduce you to Sandy Adamson and Joe Widdis, two Yukoners who helped me see that it takes a particular kind of person to be comfortable living in the territory. The Yukon has long, sunless winters and a sense of isolation, but also extensive personal liberty and a connection to the earth. Every Yukoner I met expressed a deep appreciation for their life in the territory.

I met amateur museum curator Sandy Adamson while having breakfast at Buckshot Betty’s in Beaver Creek, the western-most town in Canada and Sandy’s home. With a population of 100 (give or take), there’s not a lot of rules to follow. Sandy’s taken the liberty to build his entire house out of found objects sourced from the local dump—and that’s not even the most surprising thing on his land.

“If we don’t have it in here, you don’t need it,” Sandy said of the most amazing roadside attraction I’ve ever seen. “We have everything.” 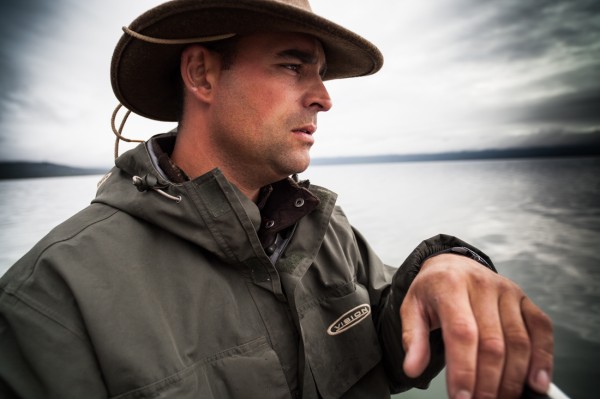 I was drinking a Cariboo beer around a fire with the hunting guides at Dalton Trail Lodge just outside Kluane National Park when lead guide Joe Widdis showed up. I immediately liked this guy. Over a few Cariboos, I came to really appreciate his charismatic storytelling and thoughtful, practical nature. Joe told many tales of the area, including the little known fact that the lodge we were staying at was built by a group of Chicago gangsters in the 40s.

Born and raised in the Yukon, Joe lives by his wits and knowledge of the region. Joe knows the best spots to pull a pile of trout and grayling out of the surrounding lakes, and while we were floating out on the still lake in the early morning, Joe shared some of the angling skills his grandfather taught him. And for those of us in the group who couldn’t quite get the hang of tying the line to the hook, he had this to say: “If you don’t know knots, tie lots.”

Characters of the Yukon: Meet Caveman Bill and Big B

A badass travel guide to the Yukon

How to hitchhike to the Yukon