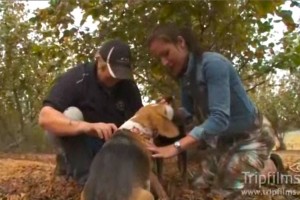 I had never considered adding truffle hunting to my “backpacking Australia” to-do list. Running around with some dogs while they sniff and root among the trees does have a certain appeal. Western Australia is the continent’s largest truffle producer, with a cooler climate and rich soil that mimics top truffle areas of Europe. The truffle season is only three months long (June-August), so, whether working the fields, or just attending the tour, being there at the right time will be essential.

Video created by Travel Content.
Tagged
Travel
What did you think of this story?
Meh
Good
Awesome