THE CONSEQUENCES BEING living in regret the rest of the year until you get a chance to be a part of the first festival for travel video lovers just like you. Well, maybe not just like you — you’re a little weird, but you catch my drift.

I was stoked to be a finalist in NoFF 2011 and you can bet your sweet ass I will be submitting to this year’s festival and — the Big Traveler in the Sky willing — attending the screenings on June 23rd in NYC. 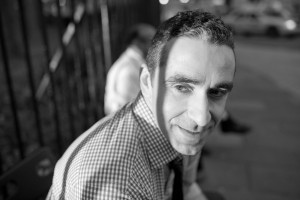 This week I chatted with NoFF Co-Founder Bassam Tarazi about travel vids, putting on an event of this nature, and his favorite KFC side dish.

Josh: What did you learn about travel video creators from the 1st NoFF?

Bassam: We learned that they were not afraid to go anywhere, to do anything, or use any style of storytelling. I think we were most impressed with the different types of films that were submitted.

We expected most films in our first year to be mostly people talking to the camera and explaining their journeys but there was so much creativity to the submissions. It blew us away.

What are you doing differently this festival?

The big change is that we cut down submission lengths from 15 minutes to seven minutes. Most of the pieces last year were under 10 minutes anyhow so we didn’t want people to feel like their four minute film wasn’t worthy if a bunch of people would be submitting in-depth 15 minute movies.

Plus, reducing the length of submissions forces people to edit their footage to really get the best-of-the-best when it comes to footage. I know all too well that that isn’t the easiest thing to do!

Furthermore, we teamed up with a few editors who are willing to offer their services for those who have footage but don’t know how to edit. It was our way to try and bridge the gap between “record” and final product.

What do you want people to know about NoFF?

It’s a film festival for travelers that film, not just filmmakers who travel. (Oh and we’re going to have a rock climbing wall there this year.)

If you were stuck on a deserted island and could have one song, one KFC side dish, and one historical figure with you, what would you choose?

Historical figure: Grace Kelly would be a delightful companion, although Napoleon might not be a bad strategic ally since he spent a fair amount of time on deserted islands.

Go to the Nomading Film Festival’s site to get the scoop on submitting your travel vid and be a part travel video’s first film festival.