After you check out these photos, you’ll never again wonder which Greenville everyone’s talking about. The following are 13 gorgeous images, sure, but they’re also 13 reasons why this South Carolina hotspot is one of the fastest growing towns in the nation. It’s the region’s hub to the outdoors in any and all directions, your jumping off point to gorges, mountain peaks, clear waters, bike trails, sunsets, waterfalls, and just about everything else Mother Nature has ever conjured up.

So get ready, because your trip list is about to get one longer. Welcome to the “green” — of that Greenville, South Carolina. 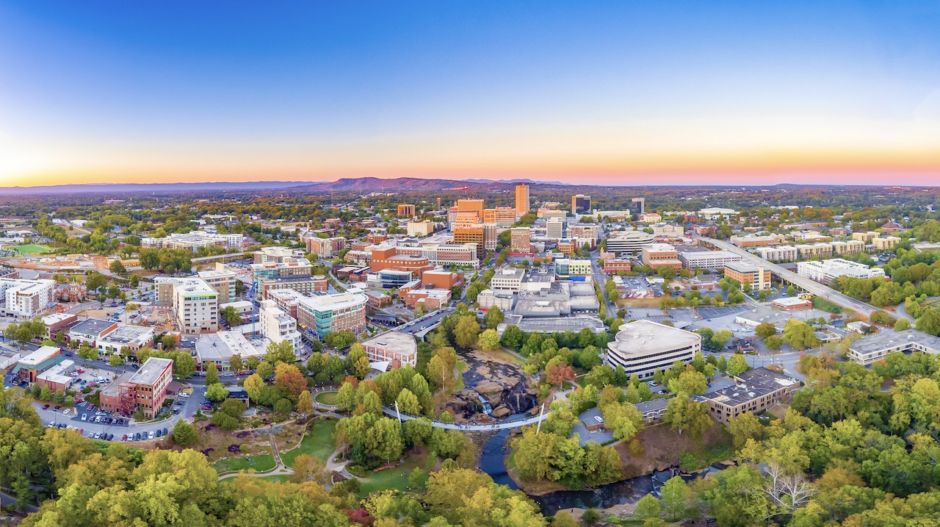 Sandwiched between a waterfall and the mountains and just a few hours from the ocean, Greenville's name isn't exactly a coincidence. This is a drone-only view—unless you opt for a helicopter tour over the best of South Carolina's Upstate.
Photo: VisitGreenvilleSC/Dread Xeppelin Aerial 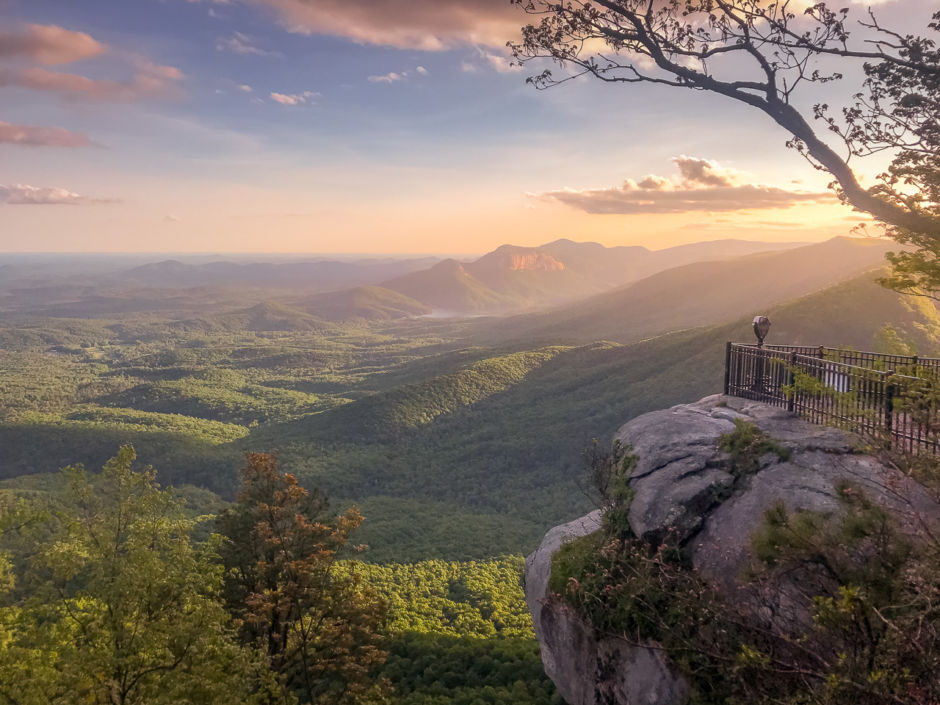 State parks lie within easy driving distance from town, whatever direction you're headed. This overlook is steps from the main parking lot at Caesars Head State Park, making the initial payoff virtually effortless. But dive deeper into the network of trails and you'll find the best of the Mountain Bridge Wilderness Area: choose between suspension bridges, waterfalls, and epic granite views.
Photo: Jacqueline Kehoe 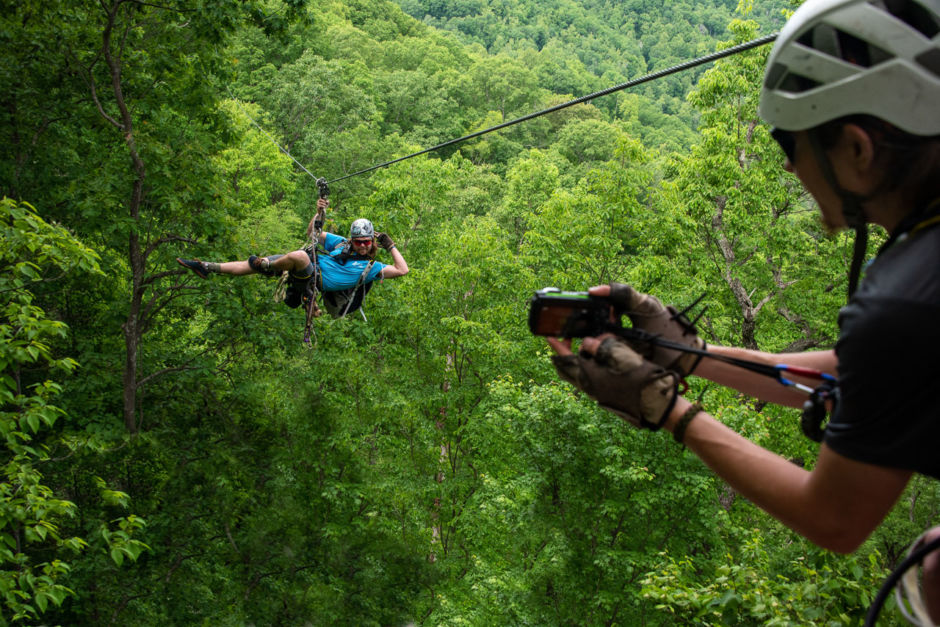 The Gorge Zipline, less than an hour north of Greenville, is the longest, highest, and steepest canopy zipline in all of the United States. You'll fly over more than a mile of the Green River Gorge, one of the last old-growth forests of its kind. The views are incredible—line 5 alone is 1,100 feet long—and you'll see for yourself why Jack here is feeling so good.
Photo: Jacqueline Kehoe 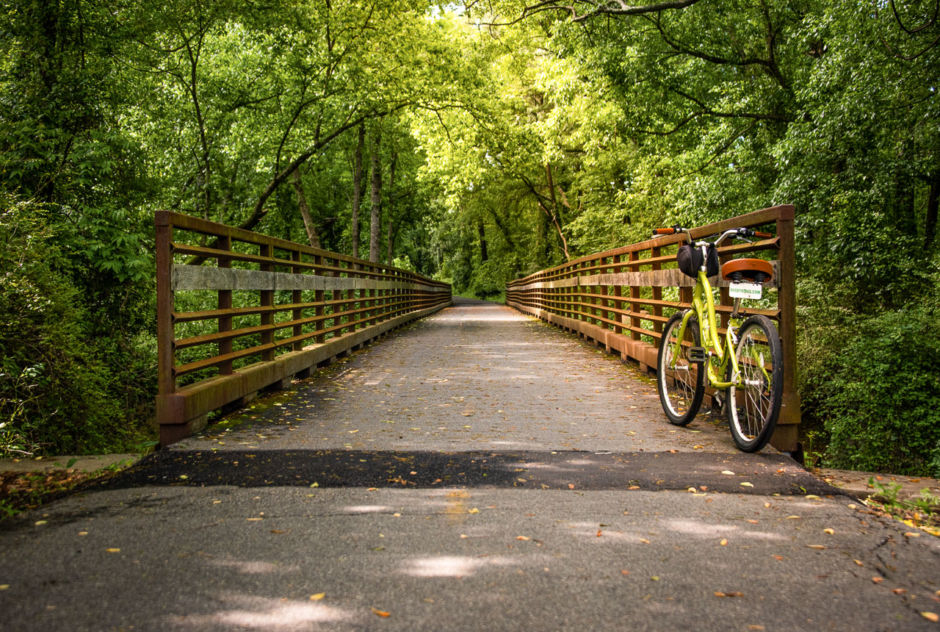 Running straight through downtown Greenville all the way up to Travelers Rest and beyond, the Prisma Health Swamp Rabbit Trail is 22 miles that absolutely fly by. Broken up by landmarks—including tasty cafes, cute small-town downtowns, and old train cars—the mostly flat, mostly shaded trail is great for bikers, runners, families, pups, and anyone who needs some "green" time.
Photo: Jacqueline Kehoe 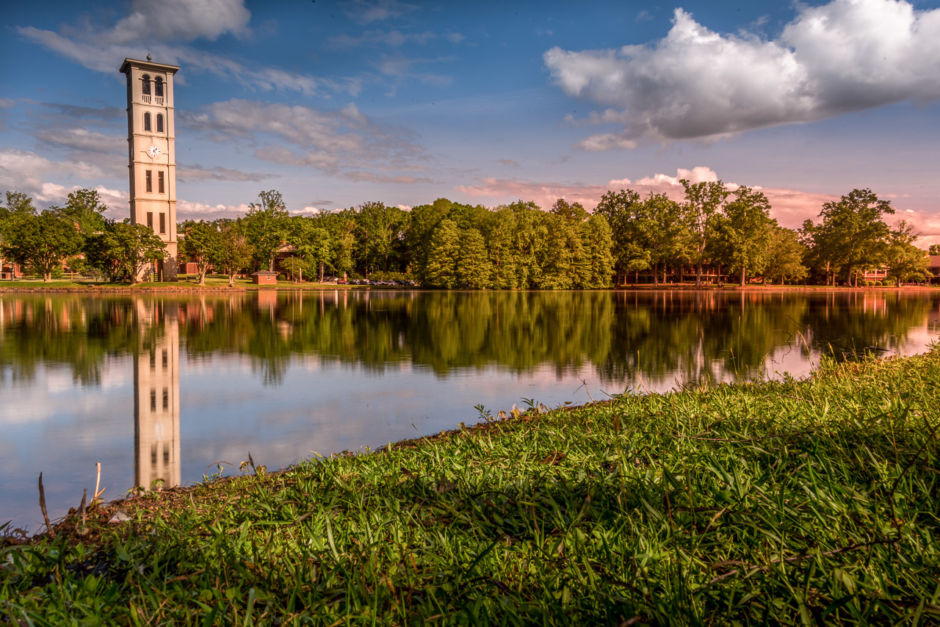 The oldest private institution in the state is also one of the most beautiful. The Prisma Health Swamp Rabbit Trail intersects with the campus of Furman University, giving you access to views like the one above. Locals refer to this as Swan Lake, and you just might see some of the birds on your visit. Hope you packed a picnic!
Photo: Jacqueline Kehoe 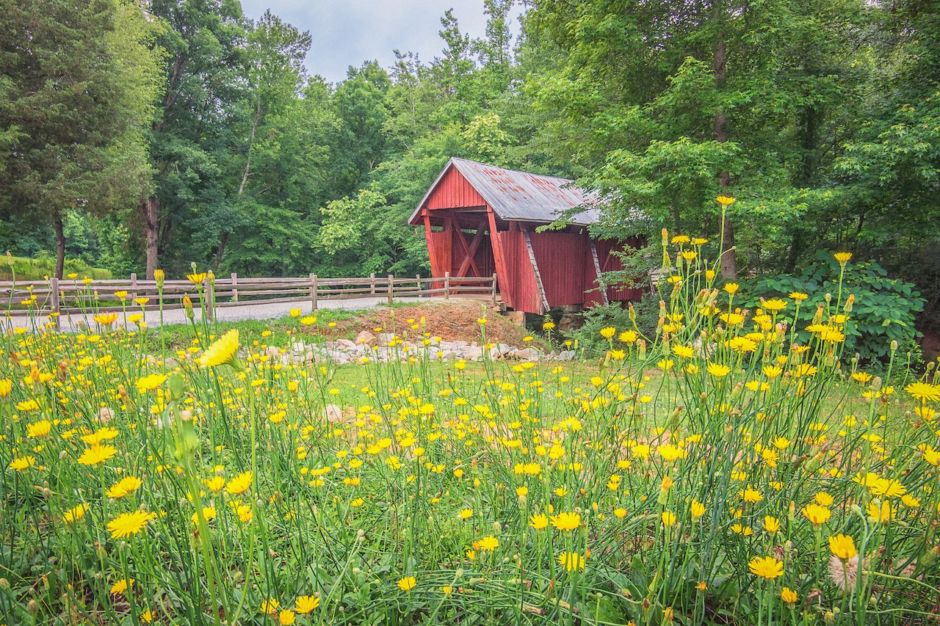 Campbell's Covered Bridge, just north of Travelers Rest, is the last covered bridge in the state, built in 1909. Views like this used to dot South Carolina—the entire country, really—while now they're a reminder of a simpler, slower time and something to be sought out.
Photo: VisitGreenvilleSC/Chilehead Photography 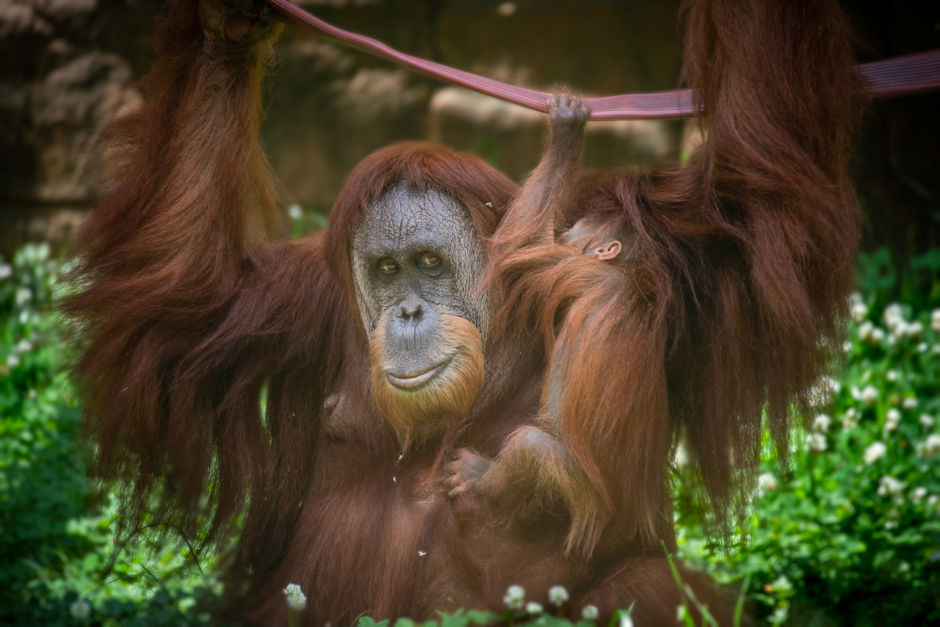 Part of the city's giant Cleveland Park, the Greenville Zoo is 14 acres worthy of a city ten times the size. Come to watch the giraffes eat 75 lbs of food a day, come for Brew in the Zoo, or come to support the zoo's conservation efforts—some of the most impressive in the state.
Photo: Jacqueline Kehoe

Culture10 Things About Greenville, SC That Are Pushing It To the Next Level 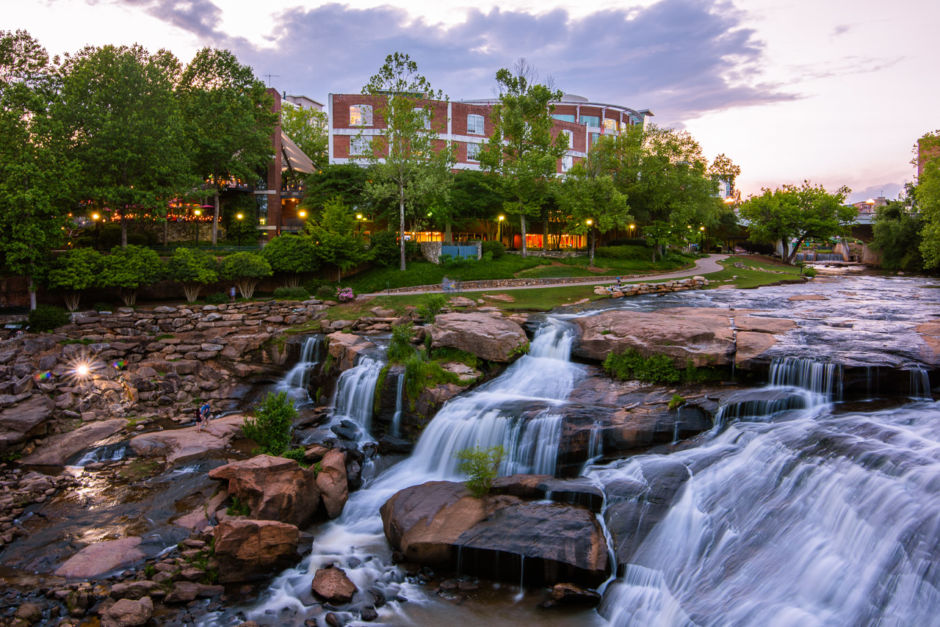 Falls Park on the Reedy

Rivers run through a lot of towns, but how many can claim a massive waterfall to boot? It's now part of Falls Park on the Reedy, a spot just grand enough to mirror Greenville's dedication to the outdoors.
Photo: Jacqueline Kehoe 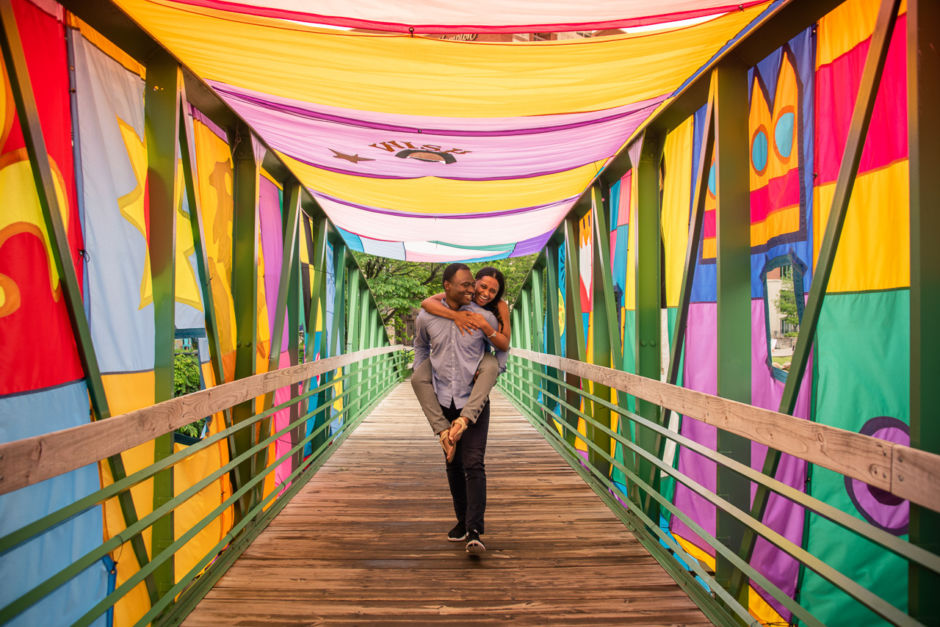 Even if you've only eaten a sandwich in the South, you've probably heard of Duke's Mayonnaise. Eugenia Duke invented the stuff millions swear by, and in her honor, the Eugenia Duke Bridge crosses the Reedy River in downtown Greenville. Around Artisphere time in early May, this green-painted pedestrian bridge gets draped in color, as you see above.
Photo: Jacqueline Kehoe 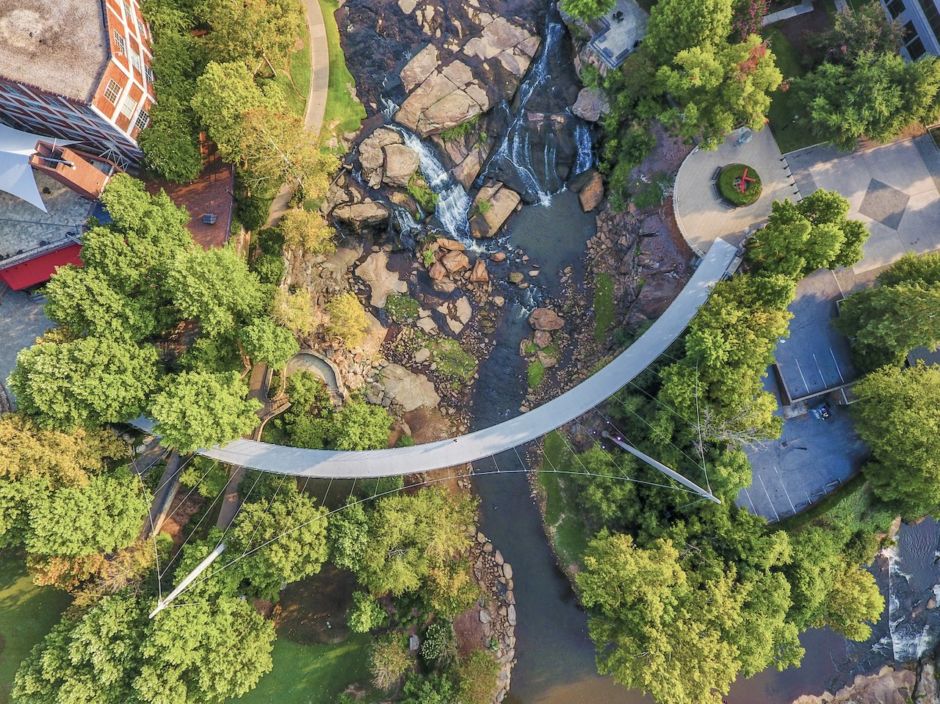 The Liberty Bridge over Falls Park on the Reedy

You're looking at what's possible when an artistic, outdoorsy community comes together. The Liberty Bridge replaced a six-lane highway in 2004, and now this topographical jackpot is, once again, the heartbeat of the city. Trails meander every which way in the surrounding park spaces, and downtown is just a staircase away from this massive waterfall.
Photo: VisitGreenvilleSC/Dread Xeppelin Aerial 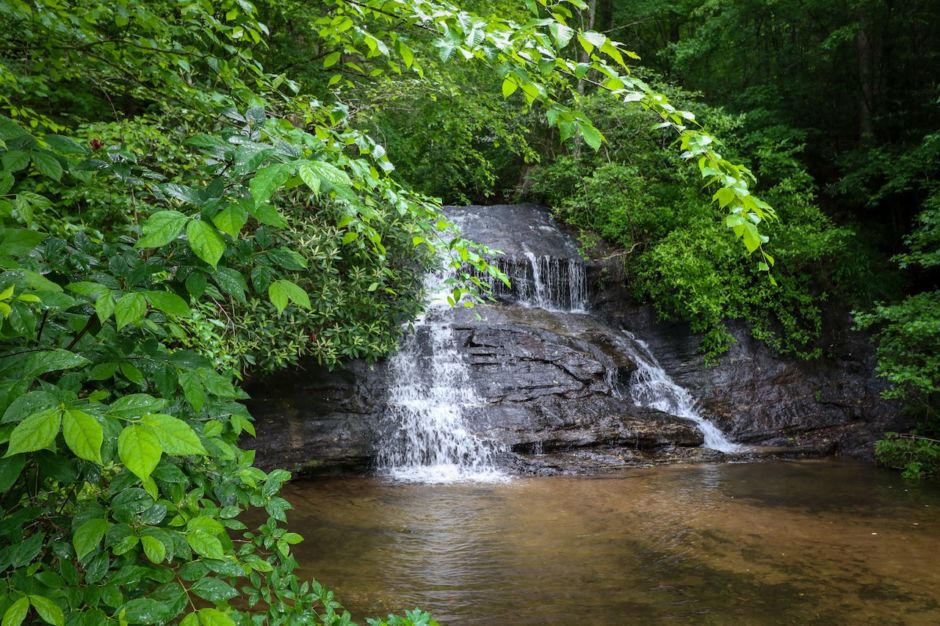 A fun half-day trip out of Greenville is to follow the Cherokee Foothills Scenic Highway (SC-11), which passes pristine spots like this. Lower Wildcat Falls can be seen right from the road. If you have the time (and the appropriate footwear), a short hike along the trail to the left of the lower falls will bring you first to Middle Wildcat Falls and, a quarter-mile later, to Upper Wildcat Falls, a 100-foot free-fall.
Photo: VisitGreenvilleSC/Jay Adams

Travel9 Experiences To Have in Greenville, SC Before They Go Mainstream 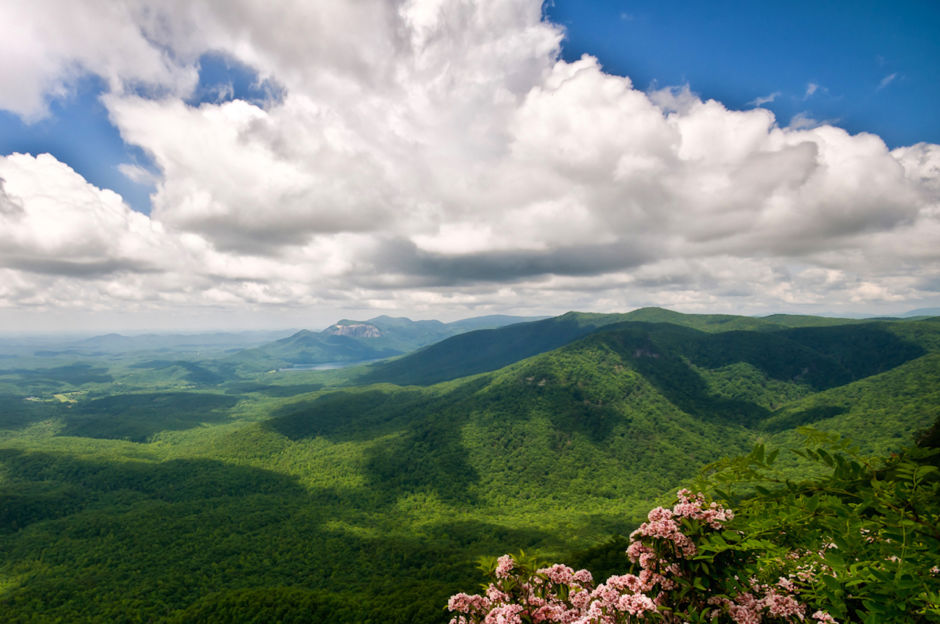 Table Rock State Park, 40 minutes or so northwest of downtown, has the highest peak entirely within South Carolina: Pinnacle Mountain, reaching some 3,400 feet into the sky. You can hit the summit and make it back in time for happy hour.
Photo: VisitGreenvilleSC/Nature Walk Photography 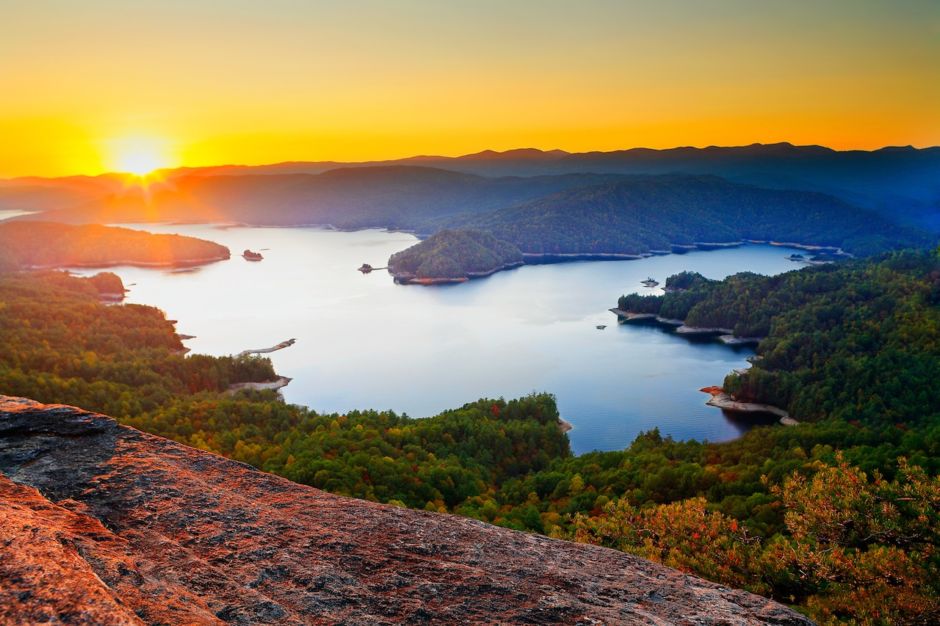 Lake Jocassee from Jumping Off Rock

The massive 7,565-acre Lake Jocassee should be seen first from above—that way, you'll understand the maze of water you're dealing with. Accessible via Devils Fork State Park, an hour west of Greenville, Jocassee is fed by streams and waterfalls, making it significantly cooler and clearer than its other Appalachian counterparts. Scuba divers, have at it.
Photo: VisitGreenvilleSC/Firewater Photography 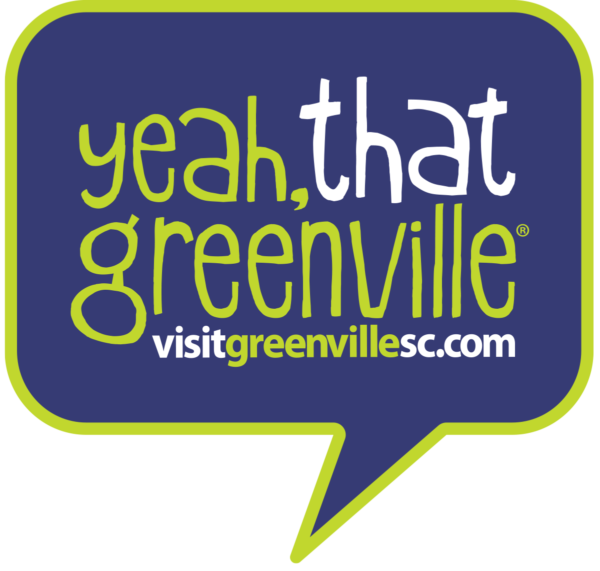 This post is proudly produced in partnership with VisitGreenvilleSC.
Tagged
Travel Greenville, SC, United States
What did you think of this story?
Meh
Good
Awesome