Kenya is known for its beautiful landscapes, diverse culture, and wide array of wildlife. It’s one of the most popular locations in Africa for safaris, known particularly for the “big five:” elephants, lions, leopards, buffalos, and rhinos. It also doesn’t hurt that it’s home to Masai Mara National Park, home to the annual wildebeest migration.

But one beautiful (and colorful) animal tourists may not think about also lives in several regions of the country: the African flamingo. These majestic birds are usually seen flocking in bodies of water like lakes and seasonal watering holes in national parks. Between December and April, a particularly large population collects around Lake Nakuru National Park, where an estimated 800,000 — or perhaps up to 1.5 million — African flamingos come together to breed and feed. And, it turns out, to be photographed by safari-goers.

@visit Bet you didn’t know Kenya has thousands of beautiful flamingos 😍 If you’re a bird-lover looking for travel inspiration, this is the place to go 🦩 @hobopeeba #iloveflamingos #travelinspiration #kenyatravel #flamingotok #flamingos ♬ audio diretamente do Brasil – 07

The flamingos are in the park year-round, but the population usually peaks when the lake is shallowest, allowing easy access to algae. December through early April is the driest of the dry seasons, but July and August can also be good. Kenya’s weather can vary drastically year-to-year,  however, so there are no guarantees. But since there are so many African flamingos in the park, even if most have gone somewhere else, you’ll still likely see hundreds.

Flamingo species in the park 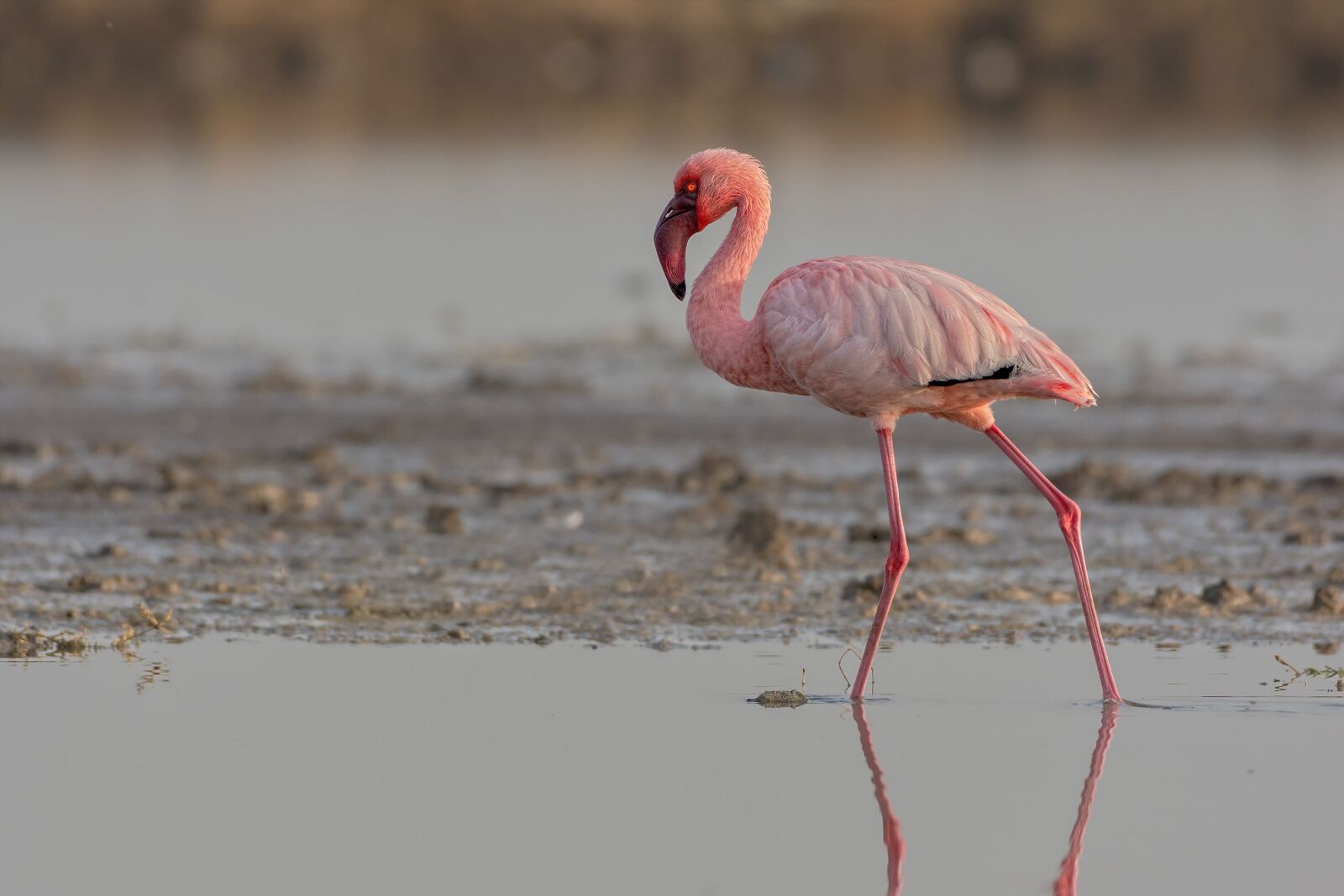 The park is accessible by air or car and various safari tours are available to guide visitors through the park and its wealth of flora and fauna. Accommodations range from camping within the grounds of the park to more luxurious lodges. The park is about 96 miles from Nairobi, so it’s possible to drive yourself. But if you’d prefer not to do the leg work, you’ll find plenty of options from tour companies that visit the African flamingos of Lake Nakuru. Good options include organized tours with five-star safaris with companies like andBeyond or Abercrombie and Kent to more budget-friendly road trip safaris from companies like Sun Safaris or Eco Adventure Safaris.

Coffee + TeaGet Your Caffeine Fix on These 4 Kenyan Coffee and Tea Tours
Tagged
Wildlife Kenya
What did you think of this story?
Meh
Good
Awesome