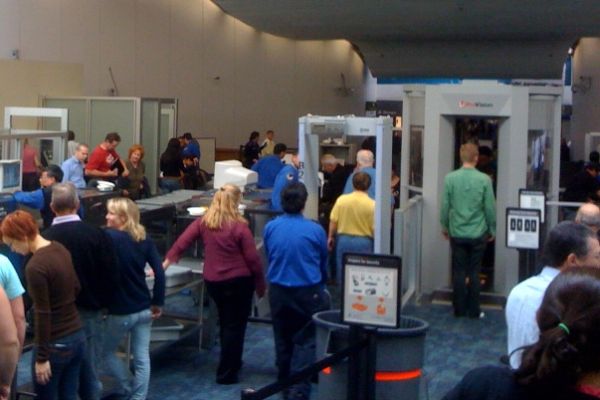 In response to public outrage surrounding the Transportation Security Administration’s recent changes to airport security procedures, TSA administrator John Pistole stated: “We all wish we lived in a world where security procedures at airports weren’t necessary but that just isn’t the case.”

Yes, Mr. Pistole, we can all agree with that, but what many people – including me – don’t agree with is the way in which the TSA is allegedly attempting to increase airport security. How things stand right now, air passengers are faced with the option of going through a body scanner which produces virtually naked images, submitting to an invasive pat down, or leaving the airport under threat of an $11,000 fine.

As these new, stricter, procedures were rolled out in airports across the US during the last few weeks, the internet buzzed with horrific stories of women being forced to remove prosthetic breasts, a bladder cancer survivor being covered in urine after a TSA pat down, and a young boy having his shirt removed during a secondary screening.

Americans are questioning whether this invasion of privacy and personal rights – having to choose between getting a nude image of yourself produced or basically being groped in public – is worth it.

Not only are the TSA security procedures not worth the hassle, but they are simply just not effective at doing what they are supposed to do, which is find and prevent terrorist attacks. Here are 10 reasons why: 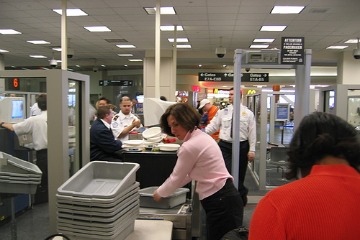 1. Only a percentage of air travelers go through the TSA’s enhanced security measures

Currently 68 US airports have the new imaging technology machines in use, yet there are over 5,000 public-use airports in the country. At many international airports like San Francisco International, only one full body scanner is located at each major entrance to the departure gates.

It’s easy for passengers to see which queue will end up going through the scanner rather than the metal detectors, and unless you’re pulled out of one line and asked to go through another, you can basically choose if you’ll go through the scanner or not. In one incident, several people opted out of the body scanners and were just sent through metal detectors instead.

If a passenger had something to hide, he or she could walk through the line for the metal detector instead of the scanner. Alternatively, a passenger with ill intent could simply board an aircraft at an airport or terminal that does not utilize the scanners.

2. Airports can legally opt out of TSA services and hire private security instead

In addition, airports are under no obligation to utilize TSA services; they can hire private security companies instead. This means that some airline passengers will be screened by TSA agents, while others will not be.

Once a passenger boards a domestic flight, he usually does not have to go through security again even if he catches a connecting flight in another city. If airports administrators exercise their right to hire private security, people flying out of those airports will then be transferred to other airports, and passengers on a single plane may have been subject to vastly different security measures.

TSA security procedures are based on submitting ‘everyone’ to enhanced security checks, but in reality, only a small, random minority of travelers are subjected to these checks, which will be even less logical should some airports start utilizing non-TSA security services.

3. Real threats are detected by intelligence, not by screening

If you look at all the recent terrorist incidents, the bombs were detected because of human intelligence not because of screening … If even a fraction of what is spent on screening was invested in the intelligence services we would take a real step toward making air travel safer and more pleasant. 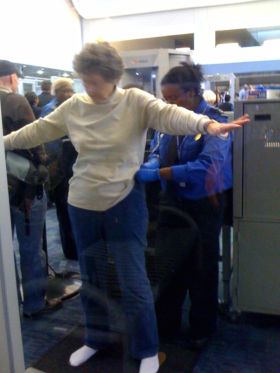 4. TSA procedures focus on finding objects, and they tend to be one step behind the terrorists

What TSA does is often based on a response to the previous threat. A bomb is found in someone’s shoes, and hence all passengers must now remove their shoes for screening. Liquid explosives are found, and so now we must all meticulously organize our 100 ml bottles of shampoo in zip-lock baggies. The ‘underwear bomber’ spurred on the latest phase of body scanners and genital area pat downs.

Bruce Schneier, long-time critic of the TSA, argues that “the whole system is designed to catch stupid terrorists” and goes on to describe how a smart terrorist could easily make his own knife in an airplane bathroom.

Discarding all liquids (supposedly because they could be explosive), and then keeping them stored in a trash bin right there where hundreds of people are wrapped around the line makes little, if any, logical sense. If the TSA really believes that some of these liquids could be explosive, wouldn’t it make more sense to move them out of that crowded area of people?

Personally, I felt more comfortable with the security procedures in Lahore, Pakistan, where you aren’t even allowed to drive up near the airport without showing your airline tickets. When you approach the airport parking lot, you’re confronted with huge cement barriers, guards armed with AK-47s and an automatic assault weapon aimed directly at your vehicle.

The guards question you, may ask you to show ID, and if they have any reason to be suspicious they’ll question you right there, far away from the airport and any crowds.

In addition, TSA security checks tend to be time consuming (particularly with the pat down option) and result in long lines at completely unsecured security checkpoints. If someone wanted to wreak havoc at an airport, all he would have to do is approach a security gate and detonate a bomb right there. It seems crazy that this “last line of defense” is so far inside the airport and is an area where passengers become bottlenecked.

The US should learn from the example of Israel, where getting passengers through different layers of security happens quickly and with much less hassle.

7. The new imaging machines do not detect all explosives

Former chief security officer of the Israel Airport Authority, Rafi Sela, has expressed doubt about the capabilities of these machines:

“I don’t know why everybody is running to buy these expensive and useless machines. I can overcome the body scanners with enough explosives to bring down a Boeing 747,” Rafi Sela told parliamentarians probing the state of aviation safety in Canada.

“That’s why we haven’t put them in our airport,” Sela said, referring to Tel Aviv’s Ben Gurion International Airport, which has some of the toughest security in the world.

8. Money spent on current TSA staff and procedures is a waste of resources and is making private companies rich off of fear-mongering

The TSA payroll includes over 67,000 employees and continues to grow. At the same time, although the TSA is a federal government organization, many privately-held, for-profit companies are making significant profits due to these security increases. Each full-body scanner costs up to $170,000, and the TSA expects to have at least 500 total machines in place by the end of 2010 – currently there are 385 in use.

This money would be much better spent on having a smaller, more highly trained staff and focusing more on intelligence gathering and less on screening. 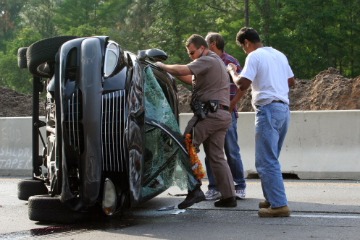 According to economics professor Steve Horowitz, “Driving is much more dangerous than flying, as you are far more likely to be killed in an automobile accident mile-for-mile than you are in an airplane,” said Horowitz. “The result will be that the new TSA procedures will kill more Americans on the highway,” provided Americans choose to avoid flying in light of the procedures.

This scenario could ultimately pan out, as according to the National Safety Council, the average American has a 1 in 85 chance of dying in a car accident during his or her entire lifetime, while the odds of dying in an air or space travel related accident are 1 in 5,862.

10. Passengers are more likely to contract cancer from full-body scanners than to be killed by a terrorist attack

While the government claims the effects of radiation from the body scanners’ technology is negligible, many prominent scientists and physicians have disagreed. A group of faculty from the University of California at San Francisco put together a report that ultimately states:

There has not been sufficient review of the intermediate and long-term effects of radiation exposure associated with airport scanners. There is good reason to believe that these scanners will increase the risk of cancer to children and other vulnerable populations.

Bruce Schneier even goes so far as to say that the machines could end up being statistically more dangerous than terrorists, as estimates are that out of every 1 billion passengers who go through the scanners 16 people may contract cancer; “Given that there will be 600 million airplane passengers per year, that makes the machines deadlier than the terrorists.”

11. Americans are more likely to die from heart disease, cancer or auto accidents than an airborne terrorist

Let us assume that each week one commercial aircraft were hijacked and crashed. What are the odds that a person who goes on one trip per month would be in that plane? There are currently about 18,000 commercial flights a day, and if that person’s trip has four flights associated with it, the odds against that person’s being on a crashed plane are about 135,000 to 1. If there were only one hijacked plane per month, the odds would be about 540,000 to 1.

With all of these factors taken into account, I have to agree with Bruce Schneier and Jeffrey Goldberg that what the TSA is doing is more of “security theater” than actual security.

Of the ‘underwear bomber,’ the man whom we can thank for enhanced pat downs (which notably can NOT be utilized by US military personnel to search Afghan women and children due to modesty concerns), Schneier writes:

Finally, we need to be indomitable…We’re reacting out of fear, wasting money on the story rather than securing ourselves against the threat. Abdulmutallab [the ‘underwear bomber’] succeeded in causing terror even though his attack failed.

If we refuse to be terrorized, if we refuse to implement security theater and remember that we can never completely eliminate the risk of terrorism, then the terrorists fail even if their attacks succeed.

Do you think the TSA’s procedures, full-body scanners and enhanced pat downs, make air travel any safer? Have you had any first-hand experiences that would testify one way or the other?