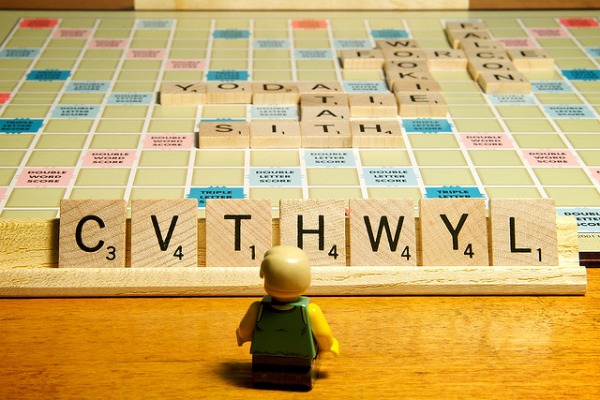 If only you could use these words in Scrabble. Photo: Jeremy Mates

With so much interest in our original 20 Awesomely Untranslatable Words article, we decided to round up 20 more.

When linguists refer to “untranslatable” words, the idea is not that a word cannot somehow be explained in another language, but that part of the essence of the word is lost as it crosses from one language to another. This often is due to different social and cultural contexts that have shaped how the word is used.

In the novel Shame, Salman Rushdie’s narrator suggests: “To unlock a society, look at its untranslatable words.”

Here are 20 words that don’t translate directly into English; what may these words tell us about the societies in which they come from?

Arabic – [in-shal-la] While it can be translated literally as “if Allah wills,” the meaning of this phrase differs depending on the speaker’s tone of voice. We don’t have an equivalent in English, and my husband and I have adopted it into our vocabulary.

It can be a genuine sentiment, such as when talking to an old friend and parting with “We’ll meet again, inshallah,” or it can be used as a way to tacitly imply you actually aren’t planning to do something. An example would be if someone proposes a meeting at 4 p.m., and you know you won’t be able to make it on time. You can say, “I’ll see you at 4, inshallah,” meaning that you’ll only make it on time if Allah wills it to happen. 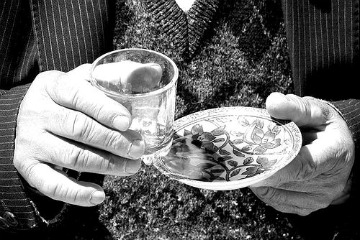 Urdu – [ta-ka-LOOF] Takallouf can be loosely translated as “formality,” and it often refers to the prodigious amount of preparation put into hosting a tea or dinner. However, it can also have a deeper, more culturally constructed meaning.

In Rushdie’s Shame, a husband finds out his wife has cheated on him and in response murders her lover. Although both husband and wife are aware of what has happened, neither of them talk of it because of the “law” of takallouf. The narrator explains:

Takallouf is a member of that opaque, word-wide sect of concepts which refuse to travel across linguistic frontiers: it refers to a form of tongue-typing formality, a social restraint so extreme as to make it impossible for the victim to express what he or she really means, a species of compulsory irony which insists, for the sake of good form, on being taken literally.When takallouf gets between a husband and wife, look out (104).

The pressure of takallouf can end up leaving many things unsaid, but to break this tradition could end up bringing shame on a family.

Hindi-Urdu – [CHAI-PA-ni] Although it literally means “tea and water,” one way to describe this compound word is as the money and favors given to someone, often a bureaucratic worker, to get things done.

In English, we would describe the action as “greasing someone’s palm,” but in Hindi-Urdu it doesn’t have as negative a connotation. If you don’t offer enough money or gifts in the first place, someone may actually tell you that you’ve given the pani, but you still need to give the chai.

Lingala – [ba-check] Although the closest English translation of this African noun would be “con artist,” bacheque has a richer meaning. C.J. Moore describes it like this:

This is the man about Kinshasa who will sell your a car (especially when yours has mysteriously disappeared the day before), organize a night out on town for you or a tour of the local sights. Wearing a loud shirt and the best designer watch, bacheque serve a vital brokering purpose when the formal economy has dramatically broken down. They change currency, establish market prices and give the capital its characteristic feel (78-79).

German – [DRACH-ern-FOOT-er] While this word literally means “dragon fodder,” it refers to a type of gift German husbands bestow on their wives “when they’ve stayed out late or they have otherwise engaged in some kind of inappropriate behavior” – gifts like chocolates or flowers or a nice bottle of perfume (Moore 27). 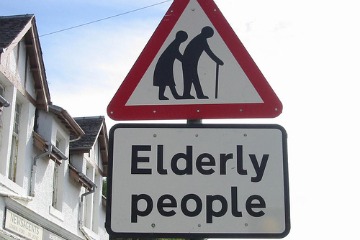 Polish – [dosch-VOCH] Many cultures share this concept, but Polish sums it up in a single word. “Parental contract with children guaranteeing lifelong support” (Rheingold 39).

Cantonese – [ga-GUNG] Literally meaning “bare branches,” this word is used to talk about men who have little chance to get married or start families due to China’s one-child policy and its results: an excess of marriageable males as compared to females (Moore 85).

A sample from The Joys of Yiddish:

Japanese – [kok-SYE-djin] This nouns has a literal translation as “an international person,” but according to C.J. Moore it refers only to:

Japanese citizens who are able to get along with foreigners. ‘Cosmopolitan’ is the closest English equivalent, but this word connotes someone who speaks foreign languages and knows a lot about foreign countries and cultures. A Japanese kokusaijin may be an ordinary person with a flexible and open personality (89).

Go to the next page for 10 more awesomely untranslatable words.

Next Page
What did you think of this article?
Meh
Good
Awesome
Bookmark
Posted In
Languages