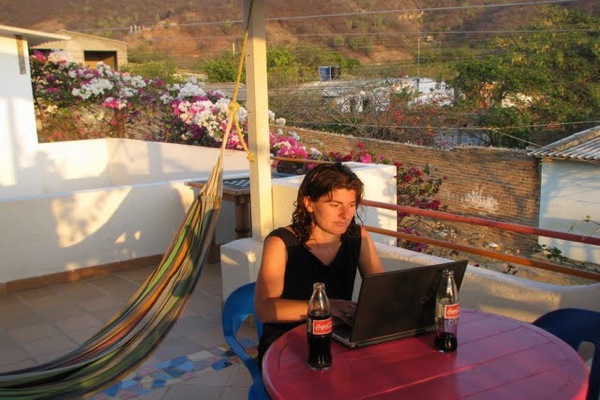 Thinking of building a web startup? Doing it on the road is not just feasible; it might be less stressful and more fun, too.

Nine months ago my partner Natalie and I quit our jobs and left Seattle to follow our dream of learning Spanish and living for a year in Latin America. We never imagined that our trip would lead us to start our own company.

First, a quick and shameless plug so that you’ll know what we’re about.

Lenguajero is a homegrown startup that connects Spanish and English speakers for online language and culture exchange. In addition, we provide useful resources to learners of those two languages so that they can improve their ability to speak their new language.

Now, onto the fun stuff.

The following are the five steps we took to build a startup while traveling around Latin America.

That sounds pretty cliche, but we quit our jobs last year because we realized that we had come to one of those now or never moments. We had talked for years about living in Latin America and learning Spanish. We also talked about grad school, careers, and a family: all things that would make it infinitely more difficult to travel. Now was our chance and we were going to take it. 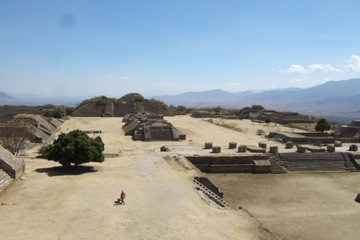 From our previous solo experiences we knew that following the backpackers circuit through Central and South America was not a good way to learn Spanish. (Last time I had tried that I’d ended up in a Nicaraguan jail facing a drug charge, and didn’t even know enough Spanish to bribe my way out of it.)

Instead, we decided that we would pick three or four Spanish speaking countries to live in, and would spend the year living out of apartments as opposed to hostels. This would allow us to make real friends and form real bonds within the communities we were visiting.

2. Spend a couple of months without internet

I’m starting to sound like a heretic I know, but seriously it’s possible. The trick to doing this is going somewhere where they don’t have internet.

Doesn’t exist, you say? Actually, there is a Spanish speaking country here in the western hemisphere – whose name I, as an American, am not going to mention here – that comes pretty close to being devoid of internet. 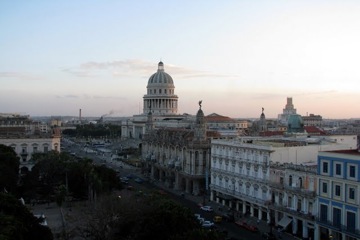 Yes, you will go through withdrawals. Yes it will hurt, but after a couple of weeks you will begin to forget how important it used to seem to update your Facebook status every 10 minutes, and you might just experience a different state of reality.

You’ll make friends, speak Spanish, get drunk, make an ass of yourself dancing salsa, and get laid. None of which will be broadcast on YouTube and then spread across the world via Twitter.

Of course going two months without internet means that when you do return to the land of high speed you will sit in your hotel room for 48 straight hours drinking coffee and binging on free wifi. For us this binging took place in a country which is better known for producing a different binge-able substance, Colombia.

3. Get bored and have an idea

It wasn’t so much that we were bored with Latin America, but after three months of studying Spanish for a few hours a day, drinking rum, and lying around the beach we were ready for a bit of a challenge.

We settled in Medellin, a city we instantly fell in love with. In our first month of being there we noticed a transformation was definitely taking place. While we were certainly still far from fluency we were really starting to speak Spanish well, and more importantly, comfortably.

It was around this time that the idea for a startup just sort of materialized in front of us. Natalie pointed out that despite the thousands of language learning websites out there, none of them were focusing specifically on connecting Spanish and English learners with one another for conversation exchanges.

Given how much making Spanish speaking friends, and spending time everyday speaking with native speakers, had helped in our own learning process we thought that there was real potential for this type of site.

We had our laptops with us so we decided we’d continue studying Spanish in the mornings, start building the site in the afternoons, and just see what happened.

4. Bring a code monkey (they prefer to be called developers) with you

Fortunately, Natalie, or mi mono de codigo as I call her, just so happens to fit the bill. With a degree in Computer Science and almost five years of experience working at Amazon.com she is about as skilled as they come. And, while I am about as useful as a second asshole when it comes to coding, I had spent the last 8 months before our trip working as a project manager for a software development firm, and had learned a lot from that experience.

While Natalie got to work tackling the technical challenges we faced I did what all good project managers do. I sat around drinking beer and transforming myself into a complete jackass.

5. Take advantage of living in the future 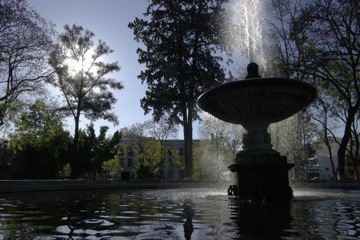 In the age of the all encompassing “Cloud” you no longer need things like your own servers, or an office full of people to get shit done. Instead we looked to the web for solutions to all of the challenges we faced.

One word – outsourcing. Websites like eLance and 99designs connected us with designers and programmers from around the world, and allowed us to outsource the work that we couldn’t do ourselves. At one point in time I was coordinating profile page design with a guy in Taiwan while Natalie was messaging with a team in Romania that was doing the HTML & CSS for our homepage. All this was done while sipping coffee in the comforts of our apartment in Colombia.

Whether our startup will be successful remains to be seen. What is certain is that living in Latin America while working on this site has provided us a freedom not afforded most startups. Instead of holing ourselves up for 16 hours a day 7 days a week trying to get something done quickly before our funding runs out, we have been able to take a more relaxed approach.

The lower cost of living, the tranquil atmosphere, and the abundance of good beer, better food, great beaches and great people have made “working” in Colombia and Mexico about as fun a job as we could have asked for.

Thinking of studying Spanish? Check out 10 Spanish schools for waves, wilderness and buena onda. Addicted to language learning? Read the true confessions of a language-aholic.