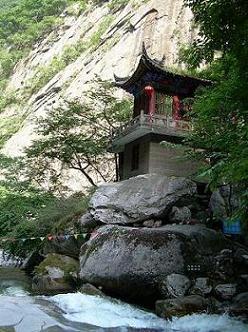 I RETIRED TO A Montana cabin in 2004, wondering if I’d find contentment blogging from my deck between travels. China topped my to-tour list.

After months of questioning and waiting, I found myself in a city of six million, a few hours from the Terra Cotta Warriors, facing university sophomores.

Adjustment wasn’t always easy. I could have benefited from employment guides like Teach Abroad China.

Hindsight allows me to share these tips with you:

I fretted about mastering the language, but learned the words for thank you, hello, and bye. I couldn’t master tones and visual characters. Free Chinese lessons, offered with every contract, never materialized. I recorded pinyin (phonetic spelling) on a handy cheat sheet.

My fears about not speaking Chinese dissolved; anyone with a college degree was a “foreign language expert.” I moved from adjustment to acceptance, often feeling strange.

Language wasn’t my only worry upon arriving. 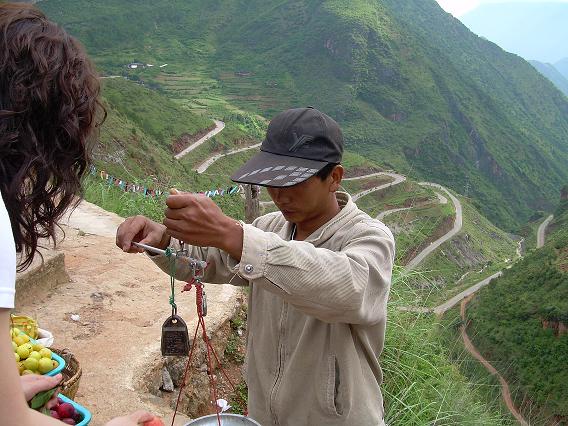 I learned to accept that set expectations would change.

I learned to look both ways and cross streets. I began taking aimless weekends, and biked on cobblestones around city walls.

I found out about my vacation time the day it began; however, serendipitously, travel tickets usually went on sale a day before departures.

I accepted a last-minute weekend invitation to a mountain village, with four generations in one concrete room. My gifts (pens, postcards, stamps, stickers) were left quietly, Chinese-style, on a table. Delighted kids discovered them.

Why did the family disappear one at a time all day? The mystery was resolved at bedtime. They walked me to my hotel room, where each one had taken a luxurious shower! 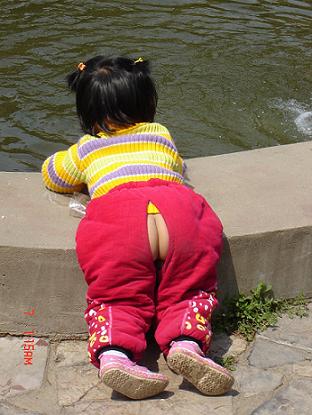 Foreigners had their own street, coffee, pizza,and English newspapers. I lapsed into speaking English, taking cabs, and eating Western food.

My students, annoyingly, arrived halfway through class. At break, they apologized for missing English for a “boring Party meeting, but it is necessary.”

I learned patience and dropped movie-based notions about political fervor.

I’d expected different standards of cleanliness, noise, quality, and promptness, but not the extremes I found.

The Chinese, meticulous about clothing, seldom noticed dirt elsewhere. They shouted into cellphones, bought another when something broke, and showed up hours early/late for appointments.

Understanding this lessened my judgments.

Watching my Chinese neighbors, I learned how attitudes were cultural two-sided coins.

Stepping over the ubiquitous trash, I realized that litter provided street sweepers with daily jobs. I set aside recyclables for rubbish collectors to sell. Tired of photographing bare-bottomed babies in split pants, I researched potty training. Toddlers left to play naturally took care of business by watering a bush, requiring no help. 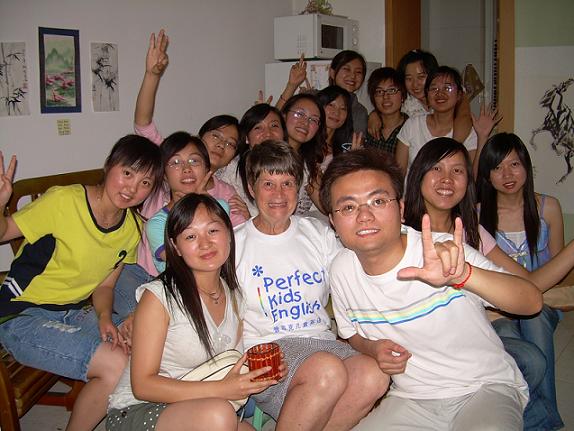 Occasionally, I retreated to my apartment to enjoy music, books traded among English readers, and my Western link. Mostly, I ate hot pot, learned mah jong, visited temples, and answered the same questions repeatedly at English Corners: “Where you from? You like China? The food?”

In 2008, I deepened a lifelong interest in children, trading college phrases for kindergarten enthusiasm.

I moved to Hainan Island’s “End of the Earth,” South China Sea. Chinese teachers biked with me to Sanya Beach, cooked vegetables from our school garden, and learned American songs and games.

In spite of wearing a moneybelt and my backpack in front on crowded buses, I was robbed in paradise. A bag was grabbed from my bike basket while I snapped pictures nearby. I found that some Chinese, while honest to the point of returning tips, simply helped themselves to anything left unattended.

Each stint in China imprinted rich memories: sunrises on mountaintops, open exchange among lasting friendships, the sparkling taste of hotpot. Well past China’s employable age, I was asked back to each job.

Interested in visiting the Middle Kingdom? Check out Matador’s 8 Places to Experience Unspoiled China. And if you think teaching English could be for you, take a browse through our Teaching Abroad archive.

All photos courtesy of author.