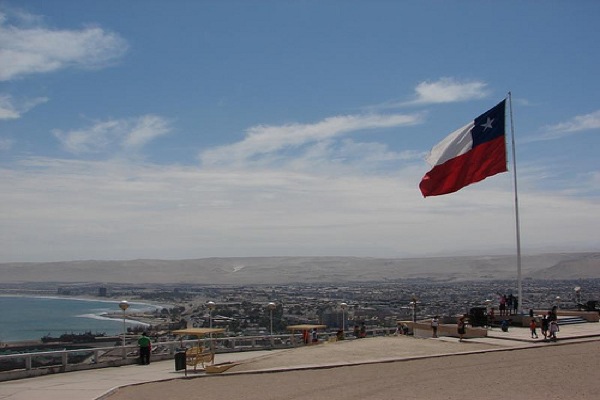 “Peanuts, almonds, trail mix?” The woman muttering this louder and louder behind me is disturbing me. After an overnight flight from JFK (“home”) to Santiago’s SCL (home base), I’m on autopilot.

I walk down a hallway with timeless, placeless airport carpet, ride the escalator down past the reciprocity counter, zip through international police, put blinders on in the duty free shop we have to walk through, pick up a cart and my luggage, and hear it again – “peanuts, almonds trail mix.” What does this woman want, anyway? 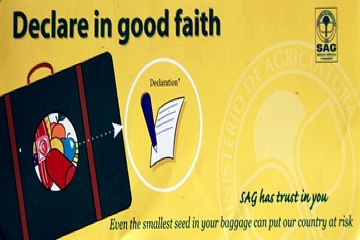 “Do you have any food products?”

” And have you declared them?”

“Yes,” I repeat. Satisfied, she motions me past the apple-shaped garbage cans and the tables strewn with printed warnings from SAG (Servicio Agricola y Ganadero) admonishing visitors to declare plant and animal products. Getting nabbed with prohibited items (which can include handicrafts) can lead to fines starting at 100,000 CLP (around $200). Some pricey trail mix.

Chile is a skinny string bean of a country separated from the rest of the hemisphere by the world’s driest desert to the north, the second-highest mountain chain to the east and a giant expanse of coastline to the south and west. It is also an agricultural powerhouse.

Many of its top exports are agricultural products, such as wine and table grapes that grow in a series of valleys that stretch some 1,150 kilometers from Coquimbo in the north to Temuco in the south. It is absolutely justifiable that Chile wants to protect its natural resources and native flora and fauna.

But for the traveler, this defensive stance can turn crossing the border into a surprising game of examine-the-edibles (and inedibles), and wouldn’t-you-like-to-pay-a-fine? 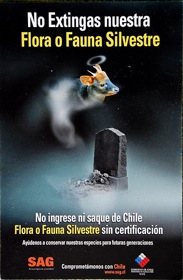 ”
The first time I had someone ask me about the contents of my bag, I was returning to Chile from Mendoza (Argentina), and the conversation went like this:

SAG official: You have chocolate.

SAG official: Yes, you have chocolate.

SAG official: Did you go to Bariloche (Argentina)?

Bariloche is famous for its chocolate. I was bringing some back for some friends and had forgotten it was in my bag. Chocolate is permissible, but it has a forbidden, cheese-like appearance on the x-ray machine, so for giggles I got to unzip my bags and unfurl my dirty clothing to display the box of chocolates, with apologies to my friends who now know they ate “laundry chocolate.”

Cheese is not okay. Neither is yogurt, any cultured milk product, anything that is or could be construed as a seed or legume (including, sadly, a bag of raw pecans I’d once tried to import). Nuts must be dried, salted, preserved and hopefully packaged well.

Meat which is raw, smoked, or made into a sausage is impermissible. Honey is forbidden and so, I guess, was the brown bread I saw a German woman grudgingly part with one day. Maybe it had seeds in it, or maybe it was garlic.

Because heavens to mergatroid, if you accidentally import garlic there will be an international garlic smuggling scandal. I should know, because I am the offending party. 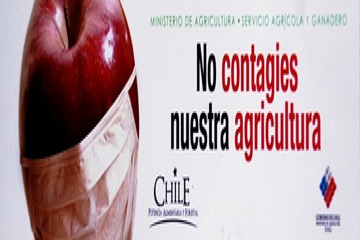 ”
It was not that long ago. I had been doing some hiking down in Tierra del Fuego, where the Chile-Argentina border zigzags in accordance with a treaty Pope John Paul II helped to broker. Border crossings were old hat, and I’d long ago learned to consume the fresh food and pack only the dry when crossing back into Chile (Argentina seems not to defend its borders quite so assiduously).

So when the government official asked me, “What’s in the bag?” I proudly responded, “food,” thinking of the cocoa and powdered milk, sugar and mate.

He asked me to unzip the food bag and I did, after which he plunged his hand to the bottom and proudly retrieved a single clove of garlic like a magician pulling a rabbit out of a hat.

The trouble was that without the “peanuts, almonds, trail mix” reminder I had not declared food products and had therefore committed SAG perjury, quite by accident (and I would like to report in my defense that the garlic had been purchased in Chile not a week earlier).

The result of this was a lecture, having to sign off on a carbonless copy form (in triplicate) admitting to my status as an illegal carrier of vegetable products, filling out a new customs declaration form, and getting to smile sheepishly at a bus full of travelers whose transit from point A to point B I had made significantly more time-consuming.

And now I am registered the length of the nation for my classification error (it turns out garlic is a freshie, not dry food). And though I was not fined, you, dear traveler, may not be so lucky.

So my experienced words of caution to travelers entering Chile: declare anything and everything that might have at one point been alive. Save yourself the cash, the annoyance, the embarrassment. And take a spiffy bookmark as a souvenir. SAG wants you to.

What did you think of this article?
Meh
Good
Awesome
Bookmark
Posted In
Travel
Destinations
Chile