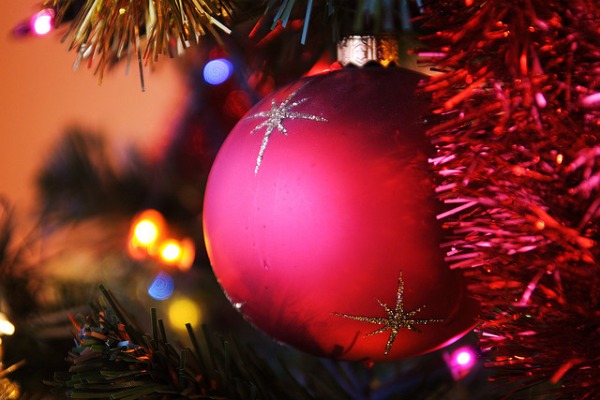 The wine glass tumbled to the floor, shattering north, south, east and west. The crash heralded instant silence, the laughter and wine-smoothed conversation grinding to a halt. A few awkward moments followed, in the wake of the accident.

The person nearest to the accident site rushed for a broom, while the conversation and laughter picked up again, the scars of the incident quickly smoothed and forgotten.

“That’s how you know you’ve got a good party, mate. Broken glass,” my friend commented as he carried the shards to the kitchen to be laid to rest next to our growing collection of empty bottles and dirty plates.

It was a good party. A room of full stomachs, full wine glasses, full conversations and full friendships makes for a positive night, anytime and anywhere.

But this event was more than a party for me. The weekend straddling November and December had become my Thanksgiving, my Christmas and my birthday celebration (which just happens to hover in between the two), all rolled into one.

The period between the end of November and the end of December is always the most challenging for me, living as an American expat in Poland, as those occasions for celebration converge to remind me that I’m away from home. In Poland, Thanksgiving is just another Thursday in November. And for now traveling home for Christmas is a financial non-possibility, as I anticipate and hope for the day that budget airlines begin to make their way across the Atlantic. 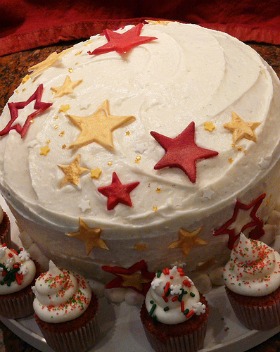 But home is not something that I always define as place. Rather, it is the people who fill a place and breathe warmth and meaning into it. This attitude translates into the freedom to create ‘home’ wherever I am. People transform into friends as potentially lonely holidays transform into shared experiences.

So I decided to cook a pseudo-Thanksgiving dinner, which also served as a birthday dinner and an early Christmas dinner, and hosted it right smack in the middle of all of them. I created my own holiday.

It required a bit of flexibility, though. Solidifying a date required patient maneuvering, as transient fellow expats and colleagues made arrangements to scatter in all directions for the upcoming winter break. The first lesson I learned about my own holiday is that it couldn’t possibly share a date with any of the three holidays it was meant to represent.

My grocery list also needed modification, as the prospects for finding a full turkey dwindled with each store I visited.

“So have you gone all-out with a full holiday spread?” my first guest to arrive asked, walking through the door laden with dishes to share. “Turkey and stuffing and gravy and sweet potatoes?”

“Well, I suppose it’s going to be a modified dinner,” I admitted, smiling. “It’s so hard to find a turkey here, you know? Chicken is good substitute.”

Right. But I’d taken it even a step further. Tempted into the kitchen by the aroma of nearly-ready food, my Polish colleague peered into the oven, a bemused look on her face. “So, here comes the traditional Thanksgiving chicken casserole, eh?”

“Shh, it’s ‘turkey’,” I joked. Laughter. “Plus today is, technically, a few days after the holiday. The post-holiday tradition in America is to combine all the leftovers into a huge casserole pan and bake it. So really, I’m a few steps ahead of the game.”

That’s the great thing about traditions: they’re flexible. They may seem like timeless and unchanging habits, patterns breakable only at the expense of the world falling apart; that’s how society portrays them, anyway. Constant advertisements say, for example, that you must buy this brand of stuffing on Thanksgiving. The assumption is, of course you will have turkey on Thanksgiving, and of course you will need stuffing. Shopping malls count down the days until December 25, because of course Christmas is on December 25; that’s when the holiday is celebrated.

Home is not something that I always define as place.

But in my experience, I’ve learned that traditions are created, and traditions are flexible. The Christmas traditions that gave structure to my childhood were actually a mix of Polish and American concoctions that morphed and changed a bit every year. A blend of patterns from my Polish great-grandparents (Christmas Eve pierogis and midnight church services) infused with a heavy dose of American patterns (shopping malls outlined with garland and suburban homes outlined with strings of lights) that continually mutated as family moved and changed, grew bigger and grew smaller.

And I’m pretty sure that many holiday traditions, defined as “truth” from my childhood perspective, were confined only within my own family. I have yet to meet someone, other than my mother, who incorporates a recipe of pretzel Jell-o into holiday dinners.

“Unfortunately,” I announced to my guests, seated comfortably around the table as I began to carry the steaming dishes from the kitchen, “My mom’s special holiday recipe, pretzel Jell-o, failed this year. I couldn’t find the right kind of cream filling.”

The disappointment was contained only to me, though, as everyone’s plates filled. There probably wouldn’t have been room on the table anyway. 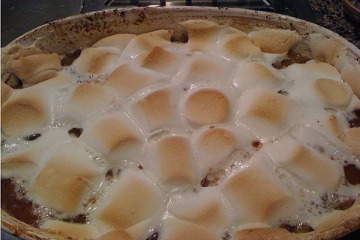 “What are these?” inquired my friend’s grandmother, peering into the dish of sweet potatoes. Sweet potatoes are rarely eaten in Poland, are very difficult to find, and are probably a bit off-putting with their bright orange color contrasting a food culture grounded in muted root vegetables.

But the older woman had already heard of this American holiday tradition. “Słodki ziemniaki!” she exclaimed in Polish. She was very excited to try a new food.

I tried to apologize for the modifications I’d made to that recipe too, the lack of marshmallows that usually accompany the dish.

But those seated around the table didn’t seem to mind. We passed the dishes left to right, from the hands of my American friend, to the hands of English and Australian friends, to the hands of French and Polish and Russian friends. It wasn’t really the food itself that mattered. We were all sitting around a table, passing food family-style, as laughter and conversation mingled. Some traditions don’t need modifying.

Tagged
Expat Life Poland
What did you think of this story?
Meh
Good
Awesome

How to piss off someone from Poland

11 memories you have when you grow up in Poland

13 things everyone from Poland has to explain to foreigners

11 American habits I lost when I moved to Poland

The world’s deepest pool will soon open in Poland, and it’s freakish