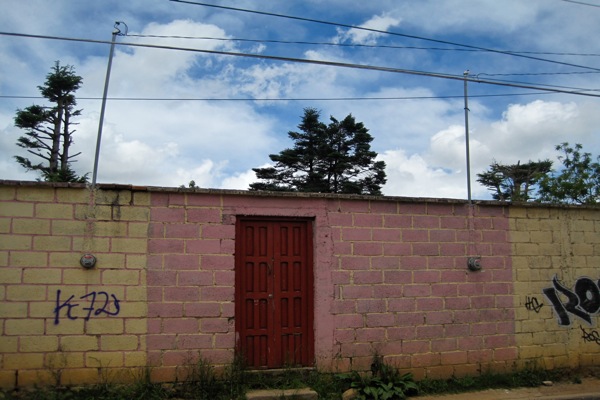 “What do you mean, not tourists?” asked my friend Mauricio on our recent trip to Chiapas. “You mean these people (travelers) really make this distinction?”

Mauricio’s an anthropologist, and a traveler, but one who hasn’t made traveling into the ethic, philosophy and career it often is nowadays. He may be averse to staying in a $100/night fresa hotel and heading out on a mass tour to Agua Azul, but he wouldn’t necessarily envision these choices as the scorn of tourism and the elevation of the traveler’s quest to proportions of mystical suffering. They’re just part of getting to know a place.

Mauricio, and other friends who also travel but wouldn’t swear allegiance to “traveling,” a community and worldview in and of itself, were bewildered by my very brief overview of the anthropology of travel. Over caguamas, after a 9-hour trek out of the Oaxacan valley up into dust-coated yellow-green hills and then down into the massive blow dryer on extra hot that is the Oaxacan isthmus, pants rolled up to the knee and tongues a-flappin, and up and up again into a San Cristóbal rainstorm and then around town on an epic search for keys to a friend’s temporarily vacant house I, slightly tipsy, etched out a brief syllabus for Travel Anthropology 101. 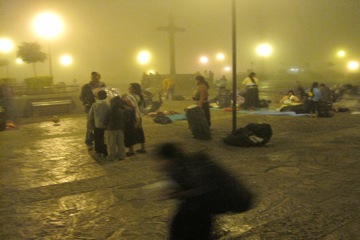 There are travelers vs. tourists, and the tenants of belief that the former have developed to distinguish themselves from the latter. There are the convictions about travel’s place in the changing globalized world and its potential to change this world; there’s the hierarchy of belonging to a place and the accepted degrees of superiority and condescension involved (getting increasingly “local” you’re freer to pity the backpacked baggy-eyed dopes looking for the hostel after the night bus); and there’s the almighty authenticity, so often questioned, so often invoked, so often emulated and sought and idolized; the ambiguous, whimsical God of the modern traveler.

Yes, all of this is part of Travel Anthropology 101. The travel community has as obsessive a set of codes and customs and practices as any meticulously studied clan or tribe.

So this was the ongoing joke – “are we authentic enough? Is this local enough?”

And meanwhile, the trip played itself out, and as it did, I began to realize that formulas, for as much as they may hint at potentially more informative or enriching ways to travel (reluctant as I am to play into the “we’re not tourists” fantasy I’ll admit that my experiences winding up in places far from highlighted “destinations” have often been the most rewarding) are ultimately attempts for travelers to impose their own hierarchy of values onto the places they visit. They are more about demonstrating to other travelers who you are and what you care about then they are about actually experiencing a particular place. 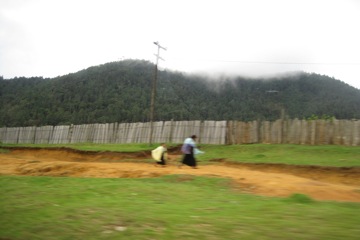 You can believe as passionately as you want in the necessity of hitchhiking in the back of a local truck to the local Zapatista community and eating the local food and having passionate discussions in Spanish with the local people, and you can meticulously avoid anything that smacks of a tourist trap or or a Lonely Planetized “must do”, and you may win a few more random and unexpected glimpses into the way a place works, into what life there is and has been like.

But ultimately, formulas matter far less than the awareness that in traveling everything matters. You don’t have to adhere to a coded series of behaviors to learn from it. This trip was like walking a path without any passionate ethic or plan and stumbling across revelations in the haphazard way one encounters a wildflower, a stream, a clearing. A conversation with a taxi driver. An interaction between an orange juice vendor and a police officer in the street. A morning run on the Cerro de San Cristobal. A beer at the Revolution bar. A futbol game at the Tequila Zoo. A beer with an anthropologist friend studying religion in Chiapas. Niñas selling stuffed giraffes in the streets. The people swelling on the pedestrian avenues at night, the portrait on the wall of the Casa del Pan, the way the one and only sketchy cantina was tucked in a gravel parking lot on the outskirts of the city. All of these things reveal, begin calling up the feeling and history and identity of a place the way a low flute calls up ghosts. 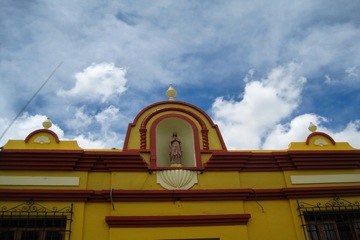 So it’s not the formulas. It’s the mere act of being present and aware. I’m not making a judgment call here about travelers vs. tourists and the inherent integrity and worth of the one vs. the other, or even the purpose or meaninglessness of the debate. My point is apart from that – it’s that travel is never going to fit your formula, and that’s what makes it so freaking addictive. That’s why you keep going back again and again, because you will regain your sense of smell, and throw off your rhythms and attitudes and perceptions, and come back all jostled and shaken and ready to fizzle over, like that bottle of beer carried on a long bumpy walk to the fiesta.

Nope, no formulas, no codes. Just the day in and day out, and the barely perceptible progress of getting to know something; the way the air feels when you step outside for the first time, the color of the sky at 6 p.m., the expressions on people’s faces when they pass one another in the street, the weight of history as it creeps through doorways and cracks in the streets and becomes a palpable presence – these are things you are lucky to get to know, and your formula withers away, irrelevant.