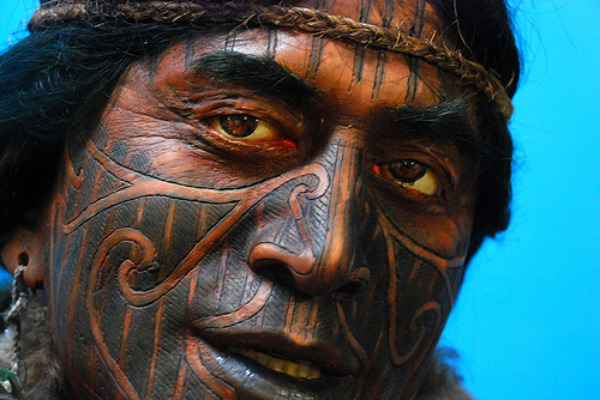 A deep, reverberating “Hiiii” is released from the collective lungs of the All Blacks, New Zealand’s national rugby team.

THE HAKA DANCE IS more than a show of nationalism or team support; it’s a call to respect and a show of reverence for past and present players, the opposing team, the supporters, the game and New Zealand. It seems to say, “We are strong competitors. Don’t be fooled. But, we recognize you as worthy opponents.”

This is not the first time I’ve seen a haka, but watching them before on TV, I never got a sense of the power this tradition has. For many New Zealanders, it is an emotional moment that rivals that of the national anthem. When the All Blacks finish, my husband and I instinctively pull up our sleeves to reveal the goosebumps covering our forearms.

Maori people were the first to settle in New Zealand giving it the name Aotearoa, the Land of the Long White Cloud. They brought a rich culture that is still ingrained within everyday life in New Zealand. The tradition of singing, dancing and chanting is very strong, and one of the most widely recognized examples of this is the haka. A haka is a series of movements performed along with a chant. 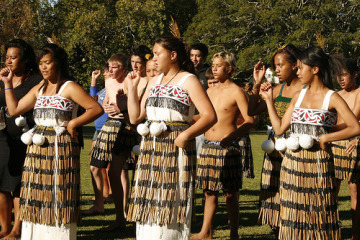 There is a lot of misinformation surrounding the haka. What I’ve most often heard from backpackers and other visitors to New Zealand is that a haka is a Maori war cry, when there are actually many different kinds of haka including some that are exclusively for women or children. Certain schools have their own haka, and so does the New Zealand Army. The dances may be performed for visiting dignitaries or to honor local heroes, but they are used to celebrate great occasions or achievements within a group.

Maori friends have taught me that although some haka may be used as a peruperu, war dance, it can be more generally understood as a “challenge” dance. A challenge is offered to others not so much as a means of proving who is better, but as a way to honor worthy opponents. This challenge is expressed in other situations besides sport, such as when visiting a traditional Maori meeting house. By offering up a challenge to the visitors, the hosts are saying, “We believe you are equal to us in honor and power.”

Kapa haka groups, which are somewhat akin to choirs, exist in schools, universities, Maori meeting houses, and other community groups. You don’t have to be Maori to participate; everyone is welcome as long as the culture is respected. There are competitions and cultural shows around the country, especially in the North Island, where you can see kapa haka performances.

Although the haka is an intrinsic part of the culture of the Tangata Whenua or New Zealand Maori, New Zealand is not the only Pacific nation to have haka. They are also performed in Tonga, Samoa, and Papua New Guinea and other Pacific islands.

Tagged
Travel New Zealand
What did you think of this story?
Meh
Good
Awesome