View all travel news
Top Countries
Top CitiesView All Destinations
Trending Regions
Trending Cities
Load More
Just back from a grueling yet memorable 3,000 km rickshaw run that took Candace Rardon all over India, she shares some tips below on what not to do if preparing to tackle the challenge yourself.

Planning to drive a three-wheeled auto-rickshaw from Shillong, India, to Jaisalmer? Here’s 12 tips on what not to do.

1. Fail to consider taking motorcycle lessons before leaving for India.

When you read on other teams’ blogs that they’ve not only done so, but also secured a motorcycle license, assure yourself it’s just over-preparation. The fact that you’ve never driven a stick shift also doesn’t concern you. Previous rickshaw runners suggest learning how a two-stroke motor operates, but pay more attention to what books about India you’ll bring with you (Shantaram, anyone?).

2. Arrive in Shillong with an expired driver’s license and no international driving permit.

You’ve been advised that a few palms might have to be lined to overlook this fact so remember to take out extra rupees at the currency exchange counter. Visions of exorbitant fines and long nights in an Indian prison start to haunt your dreams…but maybe it’s just the malaria pills talking.

3. Spend more time “pimping” your rickshaw than actually test-driving it.

Looking good on the road is important so use those precious hours before the run begins to touch up your ride’s paint job. Hang out with the painters in the garage, inhaling unhealthy amounts of exhaust and paint fumes until your teammate walks in and forces you to go practice. 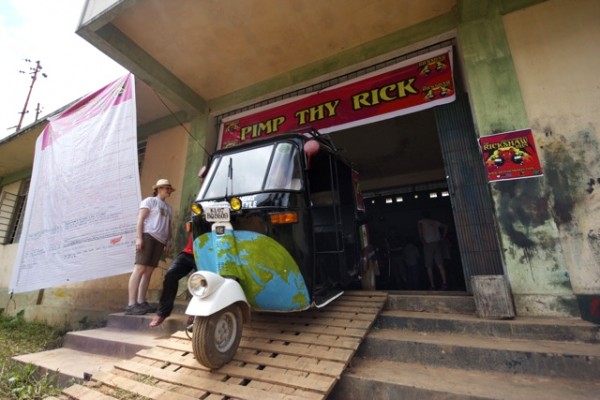 4. Forget to stock up on obscure items like spare petrol.

When teams show up on the morning of the launch bearing ten-liter jerrycans of back-up fuel, ignore the surge of panic inside you. That way, your engine can sputter to a stop just as you pull into the parking lot and you’re forced to push your rickshaw past 71 other cheering teams. Don’t worry–they’re all fighting over who gets to convoy with you.

5. Laugh when you realise both your windshield wiper and brake lights don’t work.

That monsoon pouring down on your way out of Shillong definitely won’t make it impossible to see out the front. Calling the phrase “trial by fire” to mind, blindly charge through gutters that have swelled into miniature rivers from the rain. Was that a lake or a pothole you just forded?

6. Don’t book any accommodation in advance.

Life is more exciting lived on the edge so when you get to Guwahati that night, drive around in the dark for an hour asking after a guesthouse. When the only available accommodation in the area is a university dormitory, convince the manager that you are doing research for a “Very Important Project” until he relents and gives you a room.

7. Lose your map on the fourth day of the run.

Yes, it was waterproof and fireproof and cost you your weekly food budget to buy, but get creative and manage without one. Begin to sound like a kid on a roadtrip–“Are we there yet? Are we there yet?”–by asking the other teams in your convoy about the route each day.

8. Go off-roading in an 18-mile traffic jam outside Patna.

The fact that your vehicle has only three wheels and the engine of a backyard lawnmower does not mean you can’t handle a little rough riding. To get around all those trucks and lorries, steer onto the muddy banks of the shoulder and speed off when you scrape into another car. Twice. 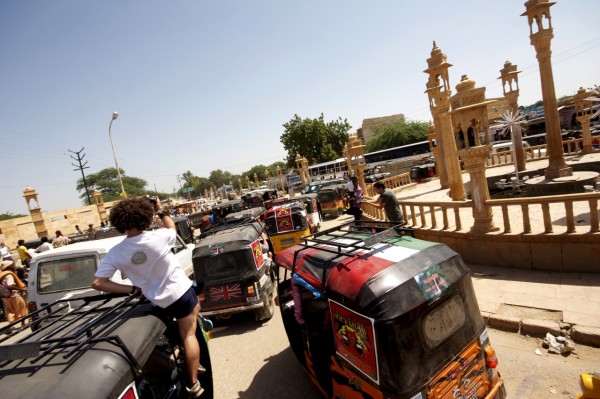 9. Blaze past armed policemen who flag you down at a checkpoint.

Those guns hanging from their shoulders are only for show anyway. As you give them a smile and a wave, recall you were told to “always keep driving, no matter what”…and do it.

10. Drive into Varanasi in the rain…in the dark…

Nevermind that your two back passengers will have to lean out either side of the rickshaw to alert you to oncoming traffic, pedestrians and cows, this is what you were made for. Lean into the handlebars, daredevil-style. When the rickshaw almost tips to its side on a flooded street, yell “Shift!” and swing all your body weight to the right.

Pulling into a city when the maximum number of vehicles are on the road always makes for a more memorable arrival. Also ensure one of the teams in your convoy suddenly breaks down, so you can become a hazard along the side of the street while camels, rickshaws, trucks and taxis barrel past you.

12. Hand over the keys to your rickshaw in Jaisalmer 11 days and 2,941 kilometers later, faced with the bitter truth that travelling will never, ever be this fun again.

…unless you sign up for next year’s South-East Asian Rickshaw Run. 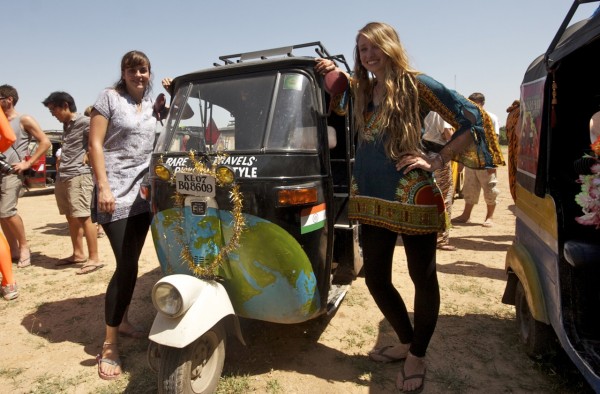 Tagged
Travel Trip Planning India
What did you think of this story?
Meh
Good
Awesome

I’m a Professional Road Tripper. Here’s What I Never Leave Home Without.
Hilton’s Vallarta Riviera Will Change Your Mind About Booking All-Inclusives
These Stunning Cabins Are the Ultimate Zion National Park Basecamp
Touring Hawaii by Train Is an Unexpected and Fun Way To See the Rainbow State
The Optimal Itinerary for a US National Park Road Trip, Mapped