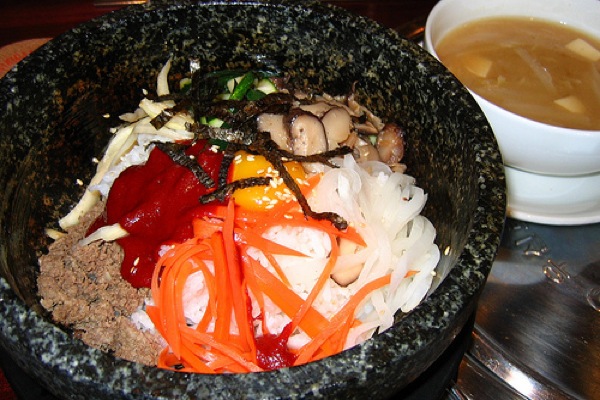 How to be veggie in a meat-loving land.

Coming to Korea as a vegetarian is a little like going to Nashville if you hate country music. There’s not a lot that’s going to interest you. More omnivorous folk will enjoy Korean barbecue (galbi) and an astounding array of seafood. But vegetarians (in particular vegans) will have a much harder time of it.

For those who can compromise a bit (by, say, picking the pork out of their rice ball) Korea won’t be so daunting. But if you’re more committed to your salad diet, it’s not going to be easy. There are three main problems for vegetarians in South Korea. 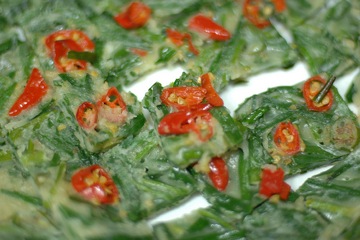 There is no word in Korean for vegetarian and the concept is often quite foreign to Koreans. Even my employer, who lived abroad for years and knows what a vegetarian is, will cheerfully offer me fish, chicken, spam, or tuna and is always quite surprised and sad when I turn it down.

Restaurants rarely make provisions for vegetarians, and special orders are not accepted. This is different in foreign friendly and ethnic restaurants, but the vast majority of restaurants here feature the same menu, the same interior, and seemingly the same adjumma (married woman) waiting at the door.

The Sheer Prevalence of Meat.

Every meal here, nearly, features some part of an animal. (Often a part of an animal that is quite surprising to Westerners). Even Kimchi, fermented cabbage, is so frequently made with shrimp or fish sauce that it’s off-limits. Soups and broths will have everything from chicken stock to floating fish heads. 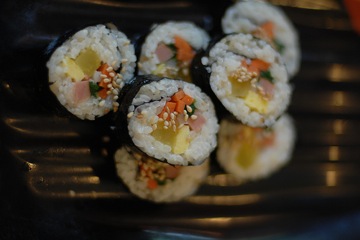 You can apparently find vegetarian kimbap, (sushi) but it’s not easy (I haven’t actually found it in 10 months). Even rice isn’t quite so safe–it too is often enhanced with small shrimp. The one true veggie-friendly dish is bibimbap, a mixture of rice, vegetables, and chili sauce. Vegans though will have to ditch the egg and sometimes it has ground beef.

The language barrier is, if not insurmountable, a real challenge. Koreans are not as used to hearing broken Korean, and communication can be haphazard at best. Harder still is the Korean custom that you eat what is given to you. There is no such thing as “hold the onions” or “can I get tofu instead of cheese?”

This is by and large not culturally permissible here, most particularly in Korean restaurants. 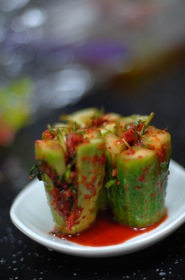 Those three challenges are foreboding, to be sure. But there are also three corresponding things you can do to surmount these obstacles.

Cooking for yourself is fun, and the pluses are obvious. It’s cheaper, you get exactly what you want, and you know what you’re eating. Find an E-Mart or Homeplus and you can stock up on staples like rice, pasta, produce, marinara, chips, salsa, peanut butter and jelly, soy milk, and baked beans.

A problem with this is that you can’t read the ingredients on anything, and so things like instant noodles or really any pre-packaged food are out. Something else to keep in mind is that there is a high probability that you will not have an oven, so be prepared to take a year off from baking. 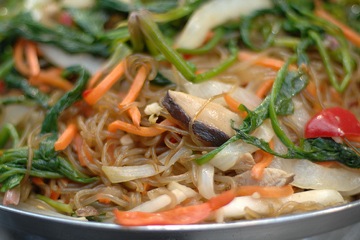 Also, make sure you check the expiration date–they will sell things a year or two past here. Nonetheless, it’s quite easy, affordable, and pleasant here to cook up some pasta or stir fries.

Ever so slowly, the numbers of veggie friendly places are increasing. You can get really good soy cream at a scattering of Soy Delicious outlets throughout Seoul. The artsy district of Insadong has vegetarian restaurants, though I find them to be expensive and not all that nice.

Also in Seoul, there’s a vegan bakery in Mok-dong and a vegan restaurant in Sinchon that sells everything from veggie burgers to mandu (Korean Dumplings). The restaurant also sells mock-meats, vegan bread, vegan ramen, and other goods that you can take home. Itaewon, famous for its rowdy nightlife, has half a dozen Indian buffets and a foreign food market where you can find lentils, chickpeas, oatmeal, and extremely frostbitten tempeh.

To be honest, you will probably be hungry a lot. If not either at home or one of the foreigner friendly zones, finding something you know is vegetarian is often not possible. You can usually find fruit for sale on roadside trucks, and occasionally 7-11 will sell yubu (Korea’s answer to inari) but often you may end up with a best-case scenario of snickers or potato chips.

If you can plan ahead and bring food, this will be best, but it’s often difficult to always be prepared.

Finding food you can eat as a vegetarian may be one of the biggest challenges of your time in Korea. But there are options out there if you’re willing to put in the extra effort.