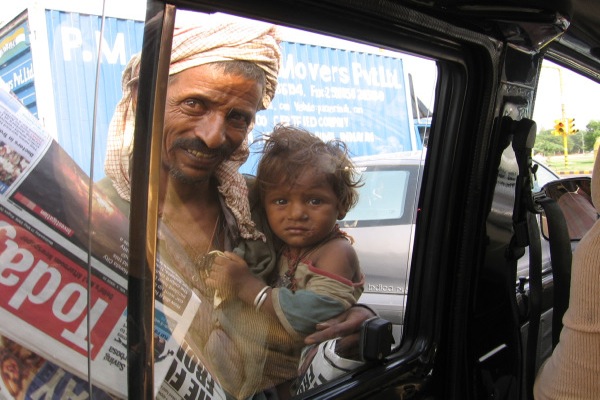 The first time I flew to India, I remember peering out into the midnight blackness as we descended into the Delhi airport. All I could see were random groupings of flickering yellow lights on the ground far below, and I realized I had no idea what to expect. It was my “holy shit” moment. There was no turning back.

I had planned my trip for a year: saved money, left my apartment, put everything in storage and lept. Six months of criss-crossing the sub-continent by myself. Though I had traveled frequently in the past, to Europe, Japan, Thailand, Australia and Central America, I had never been to a place like India.

All I knew about India was what I read, saw in the movies and heard from others. Like many travelers before me, I was told many tall tales about the challenges of travel in India: the crowds, the heat, the delays, the con men and the poverty.

Now that I travel frequently to India, I often find myself in conversations with people who have never been, and who are both fascinated and hesitant. The most common comment I get is:

“I would love to go, but I’m too afraid to face the poverty.” Or:

“I could never go to a poor country like that.”

I usually don’t say anything, but the truth is, I don’t understand this response. 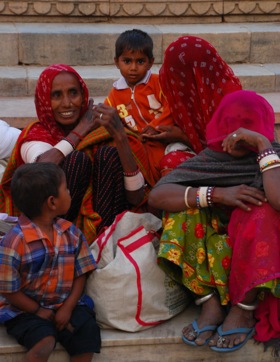 Whether you go and actually see the poverty of India up close, it will be there nonetheless. Every night as you fall asleep in your warm, comfortable and safe bed in North America, thousands, even millions, of people are waking up on the sidewalks of Delhi, Mumbai and Kolkata. Whether you go or not will not prevent this from happening.

Whether you choose to experience the misery to which the human condition can descend or not, these people are still your brother and sisters. We all occupy the same planet, the same mother earth. Your responsibility to your fellow global citizens is the same, whether you actually meet them all or not.

I’m a middle class woman from Canada who has traveled for a total of 11 months in India, and I have seen some sights I never thought I would see. On the grounds of my hotel in Chennai, I saw a city worker naked, except for a tiny loincloth, crawl out of a sewer, completely covered in shit. Some of it was probably mine. He was fixing my hotel’s sewer system.

I’ve seen tiny children selling flowers on the ghats in Varanasi; whole families living on the side of the road in Delhi; streets filled with people with leprosy in Dharamsala. 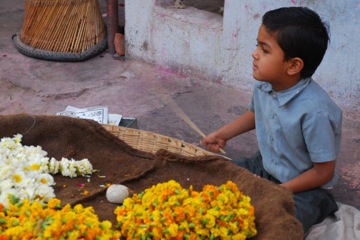 Yes, it’s hard to see; yes, it’s heartbreaking; yes, I wish I could do something about all of it. But I’m clear that I can’t save the world, and that’s what allows me to experience these things without too much agony.

Knowing that I can’t save anyone, and knowing that this poverty is happening despite the fact that I live in a middle-class bubble where I am immured from it, I feel the one thing I can do is raise my awareness about it. I feel it is my responsibility as a global citizen to leave my middle-class, North American life and see how the other 90% of the world lives.

My trips to India haven’t changed the world, but they have changed me. I have a greater appreciation for the materially rich life I was born into in Canada; I have a much broader perspective on the world and my place in it; I have developed a stronger sense of spiritual awareness; I have been surprised and, above all else, I have been humbled. 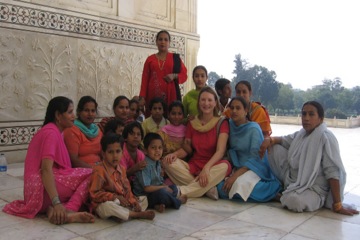 We in the West tend to think that money buys happiness, but India teaches otherwise. I have seen more generous gestures among the poor of India than the rich of North America. I have seen an old man share his one-chapati lunch with a cow on the bridge in Rishikesh. I have seen rural Rajasthani women walk with the grace and elegance of queens, jugs of water balanced precipitously on their heads. Just because these people are poor in material wealth, does not mean they are poor in spirit.

If you go to India after all, you may find that it is the joy that hurts, not the misery.