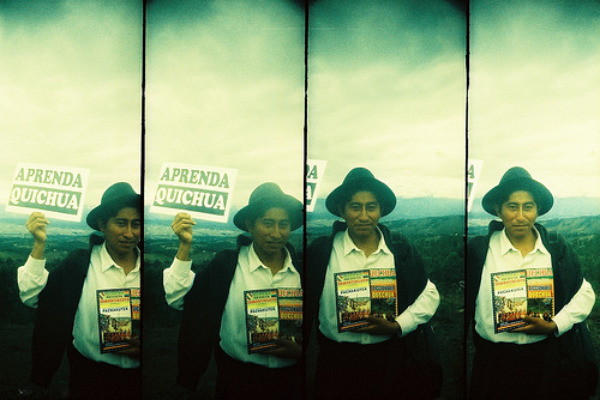 If you’re planning on working or volunteering in the fields of human rights, development, education or politics in the region, Spanish will get you by, but nothing will open doors like acquaintance with the local indigenous dialect. Many of these languages involve a way of thinking and looking at the world vastly different from that of Spanish, and an inadequate understanding of these differences necessarily inhibits communication.

The Aymaras in Bolivia, for example, approach logic in a completely different fashion , assigning values of “true”, “false” or “uncertain” to each statement. Unlike in Spanish or English, they are able to logically derive conclusions from uncertain premises in a mental leap completely beyond the capabilities of those accustomed to thinking like a European.

Beyond the practical benefits of increased understanding or deeper cultural travel, these languages pose a fascinating study of the human capacity for language and provide a unique mental exercise for those already comfortable with European languages.

While hundreds of the languages in the region are in danger of dying out, or are spoken by so few people that your reasons for learning would have to be pretty specific, many governments are beginning to make at least token efforts towards the preservation of some of the major languages in the region. Here’s where you can learn the big three and why you might want to.

Famous as the language of the Incan empire, although it actually predated them, Quechua is still spoken by around 8.5 million speakers across Brazil, Bolivia, Argentina, Ecuador, Colombia, and, of course, Peru, where it is the second official language. While in reality a language family, with several dialects and languages, some mutually intelligible, some not, a good place to start is with the Quechua of Cusco or Bolivia. Highly similar to each other, together they have the greatest number of speakers, and the small amount of surviving literature and theater of the Incas is in this dialect.

Quechua is quite easy to learn. It’s entirely regular, with no adjective agreements or indefinite/definite articles, although you’ll have to wrap your head around a totally unfamiliar vocabulary and a few extra sounds. The most challenging, and fascinating, aspect of the language is its system of evidentials. Each sentence must be qualified by what your source is for that piece of information, and how much you’re willing to commit to it being true – whether you saw it with your own eyes, heard it from a reliable source, are inferring or speculating. If only they’d introduce something like that on the Internet. 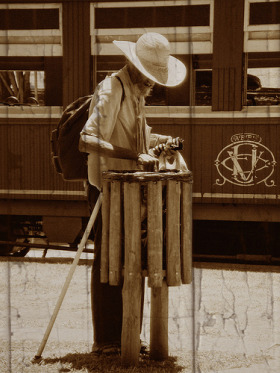 Where to Learn Quechua

Cusco or Bolivia are the best places to learn. Keep in mind the Bolivian regions around La Paz and Lake Titicaca are Aymara-speaking, so if you’re keen on Quechua you should base yourself in or around Sucre, Cochabamba or Potosí. Many Spanish schools also offer Quechua, or you can track down private lessons – expect to pay between US $3-4 per hour (possibly less in Bolivia).

When the linguist Ludovico Bertonio was studying Aymara in the early 17th century, he became convinced the language was too perfect to have developed naturally – that it’s remarkably regular pronunciation, extraordinary fertility and articulateness, and its ability to handle abstract concepts could only be the work of gifted creators.

Many also argue that some form of Aymara was the so-called “secret language” of the Incas, used for private communications between the elite, while the empire at large spoke Quechua.

Whether you subscribe to that theory or not, Aymara is a fascinating language, not only for the mind-bending logical structure mentioned in the introduction, but also for the sheer fact it managed to survive to still be spoken by over 2 million people today in Bolivia and the adjacent regions of Peru, Argentina and Chile. When the Spanish arrived, they tolerated the use of Quechua as a kind of lingua franca between their Indian workers while suppressing the use of other indigenous languages, and most of this century was characterised by hispanization programs which sought to “unify the nation” of many South American countries under the common tongue of Spanish. Despite all this, and despite its total lack of a dictionary or literature, Aymara lives, and the Bolivian government now caters to speakers with radio programs and official language status.

Where to Learn Aymara

Again, the Spanish schools are a good place to begin – stick to the Lake Titicaca region in southern Peru and Bolivia, or head to La Paz.

Paraguayan Guaraní is unique as the only indigenous language in South America which is also spoken by non-indigenous people as their mother tongue. The first of the South American indigenous languages to be awarded official status in 1992, Guaraní is now spoken by 95% of Paraguayans, most bilingual with Spanish, although the indigenous tongue tends to occupy a more rural, informal, intimate space. Textbooks tend to be printed in both languages, bilingual education is gaining strength, newspapers have Guaraní editions, and many politicians are Guaraní speaking. Even Paraguayan Spanish contains a large number of Guaraní loan words.

For those planning an extended stay in the area, Guaraní is an indispensable window into a more personal sphere of Paraguayan life.

Where to Learn Guaraní

Nearly 5 million people across Paraguay, Bolivia, Argentina and Brazil speak some form of Guaraní, however, varieties may be mutually unintelligible so it’s vital to consider where you plan to use it most. For Paraguayan Gauraní, many of Asunción’s Spanish schools also offer courses in Guaraní.

Looking to meet other travelers, language learners and expats based in South America? Check out Matador Travel’s South America page.

29 Phrases To Get You Started Learning Pidgin English
The 10 Major American Accents That You’ll Hear Across the United States
12 Common Hand Gestures in the US That Will Insult People in Other Countries
19 Funny, Sarcastic, and No-Nonsense Trini Sayings You’ll Want To Start Using Every Day
10 Tagalog Slang Phrases Travelers To the Philippines Need To Know