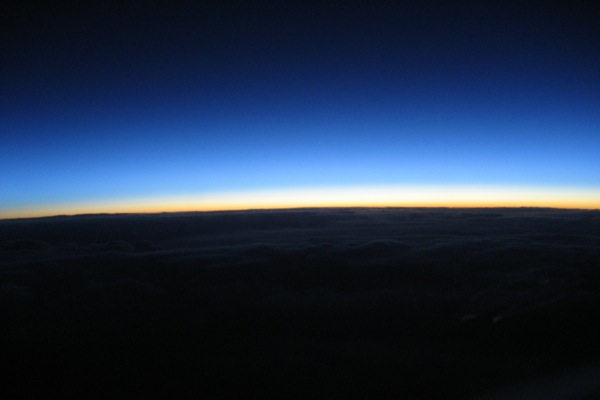 Introducing a new series at Matador Abroad: Ask A Pilot.

FLYING IS AN unavoidable part of traveling abroad, unless you’ve got the time, money and gusto to ply the oceans via cargo ship. For most people, it’s the equis, unspoken part of the journey. It’s the part that’s not written about; the alternately nerve-wrecking and crushingly boring transition zone of a journey that tends to quiet one into a contemplative, reflective state about the place and people left behind and the place and people ahead.

Flying also frightens many travelers – more than most would like to admit – into fraught states plagued by regrets and wishes and a desperate grip on the flimsy armrest. I, for one, am terrified of flying. One round of awful turbulence, which had the not-so-calm pilot saying “Flight attendants! Stop all cabin service! In your seats, now!” cemented this terror and I now suffer flights through a haze of dramamine, beer, and vague horror.

So with my fellow sufferers – and anyone who travels abroad and has to go through the ritual of rising and descending 30,000 feet – in mind, I’m introducing the Ask A Pilot series. You can ask your questions in the comments below, and we’ll choose one each week and send it along to Lance Meade, our go-to, unabashed, truth-telling pilot with a veteran’s stories. Here’s a word from Lance:

It’s my belief that everyone, especially intelligent educated responsible people, would never fly without some apprehension. When you climb on a Boeing 777 you’re handing over control of your well-being and longevity (your life) for the opportunity to ride in an aluminum tube hurling through the stratosphere at nearly the speed of sound, surrounded by more kerosene than half a dozen tanker trucks full, controlled by a couple of strangers whose only qualification you’re sure of is that they’re wearing cool sunglasses and stripes on their shoulders.

I’m one of those strangers. As a pilot for a major carrier for more than twenty-five years, over thirty on jet airliners, I’ve been flying airplanes since I was six and seriously since sixteen. It’s in the blood. Flying airplanes can be exciting and rewarding, but mostly it’s the tedious management of fragile egos and sitting on your tail for many hours. 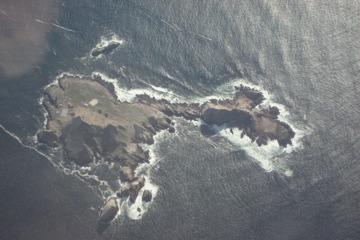 I plan to be brutally honest with you all. There are aviation facts that can sound worse than they are if not handled well. Unfortunately,I’m not known for softening the impact. I’m not good at lying either, so if it’s the facts you want, go ahead and ask away.

Over the years I’ve seen some fun stuff. While flying some NBA stars to to the all star game I saw a 7’4″ center in a middle coach seat while a little 5’8″ guard lounged in a 1st class seat. There was the Friday evening hooker flight LAX to Vegas and the unforgettable 9/11 flight from BOS to SFO. They chose the LAX flight next to me.

There was the poor lady who needed a hospital when we were over Baffin Bay, in northern Canada, hours from the nearest airport (she made it) and the flight attendant who collapsed during our approach to LA, quickly changing a routine landing into an emergency.

Before coming to the airlines, I flew freight in old used up B-727’s.One was the airplane DB Cooper jumped from. Landing gear failures were pretty common in those old planes; that is, gear problems where special procedures were needed to get the gear down and locked. Later, while an airline pilot, we had a similar gear failure ending without incident, though that was the end of one flight attendant’s career. She even took a train home.

Please leave your questions for Lance in the comments below.

We’ll choose one each week and publish it and Lance’s answer as part of the “Ask A Pilot” series.