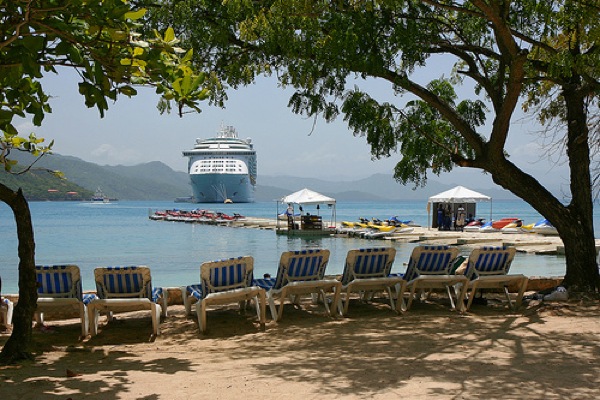 What does Royal Caribbean’s decision allowing cruise ships to continue docking in Haiti imply for the future of the tourism industry?

The fact that Royal Caribbean Cruise Lines is still docking luxury cruise ships at Haiti’s privatized beaches is grotesque; but sadly, taking a wider view of international tourism, it’s not shocking. The type of harsh unconcern for the circumstances of local people isn’t an aberrance from the tourism norm, but rather the norm itself.

Privatized resorts all over the Caribbean, particularly in Cuba but also in Mexico, the Dominican Republic, and a host of other countries, often have little interest in the fate of the locals they bar from their premises with gates and armed guards.

Yes, you’ll hear the familiar rhetoric that Royal Caribbean has spouted in response to outrage over the decision to continue stopping in at Labadee beach in Haiti, where passengers tipple cocktails and jet ski on cordoned off beaches while Haitians endure mounting horror in Port-au-Prince. The cruise ships and the resort are helping the local economy; the resort at Labadee beach employs and supports more than 500 Haitians. 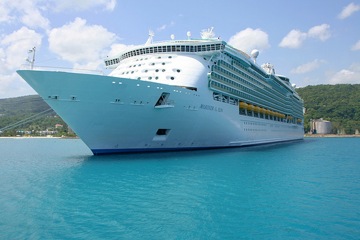 Never mind that there have been major protests against the privatization of the beach and the fact that Haitians not serving a cocktail to a cruise goer are banned from entering; never mind that the vast majority of Haitians receive almost no economic benefit from Labadee other than the hope that they’ll someday be among the select few picked from the mass of cheap labor to work at the resort, never mind that a chunk of their natural wealth has been partitioned off for frolicking tourists. Never mind that these resorts follow the same model of privatization that impoverished the country in the last two centuries.

I know that the job situation in Haiti is desperate; according to Harper’s, the ratio of people in Haiti to the number of permanent full-time jobs there is 80:1. But is appropriating idyllic sections of coast for the exclusive use of wealthy tourists really the ideal way to develop job growth there or anywhere?

Above and beyond this, what sort of message is Royal Caribbean sending to the tourism industry when it says that docking a ship in Haiti following an unspeakable disaster, allowing passengers to fly down zip lines and soak up the sun on private beaches while thousands of people are dying, is OK?

It’s a message that says, “you know what, the ‘locals’ may be suffering – may be dying, may be screaming for their loved ones amidst piles of rubble – but that’s not really of our concern, because as tourists, we’re not a part of it. We drop off some packaged food and move on.”

In a nutshell, it’s saying tourism cuts off a little, beautiful, sanitized part of an impoverished country, cleans it up, and places armed security guards around it to make sure the locals don’t get in (The Guardian noted that people booked on ships scheduled to stop at Labadee are worried about desperate locals climbing fences in search of food).

Beyond the incredulous decision of the cruise line to encourage tourists to “cut loose” in Haiti at such a moment is the wider implication the decision holds. If the tourism industry – specifically, the cruise industry and the luxury resorts it relies on – can embrace such a stark and obscene dichotomy at a time like this, what does the future hold?

Tagged
Travel Haiti
What did you think of this story?
Meh
Good
Awesome

Notes on a Picture I took in Haiti

Haiti in View: Widowed by the earthquake

The West, not Hurricane Matthew, is the true devastator of Haiti