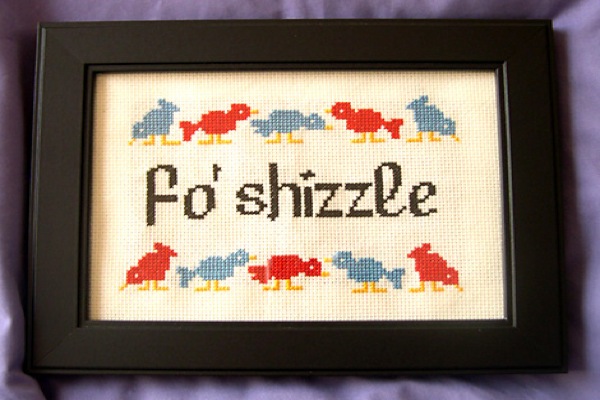 Insider tips about slang expressions and idioms around the world.

Though the first language of many white South Africans is English, don’t be fooled into thinking that means you won’t need a translator. Certain phrases whose meanings no longer have any relation to their American equivalents have seeped their way into the national vocabulary.

“Epic fail” is used 100% more frequently than I’ve ever heard it in the United States. “Hectic” refers to anything from a dance club to a T-shirt. And if anyone tells you that they’ll do something “now,” you better be ready to wait a while. “Now” means pretty much anytime in the future. “Just now” might mean soon-ish, or it might mean they really just want to get rid of you. If they say “now now,” you actually might be in business!

While speaking to a friend back home in Portuguese, he asked me: “Está ficando com alguém lá?” “Ficar” means lots of different things, but its basic meaning is to remain or to stay. So, I replied, “Sim com uma familia.” (Yes, with a family.)

I had just told him that I was making out with a family. Ficar com (with) is to make out. Ficar em (in) is innocent. If you don’t want to make people think rather badly of you, you can say, “Fico na casa de uma familia.” (I’m staying at a family’s house.)

A linguistic anomaly in England, rhyming slang supposedly developed as an idiom of resistance in the rougher parts of East London – to confuse the cops and unwanted outsiders. The idea is to substitute for one standard English word a different rhyming word or phrase, then shorten as necessary.

The “Wight way to rabbit,” then, would be “the Isle of Wight (right) way to rabbit and pork (talk).” You might also hear someone ask you to take your “plates off the Gable,” that is, your “plates of meat (feet) off the Clark Gable (table).” I’ve actually heard people use rhyming slang quite a bit in London. Try it out yourself, but only in the right company.

One of my jobs at the school where I worked in southern Japan was writing letters to students each week. I had up to 80 student journals to read and respond to, and students were often amazed at the massive pile of notebooks I’d be working through at lunch.

They’d often make a strong-guy gesture (flexing a bicep) and say, “Fight!” This confused me at first, but I soon learned that it was a rough translation of the Japanese “Ganbatte!” meaning, roughly, “Do your best!” or “keep it up!” Or, if one is attending a sporting event, “go team!”

Makes you feel like a champion every time you hear it. Even if you’re just pushing a red pen.

To travel like a local, forget the names listed on the map. The capital Lilongwe is known colloquially as “Ls” and Blantyre, Malawi’s largest city, is “BT.” These epithets make sense. But a more peculiar moniker belongs to Zomba, which Malawians call “Texas.”

No, Zomba is not enormous or fiercely independent or inhabited by large numbers of cowboys on horseback. But as the colonial-era capital, Zomba had a disproportionately white population. Never mind that those whites were British — apparently nothing evokes visions of whiteness like Texas, and thus the designation.

Add your Insider Tip to Glimpse. Applications for the Fall 2010 Glimpse Correspondents Program are also now open! Have you applied yet?