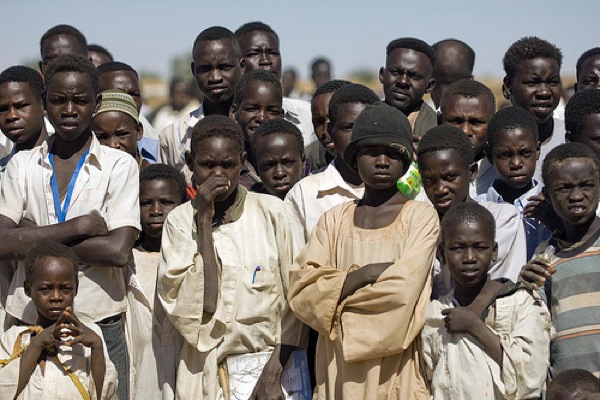 A Glimpse Correspondent working with refugees in Egypt questions the value of having a quota for the number of refugees allowed to immigrate to the United States.

A woman covers her eyes with her hands and cries into them. She is catching her tears, ashamed that they are falling. She says, “They raped me.”

I maintain my distance. I choose my words carefully and I say them in a placid tone, as if I were asking her about the weather. This is my job: to be impartial, to be fair. I pick out the necessary details and find the objective angle.

She is Sudanese. She spent her youth in Darfur. She lived in a village and her father owned goats, which she loved like they were family. She called them pets. Then in the early hours of an anonymous morning a year ago, Janjaweed militiamen of northern Sudan stormed into her village on horseback and burned it down while people slept inside their huts, which had suddenly turned to kindle. The militiamen stole half of all the livestock and shot the rest. They took the women they wanted, and kissed them. Then touched them. Then shamed them. Again, and again, and again. 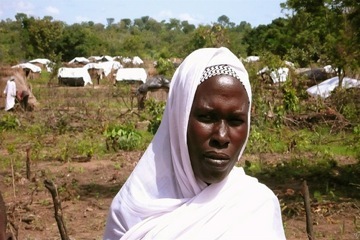 I asked her, “How many died?” She responded by trying to count. When she passed one hundred I said I didn’t want to know anymore.

But some, she said, were lucky enough to escape. Some, like her, even made it out of Sudan and all the way to Egypt.

She’d run through the bush on foot, made it to a town where she scraped enough money together to buy a passport, and ferried her way up the Nile to Luxor. A bus ride later, she was in Cairo.

Then, after six months as an unwanted refugee in a country that denied her citizenship, denied her the right to work, and barraged her with racism and sexual harassment, she meandered quietly into my area of the office, sat down, and asked if she could leave the continent that birthed her for an ambiguous place she’d seen only in the movies. She asked if I could get her to America. Amreeka, she called it.

Her story caused my stomach to turn upside down and suddenly I felt like I was falling. I wanted to vomit and scream murder at all those men with pistols and machetes like it would bring this woman’s goats back. Like it would bring back her family.

What killed my spirit wasn’t the fact that humans could commit these crimes and justify them by calling it ‘war’. It was the fact that she wasn’t unusual. She was one tragedy in a million. I had a boy like her the next day. And then an entire family after that. They came from Iraq and Eritrea and Ethiopia and Sudan. They were not extraordinary or unique and I met one every single day.

As a legal intern working for an aid office for refugees in Cairo, my job is to process people and paper. I conduct an interview with a displaced person or family from this or that conflict zone, and write their stories as testimonies. Then I determine if they qualify as refugees and, afterward, whether or not they have cases for resettlement abroad.

This last part is based primarily on the degree to which they’ve been emotionally and physically traumatized by the conflict in their country of origin, and how their long-term physical and mental health is affected by their experiences. People who have turned suicidal or have obsessed themselves into heart disease get plus points for urgency.

When the interviews and writing are complete, I submit everything to the United Nations High Commissioner for Refugees. Then I wait, often for months, to hear back about whether my client has been referred for resettlement to an embassy or some other appropriate authority.

Sometimes it happens and sometimes it doesn’t, although more often than not it is the latter. Denied requests are always conveniently vague, so we never know exactly why one person was rejected and another was not. This makes it difficult to improve our approach to screening clients and writing cases, and ensures that the application process is muddier than it needs to be. Something that should be essential in this industry of crisis—a clarity of process that could help the system function efficiently and accept all the people it possibly could—is absent.

Then there is the notion of a quota. I quickly learned what that meant: a legal cap on the importation of tragedy set by countries that permit third-country resettlement (U.S., Canada, Australia, and a few others). Third country resettlement refers to the resettlement of refugees who’ve fled their country of origin to a second country, only to be met with a ‘lack of local integration prospects’ and so must be moved to a third. Meaning every single refugee in Egypt. So not only do we have to function inside of a system that moves so slow it may as well be frozen (in no small part because of its own self-imposed ambiguity) we also have more people screaming to leave Egypt than we have space for. 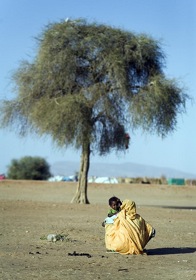 We tell most of our clients a brutal fact: they will most likely have to stay in Cairo, often under precarious circumstances. Perhaps their health is failing. This is not uncommon and is often the direct result of the tortures they’ve endured as survivors of conflict. Inevitably, proper care for their ailments is either too expensive or unavailable in Egypt. This is compounded by the reality that most refugees have little or no money.

Refugees in Egypt are not given citizenship. Without it they are legally barred from gainful employment. But neither can they leave the country to find work elsewhere because many don’t have passports. Even the ones that do are barred from travel because no country wants the responsibility of dealing with another refugee.

People think it’s hard to get a visa to travel to America. Try getting a visa for a Sudanese or Iraqi to anywhere with employment prospects. And they certainly can’t go home, since many face arrest, persecution, persistent death threats, and other circumstances that can hardly be imagined. After all, they left their countries to escape danger. The last thing they need is to go back.

So they are stuck, like bugs in honey, without a way to maintain the meager lives they’re living.

I’ve struggled most with this notion of a quota because it means that the elected officials of the richest and most powerful countries on Earth choose to set allowances on immigration before they address the need itself. That is, they make a choice to qualify tragedy by numbering it. We will accept this many people, from this country, for this calendar year. And no more.

The rest get left in Cairo, Amman, Khartoum, and countless other places where they remain unwelcome.

I’ve tried to bring their stories home via e-mails and phone calls. I’m often met with hesitation, silence, or rebuttal. After all, America didn’t start the conflict in Sudan. Or Eritrea. Or Ethiopia. And while America’s responsibility in Iraq is certainly more pronounced, it’s not just our problem. There was war and conflict there before we arrived. America didn’t rape or pillage or light anything on fire just to watch it burn.

In addition, the more refugees we bring to our country, the more liability and risk we bring with them. We have to pay for their services, which they most often cannot afford themselves. Even if a person is lucky enough to be resettled and somehow manages to scrape up a living in their new country on their own, it’s because they occupy a job that could have gone to a native resident.

Given the state of our economy and the political environment that surrounds it, these claims seem warranted. When refugees arrive in any country they are a financial and legal burden. They use resources and need jobs, education, and emotional and physical treatment. They haven’t paid taxes to our treasury, they were not born on our soil, and they rarely bring a relevant trade with them.

So when we, as a voting public, think about immigration reform and the lawmakers that lobby for and against it, we need to answer one question: When do we decide the quality of a human life is worth more than the dollar value we assign it?

Of course these people are strangers and they live so far away it’s easy to never see them. But when I speak to someone at home who is so opposed to my politics, I try to remind them of one thing. Refugees, like everyone else, are human and they deserve a reasonable opportunity to earn a life for themselves. They have friends, and families, and lovers. They have names. The quiet girl from my office is named Ashai, and she is from Darfur.

Tagged
Travel Egypt Sudan
What did you think of this story?
Meh
Good
Awesome

The 7 coolest pyramids not in Egypt

Strangerness: Being thought American in Sudan

Sudan is a safe and fascinating destination. Here’s why you should check it out.