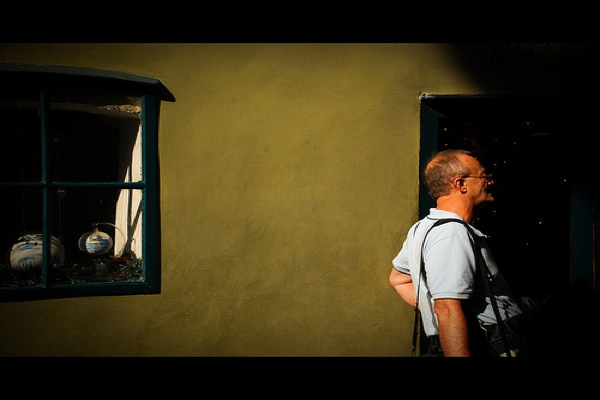 The phrase “ugly American” actually has two historical meanings, although we’ve tended to ignore one in favor of the other.

When my flat manager in Dhaka finally arrived and asked if I was well, I responded, “No, I’m not at all happy,” furious that it took him a full day to check our water pumps.

We hadn’t been receiving consistent water pressure out of our faucets for over a day now, making it hard to bathe and cook. He said a worker would come “sometime tonight,” just after my roommates and I planned a celebratory dinner out. I worried we might have to cancel our dinner to wait for him, and judging by Bangladeshi lack of punctuality, he might not even come at all. Things just move impossibly slow here.

I suppose both my response and attitude towards the nuisance would clearly define me as the “ugly American.” Frustrated that it took me three hours to get enough water to bathe, I couldn’t muster up any cultural sensitivity and not act like a spoiled brat. An American friend once told me, “Sometimes, you have to be the ‘ugly American’ if you want to get anything done.” 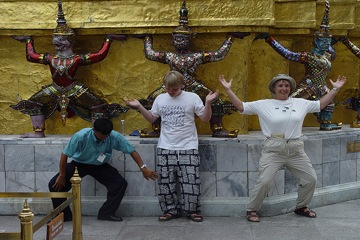 At first, I was grateful to have this excuse, but then I thought further about the situation. In my work and personal life abroad, I’d like to think I represent my country outside the stereotypes: ugly, arrogant, ignorant, imperialist. Living in Bangladesh on a US government scholarship, I try to listen to people’s experiences, asking questions about individual and community identity and culture in order to form a reasonable impression of this foreign land.

However, while those conscious sympathies are active, I must be careful not to be misinformed or deceived. As a foreigner, I am likely to receive the “tourist tax” and have the price of my goods jacked up, or be given false information in an attempt to persuade me to do something I normally wouldn’t. By always being a passive listener, I have a very likely chance of getting walked over. This can happen in any country, to citizens or travelers, but looking blatantly different physically makes me a marked target. A balance must be struck between cultural exchange and self-protection.

I think this is what my friend meant when he said we have to act “ugly” in order to get things done. Ugliness is easily confused with aggression. Americans are culturally more aggressive, with values centering around self-reliance, directness, and task orientation. Think about our idioms: time is money, don’t beat around the bush, keep your eye on the ball, if you want something done right… It should be forgivable if we pass back and forth between being conscious sympathizers and demanding “aggressors” while living abroad, especially depending on circumstance. Maybe “aggressive” America is as misunderstood as much as “submissive” Asian cultures. 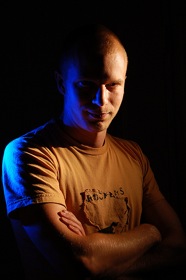 The term “ugly American” derives from the 1958 political novel of the same title by Eugene Burdick and William Lederer. “The Ugly American”is fiction based on reality, alluding to Americans losing political presence in Southeast Asia because of their failure to understand local culture. The novel quotes a Burmese character as saying,

For some reason, the [American] people I meet in my country are not the same as the ones I knew in the United States. A mysterious change seems to come over Americans when they go to a foreign land. They isolate themselves socially. They live pretentiously. They’re loud and ostentatious.

I think most Americans today would agree that this sentiment of imperialism existed during the Vietnam War, and any critically thinking traveler could easily witnesses this in many ex-pats today, especially government funded ones.

But interestingly, the title is a double entendre. The “Ugly American” also refers to the novel’s unattractive hero, Homer Atkins. According to a New York Times article appraising the novel, Homer, an engineer with black, calloused hands, lived in a dirt hut and collaborated with villagers on community empowerment projects, like the construction of a bicycle-powered irrigation pump. The article asserts that “Homer is the very model of the enlightened ambassador the authors thought America should send into the world.”

“Ugly” is an ironic play on words, describing an admirable hero who was “unattractive” due to the nature of his work: helping others. 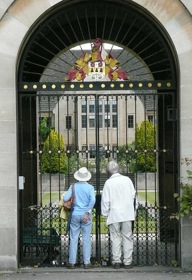 Why did the negative title stick? Both kinds of “ugly Americans” exist abroad: the ones who are ugly from arrogant attitudes, and the ones who are physically ugly from giving up on hygienic luxuries for humanitarian goals. We more often lean to the negative rather than the positive. But according to the original definition, being an “ugly American” is what you make of it.

We can’t always control other people’s perceptions of us. But what I could do is, firmly put my foot down to get what I needed, then be culturally sensitive and invite him for a cup of chai.

‘Accidentally Wes Anderson, The Book’ is a nostalgic mix of colors and symmetry
30 awesome Japanese idioms we should start using in English
9 boardless, cardless games to play anywhere
From sacred deer to mochi, Nara deserves a spot on your cultural tour of Japan
Rajasthan’s epic camel festival is two days of fur-cutting, dancing, and races

You can rent a hot tub boat in Seattle, and it looks glorious

The most beautiful and emptiest state parks in New England

The most underrated, crowd-free national monuments in the West

US State Department lifts ‘Do Not Travel’ advisory for international travel

The best national parks for every type of traveler

Understanding the benefits of train travel in 2020