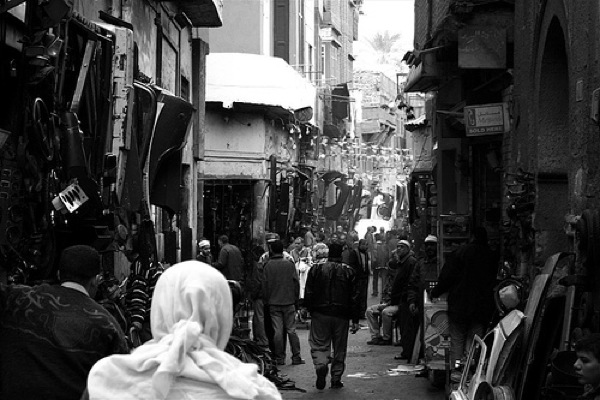 One of Matador’s Middle East experts explains how to blend in with the local ladies.

It’s inevitable. As a western woman in Egypt, you’re going to get stared at, even leered at sometimes.

As my fiancé and some of her female colleagues were fed-up with the nine months of long looks, catcalls and visual undressings they’d endured in Cairo, they decided to do something about it: they went veil shopping.

I came along to see to observe this retail therapy with a twist.

Our first whistle stop on this veil-shopping excursion was to the old Islamic quarter, otherwise known as Khan al Khalili.

The sliver-tongued touts at The Khan met the ladies’ inquires for veils first with curiosity (“You are Muslim?”) and then, once the girls had donned the veils, with delight: “Very beautiful. You want Egyptian husband too?”

Becky and Kristina laughed and opted for the standard hejab, which revealed only their faces. Jamie took the more liberal Spanish style option, leaving her neck, chin, and ear lobes exposed. Katherine and Mariette, on the other hand, held out for more conservative veils we’d end up finding elsewhere.

Walking through the medieval souq, half the group veiled and half unveiled, the girls chatted and giggled about the novelty of being a Muslim girl for the day. 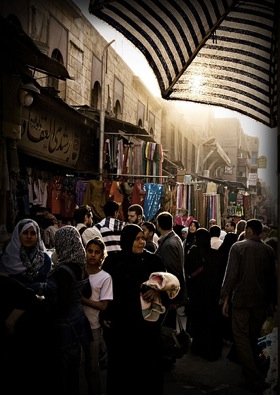 The touts were undaunted and continued to court them religiously. In fact, the ladies in the hejabs actually seemed to get more attention than those without it.

Maybe it was because their ankles and arms weren’t covered-up like those of good Muslim girls. Next stop, Midan Ataba.

Midan Ataba is as popular with locals for shopping as Khan al Khalili is with tourists for souvenir hunting.

Thrown haphazardly under a freeway overpass not far from the City of the Dead, this flea market of flea markets seemed a likely place to find the khimar and niqab the unveiled girls wanted.

Slipping on the khimar, a bell shaped drape with a hole cut out for the face, Katherine suddenly became shapeless, her eyes that much more striking. Collectively, we ‘oooed.’

When Mariette pulled the niqab (an all black gown and veil combo) over her lithe frame, she too was transformed.

With only her blue eyes in sight, we stared at her transformation in wonder – she was one of them now. Only her bare sandalled feet gave her away.

Surveying the ring of veils around me, from the liberal Spanish style to the most conservative niqab, I realized that I was to the group what Mariette’s bare feet were to her ensemble – the giveaway. I excused myself and talked to them after the veil experiment, eager to hear what they had to say.

“The Spanish style veil wasn’t actually much of a stretch for me,” admitted Jamie. “Next time though, I’ll cover my arms, ankles and feet too ‘cause I think that’s why we got more attention with the veil than without it – gotta get some of those cute ‘toe gloves’ too, I guess.”

“At first, it felt funny wearing the hejab but I was having a bad hair day anyway so it was kinda nice to not have to fuss over it.”

Kristina concurred with a nod of her hejab.

“The bell shaped khimar was not my style, too old-fashioned, really. But I’m sure if I wore it, Osama wouldn’t mind,” Katherine said with a wink. “If I were to veil regularly though, I’d go for the Spanish style, I think.” 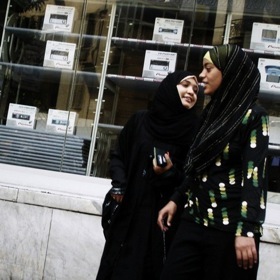 “I could see and not be seen. It was really exciting to be anonymous for a change and more people spoke to me in Arabic today than probably my whole time in Egypt. Although, it was pretty hot under all that black polyester.”

So if your travel philosophy is ‘to do as the Romans do, when in Rome’ here are some places that will help you do as the Egyptians do when in Egypt:

Refine your bargaining skills in the city’s most ancient quarter, ‘The Khan.’ From pashmina to silk and everything in between, they’ll mix and match your hejab to fit that favorite lip-gloss of yours perfectly.

For fun, tally-up the marriage proposals at the end of the day at Naguib Mafouz’s old haunt, Fishawi’s Coffeehouse.

Rummage under the bridge with the locals through the myriad of colors, patterns and vendors for that special veil that just screams Sofia Loren circa 1950. Score the khimar and niqab here for a fraction of what they go for elsewhere and, oh yeah, don’t forget to breathe. 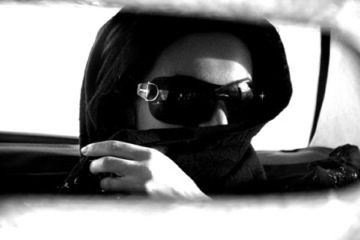 Escape the heat in Cairo’s answer to Dubai’s Mall of the Emirates. Rub elbows with the Cairene elite and window-shop for the latest in finely stitched niqabs, straight from the runways of the Persian Gulf.

The humble cousin to City Stars, this small shopping center in the middle of affluently green and westernized Ma’adi has more veils than expats – and that’s a lot!

Not far from the Crusader’s Wall of Saladin on Sharia al Muizz li-Din Allah, this is yet another hot spot to ‘veil-up.’

Vibrant hejab shops (staffed mostly by men for some odd reason) plus Thai-made Gucci and Prada knock-offs in the streets make for a strange mix of the local and the international.

To see some of the girls in action at ‘The Khan’ check out this video from Lonely Planet TV:

Tagged
Travel Cairo, Egypt
What did you think of this story?
Meh
Good
Awesome