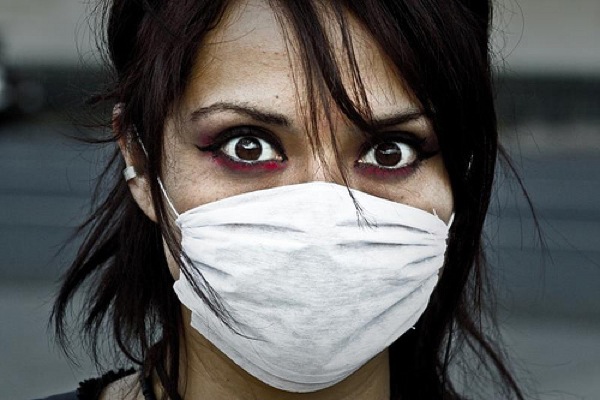 “We’re more isolated from the world than ever,” wrote my Mexican partner in an email this morning. “Over 300 people were shut off inside a hotel in Hong Kong just for being in contact with a Mexican, and Japan has suspended the visa exemption for Mexicans. This is going to make travel even harder for us.”

My first response was a feeling of total deflation. As if it weren’t hard enough to coordinate visas and bureaucracy and paperwork for him whenever we travel somewhere, now there’s the added discrimination of swine flu paranoia.

I went on my morning mission of finding swine flu updates, article after article presenting what seemed to be hopeful news – “epidemic in decline”, “the critical moment has passed” – only to immediately clarify that that the danger is more imminent than ever and one should stay tuned to all future updates in a state of panic and high alert.

Then the feeling of deflation turned to anger and defiance. I’ve been in contact with my Mexican friends ever since the swine flu news broke, and none of them have ever said anything along the lines of:

“You don’t know who could be carrying this plague so it is best to just keep behind closed doors as much as possible.”

Or “It’s like we’re in a strange zombie movie or something” (conveniently said while “hurriedly stocking up on groceries.”)

My friends’ comments have been more fearful of the economic, political, and personal impacts that the swine flu panic will have on their lives and the lives of the people they love. Are they staying inside? Wearing masks? Yes. Are they paranoid and panicked and talking about plague and zombies? No. And neither is anyone they know.

To top it all off, a good friend of mine here in Japan works for the WHO and could not express enough scorn for the way the epidemic is being addressed.

“A pandemic simply means that the flu spreads to other places,” she said. “It doesn’t mean that it’s some sort of plague that will wipe out the planet.”

Sensationalism is nothing new, and is in fact pretty much the standard, in the global media. But I’ve been particularly irritated by it this time since it hits so close to home.

And yet towards the end of the day, after a long back-and-forth with friends in Mexico, my frustration calmed and I came to thinking that travel abroad is more important than ever in moments like this. I’d felt a rising panic, reading reports from Britain to Japan about swine flu, and then I remembered that wait, I’ve lived in Mexico, many people I love are in Mexico, and most of what they’re saying doesn’t collate with any of these frenzied stories.

And I thought about how much of the time that happens to travelers. How often do we read a story written in the New York Times or the Telegraph or any newspaper anywhere and think, “Hey, that has nothing to do with what I’ve seen and felt and experienced in a place?”

Which is why, instead of getting swept up in paranoia and letting the media enjoy a global fear spree, maybe travelers can step back and use this moment to appreciate the fact that they have the most important kind of information: local, place-based, human information. And if people continue to travel, and continue to rely on what they see and hear and understand through traveling, than perhaps we won’t be so dependent on the alarmist discourses telling us to panic and close our doors.

Ok. That’s all for today. I’m signing off now to go fight the zombies for more canned goods.

UPDATE: Swine flu might be overblown, but there are other health issues that don’t get enough attention in the mass media. Read “What Should Worry You More Than Swine Flu” at Matador Change to get informed.