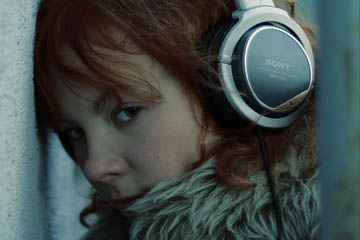 Music not for the timid / Photo egorsechin

Summer’s here. Time to escape the winter den and go someplace balmy. The bags are packed, tickets in hand…

…but wait. Which tunes are you taking?

You’ve got your standard playlists, your custom-mix CDs at the top of your backpack where you can grab â€˜em without looking.

Somehow, it seems a little… known. Ben Harper’s catalog is practically tattooed on your eardrums, and the Jack Johnson disk you fell in love to will wear completely through if you play it…one…more…time.

Do your playlists have that “Stairway to Heaven” feel? Concerned that half your favorites are on the classic rock station? Time to dive into your rarities vault and bring up something… distinctive.

When someone asks about your music – sure, you can play it safe and rattle off some universal favorites. But it’s a prelude to intimacy to share your hidden treasures, a statement that says “it may not be popular, but it means something to me.”

Everyone’s music library has its singular, offbeat gems the rest of the world should know about.

The question “what music would you bring to a desert island?” is like a test – it’s hard to be completely honest. But asking, “which of your favorite music do you wish everyone knew about?” will get a totally different response.

Everyone’s music library has its singular, offbeat gems the rest of the world should know about yet somehow doesn’t. Does it flabbergast you that some incredible music is widely unknown?

Open a window in the music department and shout it out! It may be quirky, obscure or nowhere near cutting edge – who cares? And if you want to experiment on your musical journey, explore some audio landscapes from the reader responses.

Here’s a baker’s dozen to spice up your trip, perhaps start a conversation or two….

P.S. Haters who want to trash other people’s tastes needn’t respond. Disagreement is fine, but only if done with class, courtesy and respect. Please be fair.

WARNING: Some links are NSFW (Not Safe For Work)! 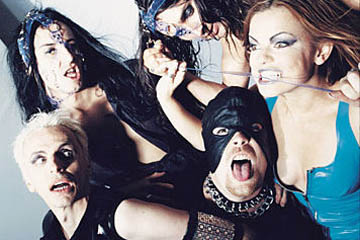 Effin’ decadence. The Lords of Acid are the musical equivalent of having your clothes torn off by a band of sex-crazed coeds – a bit shocking at first, but soon you think there’s a pretty good idea here. Quoth a fan: “Pum Pum.”

The name says it all: sex and drugs. Techno and metal weld together amazingly well, but the human element gives it its pulse: a live (non-machine) drummer, a guitarist in a leather gimp mask, and lead singer Deb Ostrega… ah, Europe.

Let’s just say she leaves nothing to the imagination. The result is flat out, adrenalized fun.

Composer Praga Khan has numerous solo albums. His work launched a thousand synths back in the day; few will ever catch up.

The Specials are a blast. Prog rock stations never play near enough of these ska legends. Leave Bob Marley at home this time: if someone begs to hear something other than “Legend,” pop this on. If someone hasn’t asked “who’s this?” within 10 seconds, it’s not loud enough. Great party music, and the lyrics are hysterical. And they’ve recently reunited!

Elizabeth Frazier has one of the most incredible voices you’ll never understand. Her lyrics are a combination of obscure dictionary words and echolalia. What comes through is a light, brilliant sound that accomplishes one of the lost arts of rock: melody. These compositions are saturated pop, turned sideways – you’ll regret not knowing what she’s saying because it’s so fascinatingly, achingly pretty. Watch a video 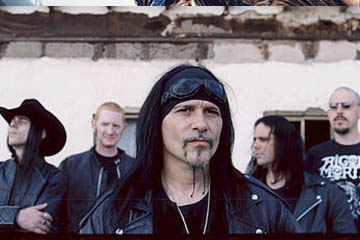 Korn, dude! KORRRNN! only wishes they were Ministry. After years of pushing dozens of envelopes – and injecting their contents – Al Jourgensen is lucky he’s still alive. Where he’s been is presented in industrial form: a political beast that broods before it turns loose. Ministry’s farewell tour is this summer. Tune in your “trembling earballs” to hear why that’s our loss.

Best albums: Greatest Fits, The Land of Rape and Honey, The Mind Is a Terrible Thing to Taste

Waitaminute, is that country? Well, depends who you’re asking with the album Wrecking Ball. When Daniel Lanois, famous for his work with Peter Gabriel, teamed with country icon Emmylou Harris, the mixture was otherworldly – an ethereal quasi-country. Can you imagine her cover of Jimi Hendrix? Timed just right, it’ll knock you off your feet.

The best way to describe Medicine is “beautiful noise.” Maybe you caught that one song from The Crow soundtrack: make it a point to track down some more. It’s like EinstÃ¼rzende Neubauten made friendly, but really there’s nothing like this.

Best albums: Shot Forth Self Living, Her Highness, The Buried Life 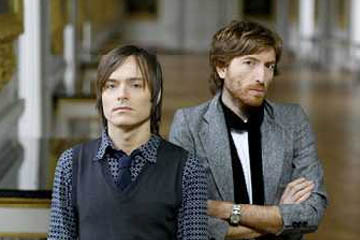 Sure, you heard them in that café in Europe. But did you listen to them while on a train trip? You can have a conversation with Air in the background, and come away with this relaxed vibe. And this duo’s music is constantly evolving. Stay tuned.

Unfortunately, one of Chicago’s best-kept secrets. Stella Soleil’s band folded when she left for L.A. Her recent work flirts with the commercial, but her older stuff is stunning – a girl’s voice in a woman’s body. Captivating.

Best albums: Soularium, Drown Me in You

From the 60s, 70s and 80s respectively, these blasts from the past made untold thousands want to start their own bands, each in their own decade. There’s more going on here than meets the ear. This is some of rock’s smartest stuff.

It’s rare to find electronica that not only sounds good, but feels this good. Put this on your headphones, and the phrase “music bath” goes to a whole new level. Great to wake up to.

If you had your own radio station, what’s some of the quirky, “off the beaten track” music you’d be playing?

Americans are rushing to buy a second passport, and here’s what it takes
The best stops on the Blue Ridge Parkway
This photographer drove cross-country to capture American life in lockdown
Everything Americans need to know about traveling to Mexico right now
I’m a US citizen. Where can I travel in Latin America?