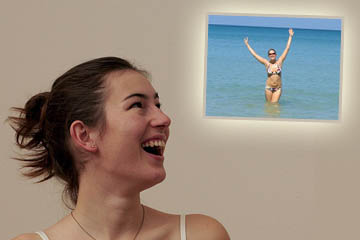 Photos by MickcPeck and casey yancey

A long time ago I read an article called “5 Guys To Do Before You Say I Do.”

It was sort of like those 1000 Places to See Before You Die books, only instead of “ride a hot air balloon over the Napa Valley” it was “have sex with the bass player from an indie rock band,” and instead of death, you had, well, marriage.

Until I read that article, at the tender age of 14, it had never occurred to me to make a pre-marital bucket list – marriage wasn’t something I thought of as an end point, exactly.

But thankfully Cosmo opened my eyes, and I realized that there were probably lots of crucial life experiences – besides The Younger Man, The Older Man, The Arm Candy, The Artist, and The Bad Boy – to tick off the master list before getting hitched.

Here, without further ado, are 5 trips to do before you say ‘I do’.

Full-moon parties on Thailand’s infamous Ko Pha Ngan. Cocaine and cutting-edge dance music in the clubs of Ibiza. Getting “screeched in” on George Street in St. Johns, Newfoundland.

The universe knows you’ll have more fun on that party island if you’re single.

Whatever your partying preference, somewhere there is an island seemingly custom-made for you to let loose.

Why are all the best parties found on islands? Only the universe knows. The universe also knows that you’ll have more fun on that custom-made party island if you’re single.

In days of yore, our ancestors designed rites and trials to mark the passage of young men into adulthood. Today, we have our own rite of passage: Spring Break. And in this post-feminist world, girls get to play, too.

So go ahead. Enter that beer-funneling contest. Flag down that Girls Gone Wild cameraman. Show the staff at Senor Frog’s just exactly what you’re made of.

When you look back in your old age, won’t you regret not drinking that last daiquiri?

It’s like Spring Break, but on a bus. Do you really want to be that guy who brought his wife Contiki-ing? ‘Nuff said.

We all know that once you put that ball and chain around your finger, longstanding friendships go out the window. It’s the way of the world, right?

Be sure you make time for one last single-sex travel bash before resigning yourself to a lifetime of hotel check-ins as “Mr” and “Mrs”.

There’s a whole industry designed for the ladies, here – spa packages, shopping getaways, and the like – but the demand for mancations is growing fast, too. Go ice-fishing for a weekend, or find some strippers in Vegas. Revel in gender stereotypes while you still can.

(Note: It’s bad form to roll the final friends fling in with the bachelor/bachelorette party. Don’t try to kill two birds with one stone.)

The solo quest is the most important trip of all. After all, you can’t find your other half until you’ve found yourself.

A spiritual element is key here, as is setting a specific goal. Seek out a monastery and apprentice yourself to one of the enlightened souls within, preferably somewhere in Asia.

Walk a famous pilgrimage route – bonus points if you shuffle the whole way on your knees.

Plan a long-distance overland trek taking in many physical and political obstacles – Cairo to Cape Town is a good one, if you have the means. Use an odd form of transport: a kayak, or a unicycle.

Pour your heart and soul into the trip, and keep detailed notes. Even if you don’t find yourself – or your mate – en route, you’re likely to find yourself a book deal.

What are your ideas for trips before typing the knot? Share you thoughts in the comments!