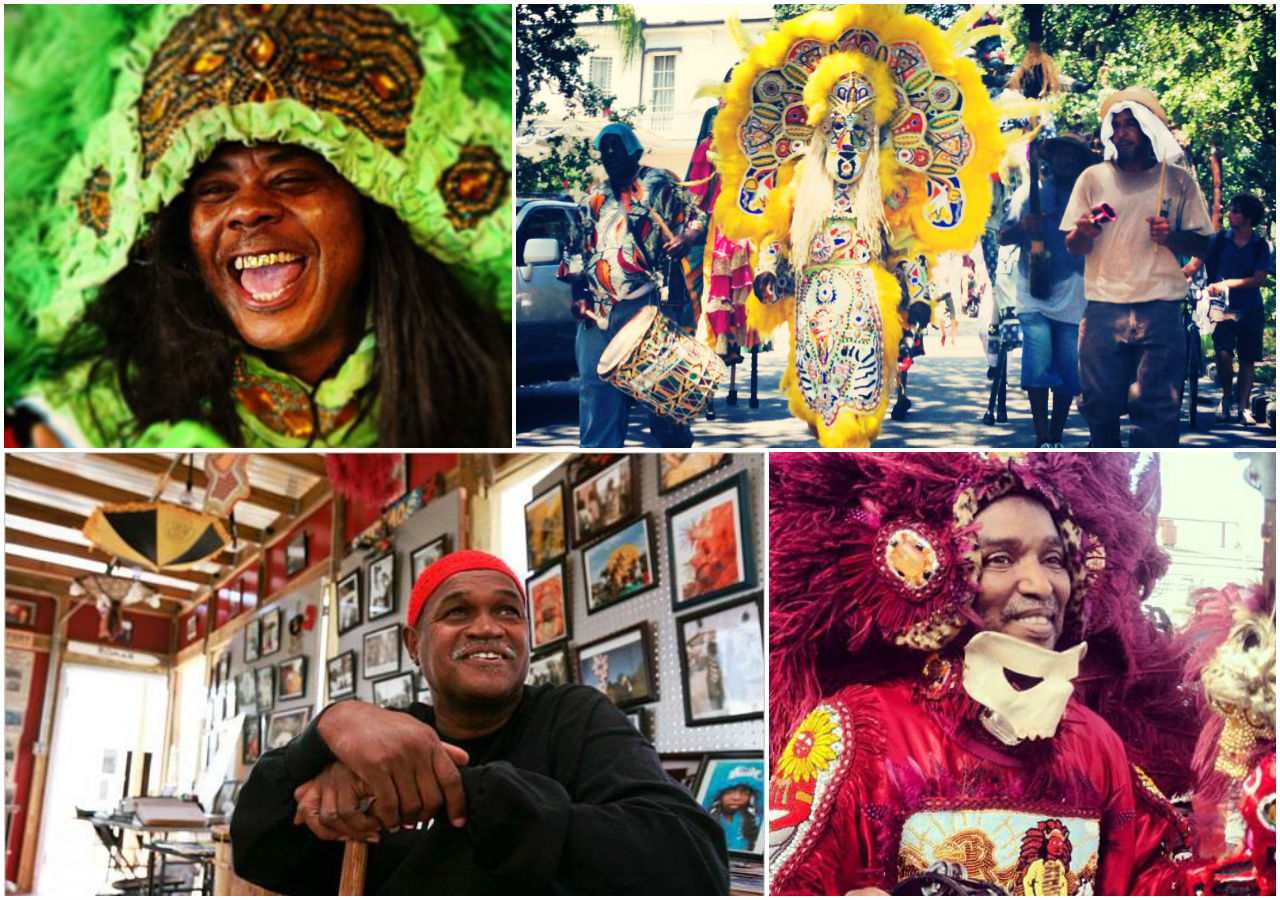 Photos: House of Dance and Feathers/Facebook

Mr. Ronald Lewis of the Lower 9th Ward in New Orleans is preserving the living street culture of the city. In New Orleans, music, parades, second lines, Mardi Gras and all the krewes and social aid groups that support those activities aren’t just fun — they are the very fabric of the community. But tourists tend to just flock to Bourbon Street and only see a skewed version, so Lewis is trying fighting the cheapening of New Orleans culture. Lewis’s resume reads like New Orleanian royalty — he’s a founder and former chief of the Mardi Gras Indian tribe the Choctaw Hunters, president of the Big Nine Social Aid and Pleasure Club and the 2008 King of the Krewe de Vieux. Any local seeing those names would know this is somebody whose roots go deep into the city.

After nearly overflowing his own house with Mardi Gras Indian costumes and art, Lewis created the House of Dance and Feathers in a shed in his backyard. The museum is a “celebration of New Orleans street culture” and showcases art, “throws,” costumes and photography from every spectrum of the music and life lived out on New Orleans streets. From the gorgeous artwork of a full Mardi Gras Indian suit or a Krewe of Muses’s shoe to the fun paraphernalia of Krewe de Jieux’s gold painted bagels, the museum immerses you in the color of New Orleans. It also includes displays from Hurricane Katrina, which wiped out much of the Lower 9th ward.

Lewis aims to educate the rest of the world about New Orleans, he says:

I was at the point in my life where, “Okay, I can make a Mardi Gras Indian costume, but I want to educate the world about our great culture, how we do this, and why we are so successful at it even though the economics say we ain’t supposed to be.”

Lewis is a champion for his neighborhood and his culture, keeping communities alive via street culture. 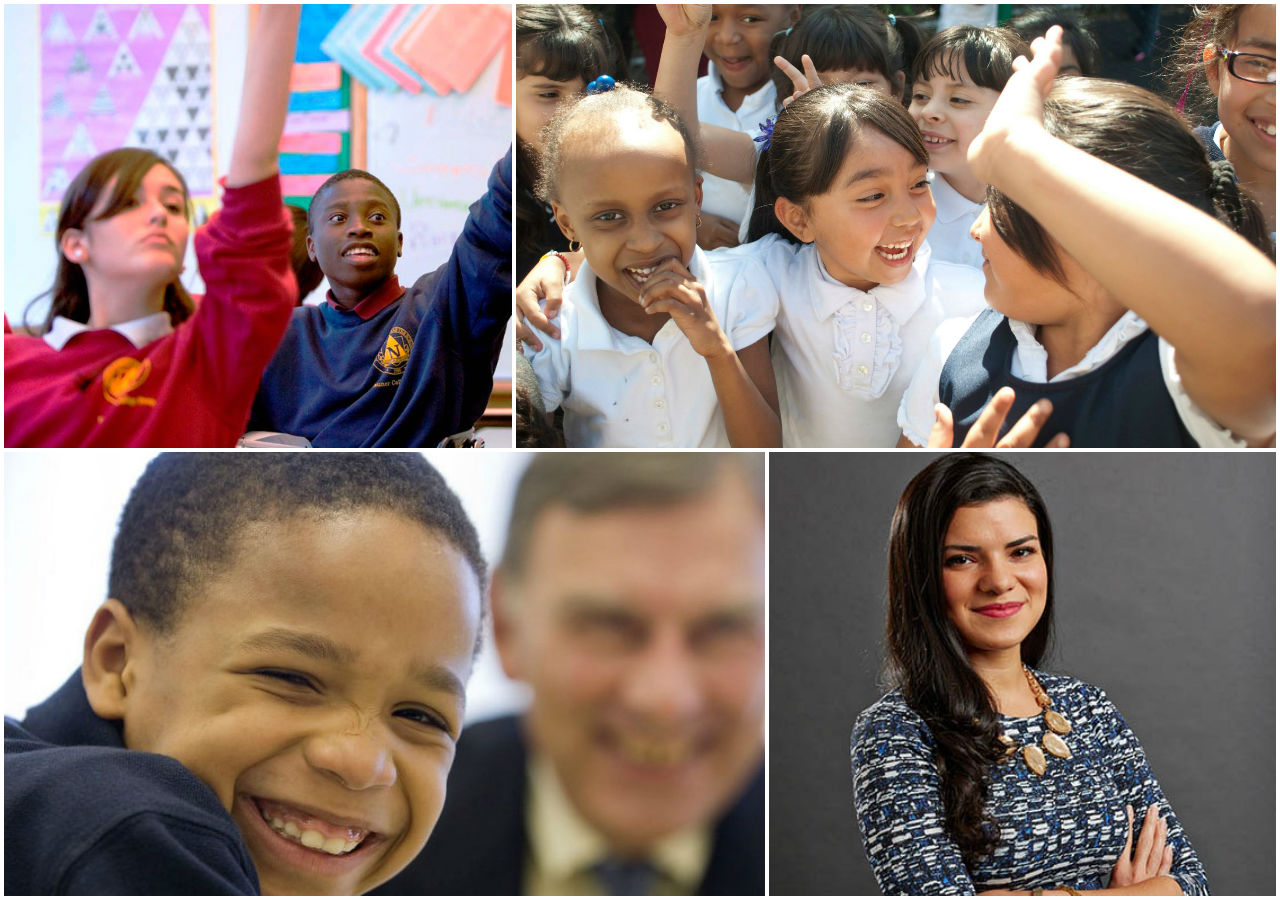 Hailing from Houston and a graduate of Rice University, Esther Tricoche works toward closing the education gaps via technology and knocking down boundaries to allow for more Latino and Black leaders in education technology. She is featured as one of Forbes “30 Under 30” for 2016 for her work in pushing for equality in education. She co-founded New Schools Ignite and is an associate partner with the New Schools Venture Fund. Prior to New Schools, she worked behind the scenes in the New Orleans school revitalization movement and led educational strategy for the Laura and John Arnold Foundation.

Tricoche is passionate about leading the next generation into reaching their potential as creators, she writes:

“As schools shift from a focus on memorizing science facts to engaging in critical analysis and scientific problem solving, tools that connect students to real-world applications will inspire the next generation of creators and experimenters across all domains of society.”

She is fighting for those very tools to be available for every student. 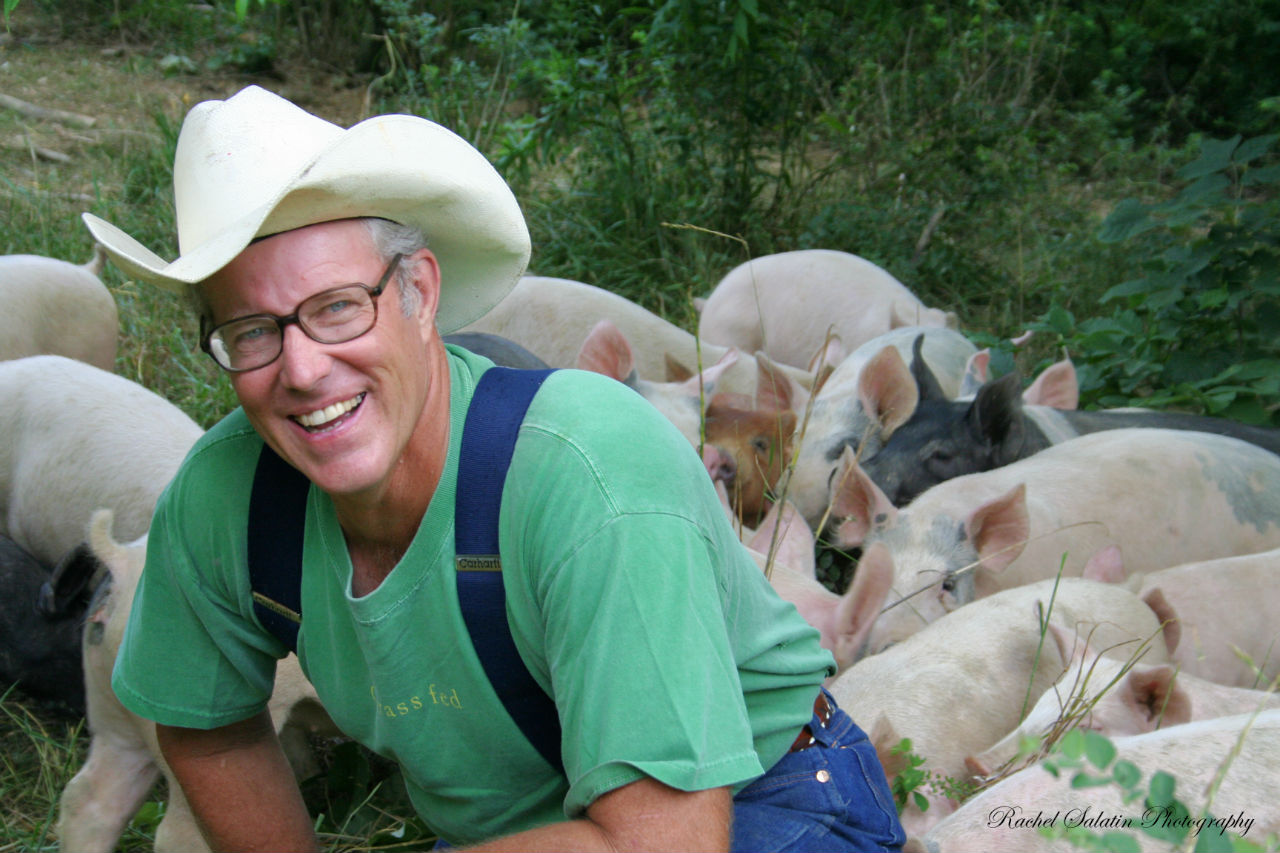 Joel Salatin is a Virginia farmer dedicated, according to his website, to the “redemption business: healing the land, healing the food, healing the economy, and healing the culture.” Salatin employs innovative, organic farming techniques to provide local produce and has become a hero for farmers and urban gardeners around the country. Refuting the idea that the organic movement is for the elite, Whole Foods shopper, Salatin considers himself a ”Christian libertarian environmental capitalist” and lives a life that is more practical than hipster or elite. He feels that the organic label has been co-opted by large farms and bureaucracy.

Salatin is not only a farmer but a prolific author and speaker, preaching the gospel of his mix of old-fashioned and new high-tech farming that creates a more sustainable food source. He’s been the inspiration for many farmers around the country and was featured in Michael Pollan’s seminal book The Omnivore’s Dilemma and the New York Times called him the High Priest of the Pasture. When he’s not speaking around the country, he can be found explaining his farming choices to tours on his land in Virginia.

4. Chuck Reece and story of the South 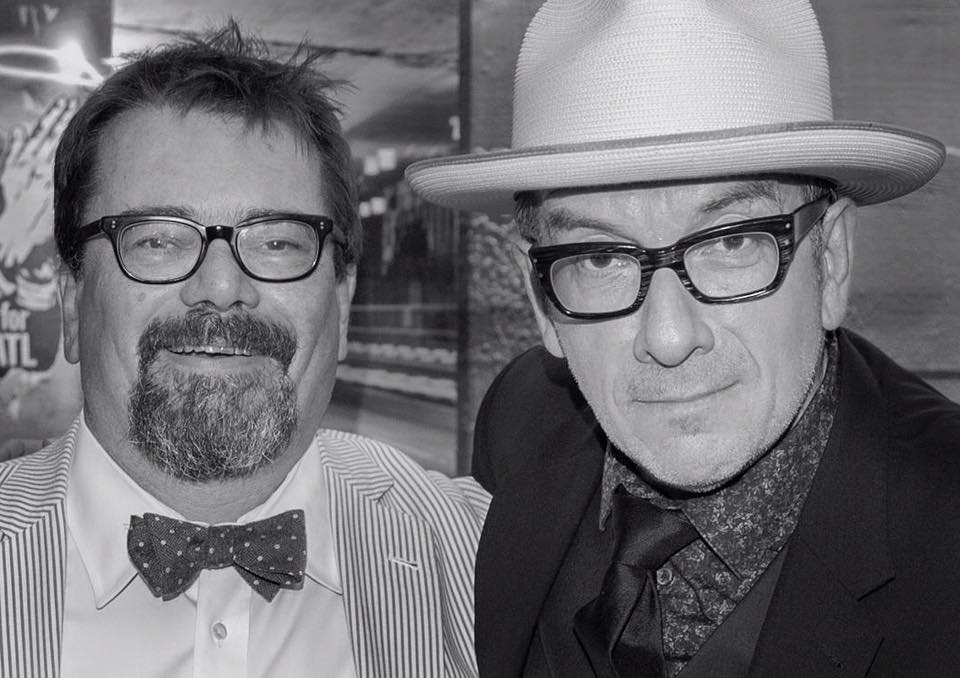 Chuck Reece is editor and co-founder of The Bitter Southerner the beautiful, online literary magazine “for the rest of us, those that are bitter about the problems of the South, but also about how the rest of the world ignores the beauty of the South. It is about the South that the rest of us know: the one we live in today and the one we hope to create in the future.” The Bitter Southerner puts out gorgeous, photo-filled features every week, along with shorter “folklore” pieces and videos, exploring every facet of Southern life from “a certain progressive Southern ethos,” a bit like a “Vice of the South,” reports Forbes. The Bitter Southerner produces in-depth, highly personal pieces on such topics as the group who led the Confederate Flag protests in South Carolina or homegrown fashion in Alabama.

Reece himself spent time working in media in New York City, facing odd looks for his Southern accent. He now writes about anything Southern, from gospel music to cocktails. He’s determined to not only change the stereotype of the South but to change the story of the South itself. He strives to have a diverse writing staff and to tell diverse stories, no matter how taboo or controversial they may seem. He told NPR that in this way he hopes the Bitter Southerner “moves us a little further down the road, getting people to think in a new way about certain things, while celebrating the parts of our collective heritage that are worthy of celebration.” 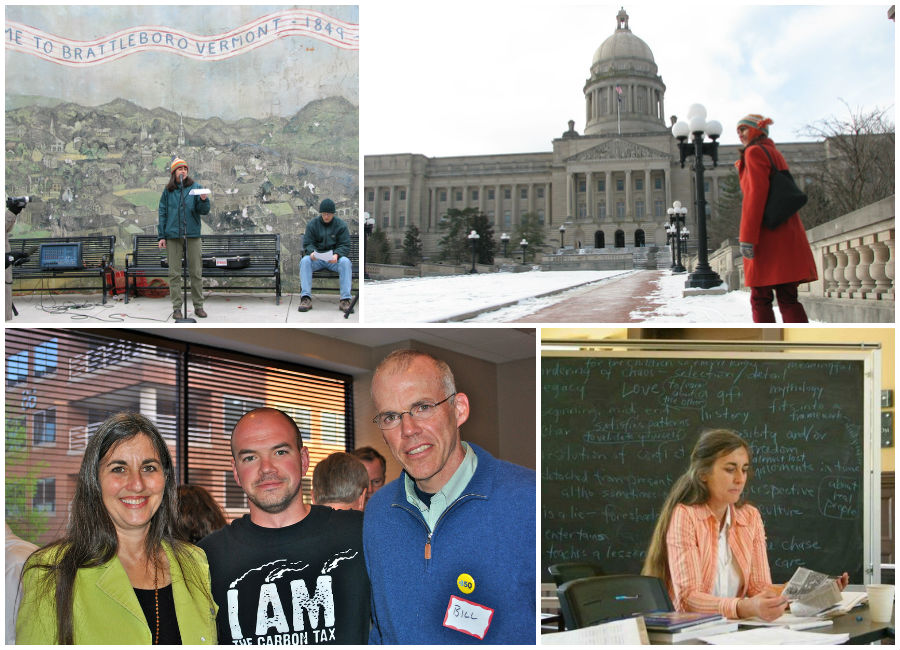 Janisse Ray fights to protect the lands of the rural South, particularly in her home state of Georgia. She has written multiple books on environmental issues and has been called the Rachel Carson for the “forests of the South.” Her latest work is on the issue of open-pollinated seeds and the revolution to save food from the industrial food corporate complex. Ray speaks around the country on environmental activism, when she isn’t on her farm in rural Georgia.

She recently wrote a striking expose on the hazards of coal ash in small towns in the South, where residents and the land face risks from toxic waste. Ray was also inducted into the Georgia Writers Hall of Fame last year for her memoirs and writing on the environment.

Through her writing, she mourns the changing cultural and environmental landscape of the South: “Naturally, having known something so beautiful as the rural South and its people, I find myself a bit lost these days,” she writes in her piece on coal ash. “What was here is almost gone. The people who thought trees were sacred and didn’t question that belief … who believed in manners first and foremost … who contained their complicated and colorful lives in story … who loved the land … who spoke with Elizabethan lilt and lyricism … who didn’t mind hard work…” But even while she mourns, she continues spreading the message of respect for the Southern landscape. 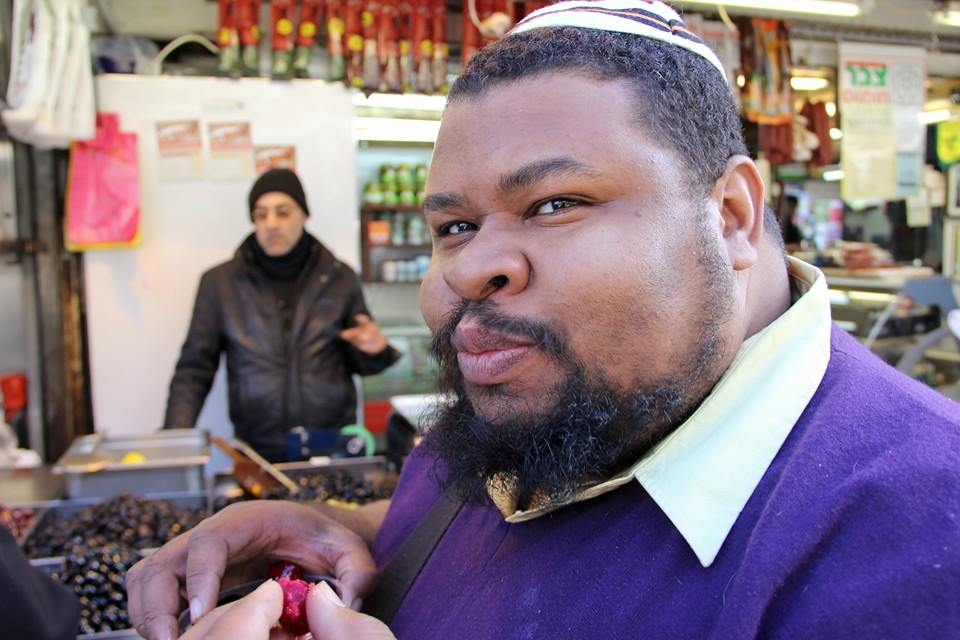 Michael Twitty is a food scholar and Southern chef who explores the African roots of Southern food, using food to tell the story of Southern culture and history. While he spent years learning to cook from his grandmother, working as a Smithsonian Folklife intern, and studying and writing about food on his blog Afroculinaria, his name became known not for all of his meticulous work, but for what is now common in the internet age — a viral post. Specifically, Twitty wrote an open letter to Paula Deen after she used a racial profanity. In his letter, he scolds her for erasing the African history wrapped in Southern food but ended by inviting her to cook a meal together.

A Jewish convert, Twitty loves how the black and Jewish communities “use food to talk about their past while they eat it,” as he told the Post. He focuses his food study on two brands: Kosher/Soul and Antebellum Chef. Within the Antebellum track, he writes that “The responsible exploration of the Southern food heritage demands that the cooks of colonial, federal era, and antebellum kitchens and enslaved people’s cabins be honored for their unique role in giving the Southland her mother cuisine”. But even with all the recognition — Twitty has been a TED fellow and plans to publish a book — he remains committed to growing, cooking, eating, talking and always sharing about Southern food. 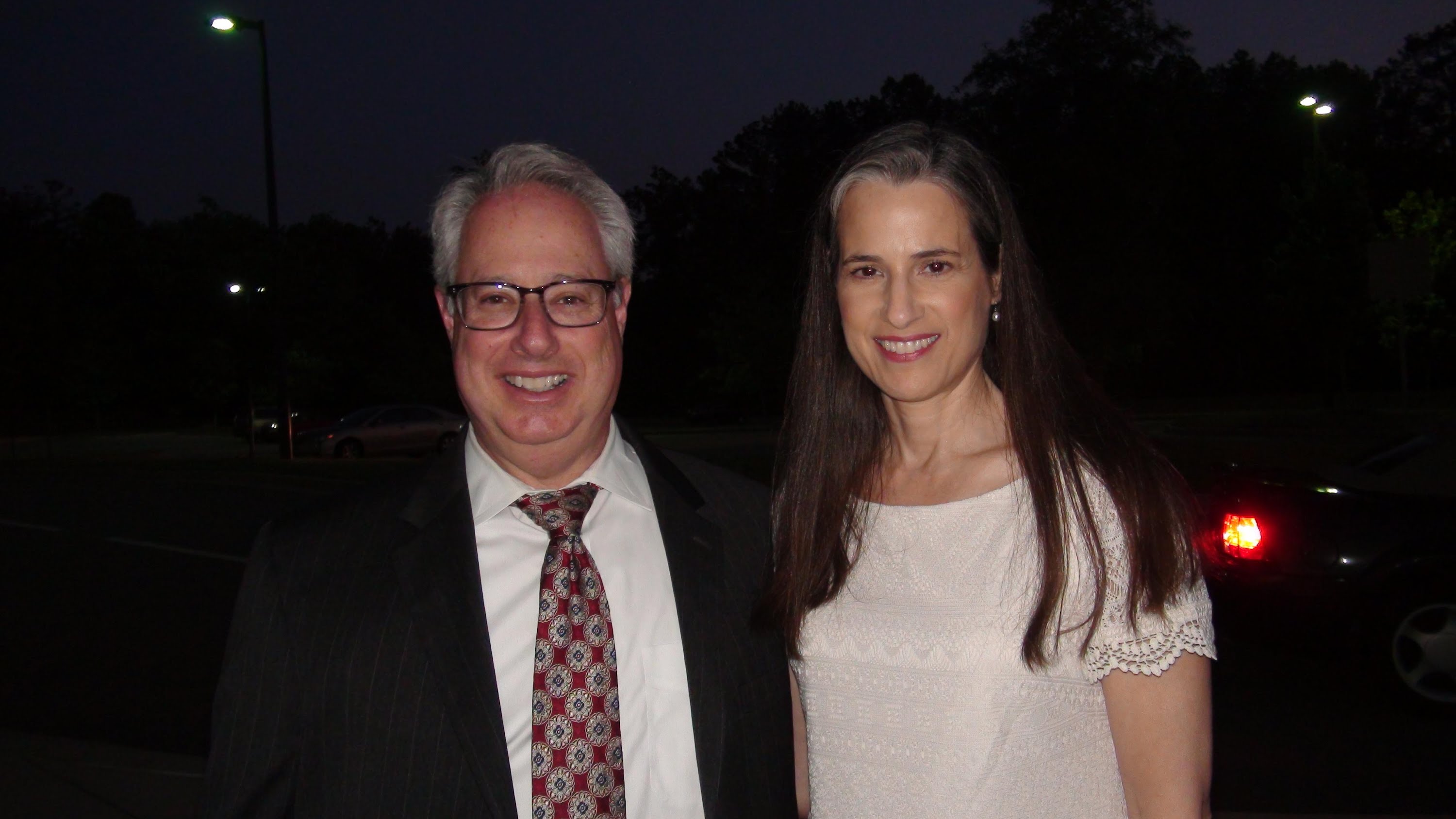 Sam Olens is the Attorney General of Georgia, and the first Jewish politician elected via a statewide race. Olens has made it his goal to end sex trafficking in his state. Thanks to his work, Georgia has some of the toughest laws against sex trafficking in the United States. Olens appointed a state prosecutor, Camila Wright, solely to tackle the tough issue of trafficking and both were honored last year by the nonprofit Civil Lawyers Against World Sex-Slavery for their work.

Referring to his work with anti-sex trafficking nonprofits, Olens told NPR Atlanta “It’s been my honor to assist them, but it’s also what we’re supposed to do to protect those that have no one looking out for them.” Olens is carefully non-partisan in his position as Attorney General, although he caused a stir when he told Georgia governor Nathan Deal that he couldn’t block Syrian refugees from being settled in the state. Whenever he is questioned about his future political plans, he refers again to how he wants to strengthen anti-trafficking laws, and that’s where his focus lies.

Tagged
Culture Sustainability United States
What did you think of this story?
Meh
Good
Awesome