01:00 May 5, 2020
Top Countries
Top CitiesView All Destinations
Trending Countries
Trending Cities
Load More
Cuisine is intricately woven into the tapestry of life the world over. 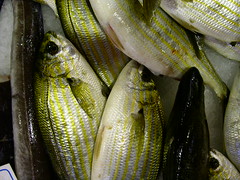 FOOD IS JUST AS much a part of culture as language. Eating local is a big commitment for travelers, but it can serve to make any journey more memorable and unique.

Sadly, traveling can sometimes be an excuse to eat quick and easy food, to walk between those ubiquitous golden arches for just one little cheeseburger. At home, most of us would prefer a delicious, well prepared Chinese or Thai dish to a value meal monstrosity, so why do so many travelers stuff their faces with imitation Western comfort food?

Many of us, in life and especially while traveling, see eating as a chore no different from filling up the gas tank. When traveling, we’re often tired and frustrated, so just about any old crap will do to put some weight in our stomachs.

Additionally, we’re often looking for some semblance of home to soften the bombardment of culture shock, and so we opt for something bland, familiar and safe.

I’m reminded of the time my friend and I were wandering around Hanoi, and two foreigners asked us if we knew where to get “normal food, not this Vietnamese stuff.”

Well, brave new travelers can do better. Avoiding local food is just as egregious as ignoring any other aspect of the culture in which you’re ostensibly trying to immerse yourself.

Let Your Food Be Your Medicine

Eating poorly won’t lead to long-term health problems, but it can make you feel low-energy and miserable.

Staying healthy on the road is important. Dehydration gets most of the spotlight when talking about preventable health problems while traveling, but it’s very easy to load up on carbohydrates and fats while ignoring things like vitamins, protein and even salt.

If you’re only traveling for a short time, eating poorly won’t lead to long-term health problems, but it can make you feel low-energy and miserable.

Eating a wide variety of local cuisine is the best way to make sure that your body gets the nutrients it needs to function at an optimum level.

Eat Where The Locals Eat

Many guesthouses and backpacker restaurants, especially in Southeast Asia, serve local food right alongside omelettes and pizza, and for many travelers, that’s where the exposure ends.

But while the local dishes in backpacker restaurants may be somewhat authentic, they’re often altered to cater to western tastes. The people who actually live in those towns aren’t eating at tourist establishments, so you’re better off hunting down the street-cart or hole-in-the-wall where food is prepared to the local taste.

The same general rule applies everywhere in the world: If there’s a crowd, there’s a reason.

Every town and neighborhood has its famous restaurants, but more than likely they aren’t written about in any English guidebook or magazine. The only way to find them is to cruise the streets around mealtime and ask for recommendations from locals.

Learning a language on the road can be a rather involved proposition, but learning to read a menu only requires memorizing a few words.

Figuring out how to say basic ingredients like Ã¢â‚¬Ëœpork’, Ã¢â‚¬Ëœbeef’, Ã¢â‚¬Ëœchicken’ and Ã¢â‚¬Ëœvegetables’, along with various methods of delivery like Ã¢â‚¬Ëœbarbecued’ and Ã¢â‚¬Ëœsoup’, can allow the hungry traveler to decipher at least a few entries on every menu.

A little menu-lingo can also help when shooting in the dark – if you’re looking for something new but you know you’re in the mood for chicken, you can often just ask for it and prepare to be surprised. 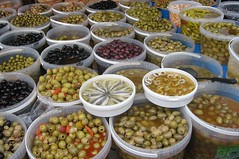 Nearly everything you can order in a restaurant can also be found in a grocery store or market. While you might not have access to a decked out kitchen or boast the technical skills to whip up an edible soufflé, that doesn’t mean there aren’t cheap self-catering options available.

In places like Europe, Australia and New Zealand, the prevalence of kitchens in hostels is a huge boon. While this usually ends in chicken soup or canned ravioli, it can also be a great opportunity to try the local beer or wine without splurging at a bar. In France, staples like great bread and cheese are cheap, ubiquitous and require no cooking.

In the West, we’re generally used to a plastic wrapper with a flavor packet full of salt, but in Asia instant noodles are serious business.

In Asia, a traveler is far less likely to have access to anything more than an electric tea kettle, but there are still opportunities for self-catering. Fruit is a great choice – not only is it likely to have been grown locally and taste much, much better than its western counterpart, but tropical countries tend to produce unfamiliar and delicious fruits. Prepare for a taste sensation!

In addition to fruits – and this is going to sound strange, I know – check out the instant noodle selection. In the West we’re generally used to a plastic wrapper with a flavor packet full of salt, but in Asia instant noodles are serious business. It’s not out of the ordinary for them to come with up to five flavor packets, containing such fantastic things as dehydrated vegetables, freeze-dried shrimp and chili oil to taste.

Don’t Be Afraid To Eat Alone

Markets and grocery stores are cheap, easy and authentic, but relying on them too heavily can be a mistake, because so much of local cooking depends on the preparation. Since we can’t always have the privilege of being invited into a kind local’s home, restaurants are sometimes the only viable alternative.

Many people (myself included) feel embarrassed walking into a restaurant by ourselves and eating a proper meal alone. But even when traveling in a group eating solo in a restaurant can be a necessity, as you may be the only one who is genuinely interested in trying some new sort of food.

Getting over the fear of standing out while eating alone is difficult, but the easiest way to avoid feeling awkward is to bring something to do while waiting for your meal. It’s a great time to read a book, plan your day or fill up that journal you’ve been neglecting for a week.

This is without a doubt the most difficult hurdle when delving into foreign cuisines.

The world is a buffet, and those who do not travel eat only one dish.

Concepts like “vegan” and even “vegetarian” have yet to catch on in most non-western countries, and even in some more conservative places in the West, so in order to truly sample local cuisine travelers may have to suspend a few of their ideas and preferences about diet.

Oftentimes, the issue that arises is not so much obvious chunks of meat as things like broth and flavoring.

“Vegetarian” soup in many places simply means no meat – not necessarily what it may mean at your local diner. Sometimes, only red meat is considered non-vegetarian, so poultry and fish are fair game.

There are arguments going every which way on this issue, but ultimately whether or not to suspend one’s dietary preferences is a very personal decision that every traveler must make for themselves.

So go, eat and be merry! Humorist Steve Almost calls good food “one of life’s most consistently attainable pleasures,” and I tend to agree.

Your trip will undoubtedly be improved by eating adventurously and often. The world is a buffet, and those who do not travel eat only one dish.