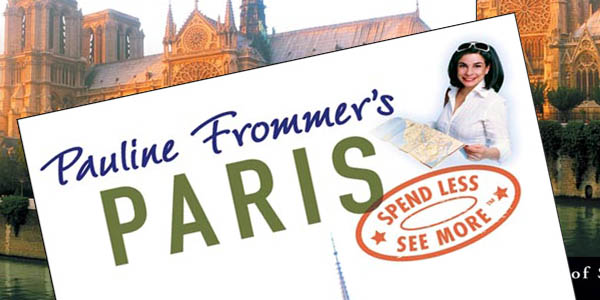 Pauline Frommer discusses the future of travel guides and her own personal travel experiences.

Pauline Frommer might be The First Daughter Of Budget Travel, having grown up around her father’s guidebook dynasty. She is currently the editor of her own series (The Pauline Frommer’s Guides), a CNN travel regular and voices a weekly radio show, which she co-hosts with her dad, Arthur.

As I recall, you’ve just spent quite a time researching Las Vegas. How much time have you spent there?

I was there for about a month. I spent two months there for the first edition of my book and I was updating it. The problem with Vegas is that it changes every minute. Especially in this current economic crisis. Prices there are plummeting, mostly because the city has lost about a quarter of the flights that used to serve it.

I can see how it would be hard hit. In 2009, what happens to the five star hotel that relied on steady flow of $500 a night, rack-rate clients?

They are very, very quietly discounting. If you go to their websites they will still quote you that $500 per night rate. If you go through a discounter, you’ll find that you get them for $150 or $200 per night.

The truth is that every part of the travel industry – budget and luxury – is in huge trouble right now. I think that the luxury operators are trying desperately to hold onto their pricing, hoping that some suckers won’t recognize that things have changed.

You seem intent on helping people be at home in new places, whether it be a apartment rental vs hotel, or a neighborhood restaurant versus a bistro with three forks and four knives per place setting. How did that end up becoming a mission for you?

My father and I have always approached travel politically, in a certain way. We both believe that we wouldn’t be electing the leaders that we do if we were a better-traveled people.

I know that there are much more helpful things I could be doing but within travel, I would never do luxury because I love to open doors for people who think those doors are closed to them. That’s part of it.

The other part is that I think the best experience one has when one is traveling is meeting actual folks in the places that you’re going to, rather than just the concierge at your hotel.

I love a term that I read amongst your writing. “Complain Effectively.” What kind of things do people do incorrectly when trying to sort out a dicey situation?

Nobody gets anywhere by screaming and shouting. You have to ask very calmly to speak with someone who actually has power – usually that’s not the person right in front of you. You catch more flies with honey, as they say.

People have created careers around travel problems. They make it sound if it’s incredibly important if you are delayed, that you make sure that you get on the next plane out. That might give you a little bit more vacation but you also might take years off of your life with the stress you are causing to your heart, by screaming at the person, “I have my rights!”

Sometimes things are going to go wrong. That’s the nature of travel. Travel is about exploration. It’s not about what your rights are, in my mind. I think that it’s an ugly way to approach travel.

It was fascinating to watch print guidebooks try to integrate a web component. Frommer’s was one of the first to really start digging into how this might be done. As the founding editor of that site, can you tell me a bit what that was like to figure it all out?

There was no blueprint whatsoever. We really were trying all kinds of things. It was a very exciting time. It felt like the gold rush and the immediacy of being able to talk to readers, to hear directly what their questions were.

I would spend 90 minutes a day just answering emails and giving travel advice. I still go onto the Frommers.com message boards and answer questions for people because I find it incredibly helpful to see what the questions are.

With print, a trusted name generally leads you to solid reviews and information. Online, you might be getting a cloak and dagger review from a hotel manager. How can you spot good advice on the internet?

My father keeps posting blogs about how you have to be careful with user-generated reviews. Everybody writes back, “I can tell when they’re fixed.” I don’t think you can. There are people hired by these hotels – it’s called â€˜buzz marketing.’ They understand that a great review on Tripadvisor leads to a huge uptake in business. I think it’s important to read the trusted names.

Yes, you can look at Tripadvisor and the like. They can be helpful with trips like if there is construction nearby, but I think you really need to take it with a grain of salt. 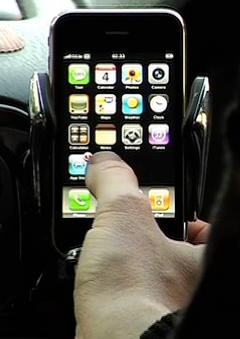 I have friends that can’t find a bathroom without locating it on their iPhone first. Everything seems to be moving between two fingers…where do you think travel print will be in five years?

I think print will all be online, probably. It just seems to be going in that direction. As a web editor it was very interesting to learn how to edit on the web.

A lot of it was about how difficult it is to read things online – it’s just hard on the eyes. So you had to write in a different way, you really had to nugget-ize the information. I became very conscious of where I placed photos and things like that.

I think that those concerns seem to be going away with this next wave of technology. The Kindle is very easy on the eyes…as the technology gets better for reading these things, I think that paper books may go the way of the dodo bird.

You have two kids under ten…what did you learn from your parents about traveling with children?

If you talk to my father about traveling with children he will give you one word; â€˜don’t.’ He thinks it’s a waste of time and money.

I do not. I think what I’ve learned is that you try to make things fun, that as they get older you integrate them into the planning of the trip, so that they have some kind of feeling of ownership, so that it’s not just something that is happening to them, that they have a say.

You’ve got to be willing to take some time off from the usual tourist things and just go sit in the park. I have to say, that can be the most fun part of the vacation because you meet local parents.

You’ve seen your share of must-go destinations come and go over the years. Is there one place that has stayed tried and true for you?

I think that a lot of travel writers have this idea that if it’s not discovered, it’s not worth going to anymore. I think that there is a reason that certain destinations – like Paris, New York, The Grand Canyon – are on the perennial must-do list. It’s because they have incredible riches and wonders.

Yes, you might have to see them in a crowd of tourists…but quite honestly, the must-go-to’s haven’t changed that much in the past 20 years.