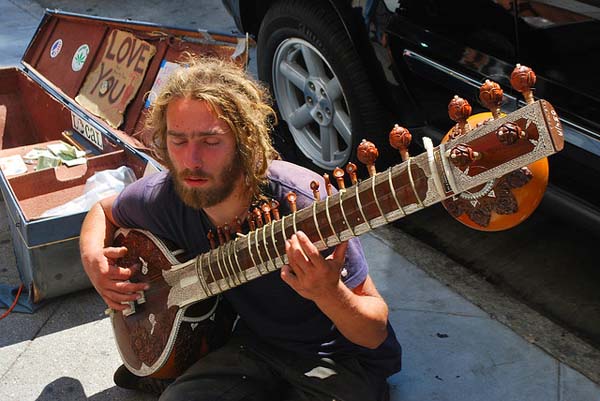 This is the first of a new series in which old pieces are revisited with new minds.

I THOUGHT IT fitting that I begin this new monthly series with an article posted by one of my favourite regular contributors, Daniel Harbecke. After all, this series was his suggestion. But more than that, his writing exemplifies much of what we strive for at BNT — a deep introspective look at ourselves, challenging conventions and promoting spiritual, philosophical, and intellectual growth.

And speaking of growth, this series is a great metaphor for it. Stories are written in a moment of time. How have the authors progressed — as humans, not as writers — since they first wrote the article? Do they still agree with their sentiments? What, if anything, has changed?

This month’s Blast From the Past is Budget Travelers Are Hippie Scum. This is particularly special for me as it is the post that got me hooked on Brave New Traveler and, in extension, Matador. The article is a satirical stab at stereotypes and judgment. An excerpt:

[Today’s hippies] don’t live on communes. They’re skeptical about love being “free.” And though some will hug trees, you can’t make them do it for very long. Weird.

To the literal-minded observer, this is sheer chaos. How do you make sweeping judgments if you can’t go by appearances? What’s wrong with these people? Did they miss orientation? Are imitation hippies worse than hippie hippies? Who’s counterfeiting hippies?

Shockingly, hippies aren’t the only ones doing it wrong. It’s common to see baseball caps without baseball players under them. Biker jackets, in Buicks. Cowboy boots nowhere near the Range.

It resonated with me because I had just finished a long-term budget travel trip. 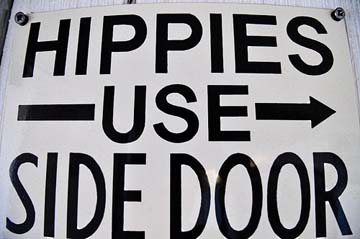 I was re-settling into the corporate world to earn a few bucks. Dressed in business slacks and a dress shirt, I felt like a fraud, and this got me to thinking about how I might be perceived. Inside, I certainly didn’t feel the way I looked on the outside.

I asked Daniel what he was thinking when he wrote the piece, and what he thought now:

Honestly? I was angry, and wanted to do something constructive with that anger. I’d read a comment from some troll who felt he was on “the right side” and wanted to make someone feel small for daring to think for themselves.

It was very simple ignorance, the same retread “long-haired, Birkenstock-wearing, tree-hugging” yak yak that made it beyond worthless. When someone tears at another group by making them into things, it’s not so much the rudeness that bugs me. It’s that the people spouting this crap truly can’t see how it connects to the worst of who we are and have been. It was that blindness I wanted to attack: the bullying, tedious dark which travel writers try to shine their light into by sharing what’s outside our little corner.

But if you can’t convince someone their head is up their ass because they enjoy the view, you just have to laugh at them. So I towered the stupid as tall as I could to make it fall all the harder. What’s scary is that some missed the satire because I didn’t pile it high enough to compete with the Ann Coulters of the world. People like her? The Rosetta Stone of comedy.

“Laugh hard at the absurdly evil.” I saw that in a museum in Sweden, though it belongs out with the people. I felt way better after writing the piece. Life is good.

Have you been reading BNT long enough to remember this post? What was your initial reaction to it?

If it’s your first read of it, what did you take away?