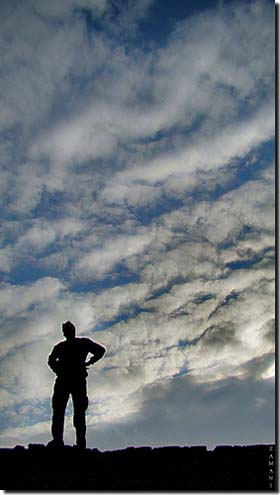 GIVEN THE STATE of flux that Matador has been in over the past several months (e.g. the Community makeover and all the blogs being consolidated into a single URL) it’s understandable that many readers still see Brave New Traveler as a separate entity to Matador Network.

The fact is, we’re all one big happy family. That said, it’s a big honor to have BNT nominated as a Top 10 Travel Blog site by Christopher Elliot, consumer advocate and journalist. Christopher is a columnist for National Geographic Traveler magazine and a regular contributor to its blog, Intelligent Travel.

His work also appears at the New York Times, MSNBC.com, and The Washington Post, among others. And he’s appeared as a travel expert on networks such as CBS, NPR, and CNN. His full biography is available here.

If you’d like to cast your vote (hopefully for BNT!), visit his Favorite Travel Blog of 2010 post.

It would have been easy to miss. There was no announcement. As already mentioned, all 11 of Matador’s blogs have been brought under one roof.

Each blog focuses on a different aspect of travel, perhaps making Matador Network the most “holistic” travel site out there. But that’s not all we are. Make sure to visit our About page to learn more. You might be surprised what we’re up to these days.