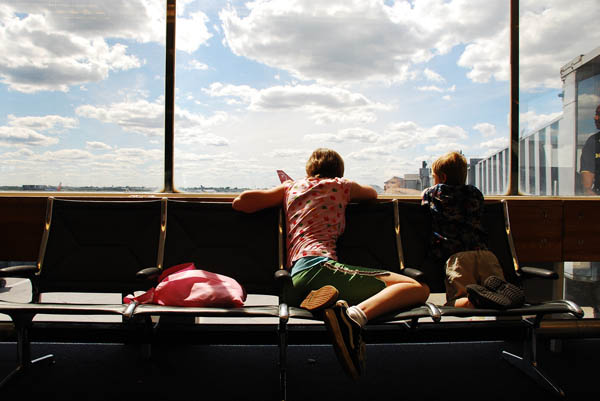 The known is safe while the unknown is a mystery. This causes fear. What you do with the fear makes all the difference.

“YOU SHOULDN’T MOVE around so much. Did you know that take-offs and landings are the most dangerous parts of flying?”

A mother once said to her giddy eight-year old daughter, who was swinging her legs wildly, to somehow calm her down as the plane began its ascent.

Those words haunted me since.

What began as a few innocent words of a parent trying to make her child behave morphed into a phobia.

I was born traveling. I was a fetus when my mom rode the plane to the US, and a month-old baby when she brought me back to Manila, Philippines, my hometown. My parents loved going abroad, and they took me and my younger siblings everywhere at least once a year.

It used to excite me as a kid to watch the landscape become smaller and smaller until the clouds blocked the view from the oval plane window until it re-emerged again, every time different. That was, until my fear of flying kicked in.

I should have been used to traveling by plane, but what began as a few innocent words of a parent trying to make her child behave morphed into a phobia.

Growing up, I tried to talk myself out of it, to be rational about it. Nevertheless, it was as if my phobia took on a life of its own. The symptoms emerged soon after: the sweating, the heart palpitations, the tears, and the paralyzing fear.

Since then, I dreaded getting inside a plane. A month before a trip, I would make a futile attempt to talk my way out of it. A week before the day, my hands would get all clammy, and I would be short of breath at the thought of being airborne. 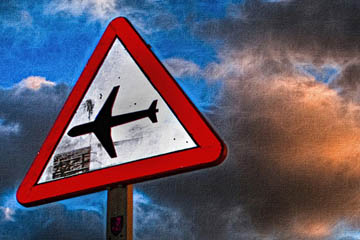 A day before, I would clam up and face borderline paralysis. I wouldn’t talk to anyone; I wouldn’t even eat.

On the plane itself, I would curl up into a ball, bury myself in a blanket, and cry as soon as the plane took off. I never travel without a rosary, and I hold on to it as if my life depended on it every time.

But here’s the important part: I still did it.

Masochistic as it may seem, I still forced myself to travel. Even though riding planes was torture for me, knowing what lay ahead as soon as the plane touched down gave me strength to go on board.

As a kid, my incentives for enduring a plane ride were meeting the fairytale princesses in Disneyland, getting lost inside the gargantuan Toys R’ Us in Hong Kong or being surrounded by thousands of books in an American bookstore that have yet to arrive to Manila.

As I grew older, these would be replaced by the giddy anticipation of bargain-shopping in Bangkok, the experience snow for the first time in Canada, or the sight of koalas and kangaroos in Australia.

Never would I see or experience all these by being stationary in my own country. Flying was a necessary evil.

Staying within our own comfort zone makes us feel safe and secure. At home there is very little possibility of getting lost.

We know the bad places to avoid, what to expect throughout the day, the places to find the best food or bargains. We deal with the same people everyday. We already know who to trust, who to be wary of, and how to treat them.

It is like living in a fishbowl: predictable, with little room for change and excitement.

Some people are content with that, and there is absolutely nothing wrong with it. But for people who have seen and experienced a bigger world out there, the thought of living in that sort of monotony would just as well make them feel claustrophobic.

Knowing that there are numerous surprises waiting outside is even more unbearable than the thought of flying.

I am one of the latter. Staying put in one place, without ever having to ride a plane again, would be nice, yet knowing that there are numerous surprises waiting outside is even more unbearable than the thought of flying.

After all, what is a few hours of enduring mental agony to gain an enriched life? So, I chose to rise above my fear.

While I eventually learned how to stop crying days befpre a plane ride, I still find myself closing my eyes and covering my ears during take-offs out of habit. The fears never goes away.

But as the engines roar into life and the plane’s wheels leave the runway, I remind myself that the destination is going to be worth it. Gradually along the ride, I lean back, and anticipate the adventures to come.

What fears have you conquered in order to travel? Share in the comments!