10:41 Feb 11, 2020
Top Countries
Top CitiesView All Destinations
Trending Countries
Trending Cities
Load More
Learning how to communicate with animals may be the missing link to respecting, and saving, the planet. 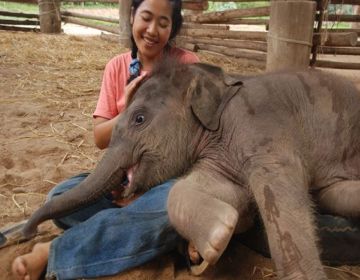 When we travel and think about expanding our awareness to understand other cultures, we are referring to “human” culture.

Most of us are not thinking about the culture of other-than-human-life.

I invite you to do exactly that – consider other-than-human cultures as part of your travel explorations.

Conscious travel can help, in little drops, to make our world a better place. Traveling to new cultures, we can advance the understanding between peoples who are different, bringing a bit more peace to our world.

Through opening to animal cultures, we may be healing a root cause of the ecological crisis.

Some environmental thinkers are convinced that the most fundamental difference between modern and indigenous societies (such as Native Americans, Amazonian tribes, Maoris, and Aboriginals) is that indigenous societies believe as an absolute fact that humans have the innate capacity to communicate with animals (and plants!).

It is no wonder then that ancient cultures have a remarkable degree of respect for all life. Experiencing all animals and plants by being able to communicate with them would make it much harder to severely damage the environment.

I began to wonder if this really is a long lost human capacity and not just a superstitious ancient world view. The best way to explore this, I figured, would be to personally experiment. 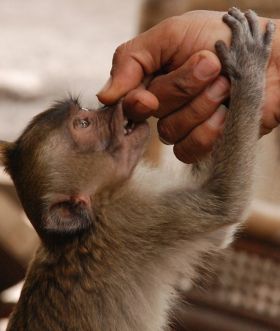 I reasoned that if communication with animals is an innate (albeit long lost) capacity that all humans have, the implications could be enormous.

First of all, it would mean that I personally could access this capacity. I began my explorations as a complete skeptic, quite certain that I could never communicate with a wild animal.

But I was brimming with curiosity, and at the very least I’d have some interesting adventures.

Secondly, if our “normal” state includes communicating with other living beings, we would need to be tuned into something other than our normal communication channels.

As far as we know, animals don’t share our higher capacities for language and reasoning. The channels where we could meet animals have to be with the more “primitive” aspects of being alive. These include physical and non-verbal domains.

In order to communicate with animals, we’d have to shift our moment-to-moment experience of ourselves, mostly in ways of how we experience our bodies. This could mean that through rediscovering how to be in relationship with animals, we might discover a different, perhaps older and more natural, way to be in our own bodies.

In order to communicate with animals, we have to shift our moment-to-moment experience of ourselves.

Animals possess an innate capacity to return to health and balance, and consciously interacting with animals can assist us in tuning into our own “zone” of balance and harmony.

Thirdly, if indigenous cultures live in a zone or frequency that is in relationship to the other-than-human-life forms, it would be possible to observe that they have different ways of “being,” such as how they move, sit, walk, talk, make eye or physical contact, than modern cultures.

In short, these cultures would feel different. It would not be a theory. It would be something that we could experience when we were around them.

I spent time with Native Americans in North Dakota, with the Bri-Bri tribe in Costa Rica, with Bedouin in the Negev desert in Israel and Egyptian Sinai, and old cultures of Zimbabwe. 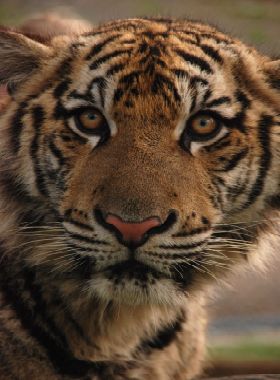 Indeed, they are different from “modern” people in how they move, sit, walk, talk, make eye contact and physical contact.

During these eclectic travels, I found myself around wild animals such as birds, lizards, wild deer, monkeys, elephants and baby tigers, and experimented with non-verbal domains.

I focused on the most “primitive” aspects of being alive – my breathing, heart rate, muscle tension, how my eyes focused and the most subtle physical sensations.

Wild animals absolutely responded to my experiments with shifting these physical aspects of my being. In many situations, it led to the animal feeling safe enough to make physical contact.

There is a “zone” that is natural for us, but rarely experienced in the modern world, that animals and indigenous cultures can help us reconnect with.

In that zone, we are often less verbal, often slower, often more “intuitive” and always more tuned in to what is going on within ourselves and around us.

There’s a state of exquisite connection with all living beings that is ours to rediscover.

Have you connected with a wild animal on a primitive, intuitive level? Share your thoughts below.

Loop from Boston to California and back on the ultimate US train trip When we travel again, don’t all rush to the first place that will take you The days of US passport dominance may be over 17 things you didn’t know about the Cook Islands 20 of the funniest idioms for people learning English